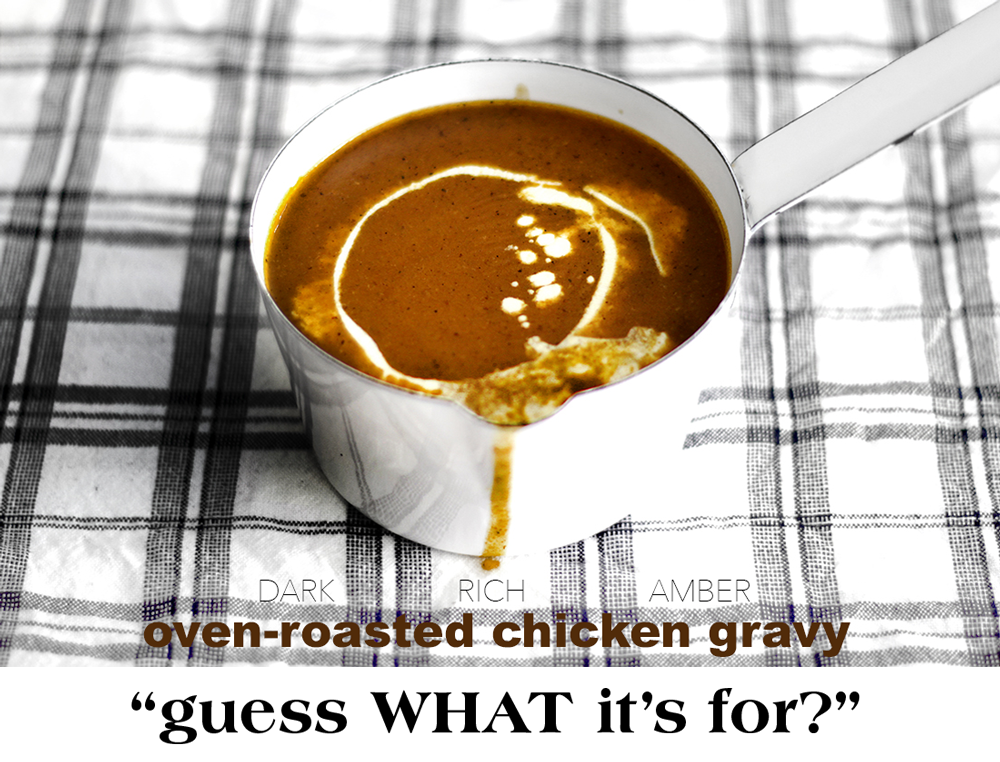 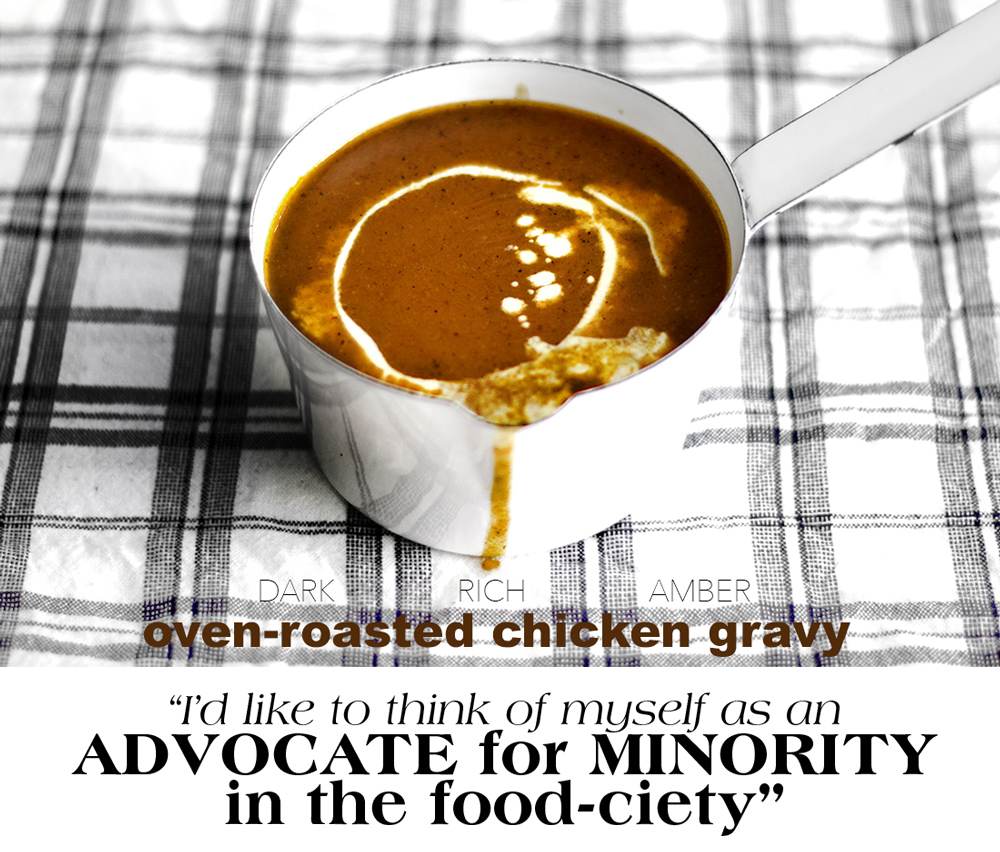 We can at least all agree that it sucks to live under someone else’s shadow right?  It’s a cruel life to carry if you know that you’ll forever be on the edge of someone else’s spotlight.  Does anyone aspire to be Robin who always looks comparatively ridiculous in his spandex and at least one foot shorter than Batman?  Whoever marries Prince Harry… well good luck, and frankly it makes you a loser if you are dating Harry Potter’s best friend What’s-his-name.  As personal experience goes, it’s quite depressing being my right face as my left-side always gets the photo-ops (shrugging my left shoulder). 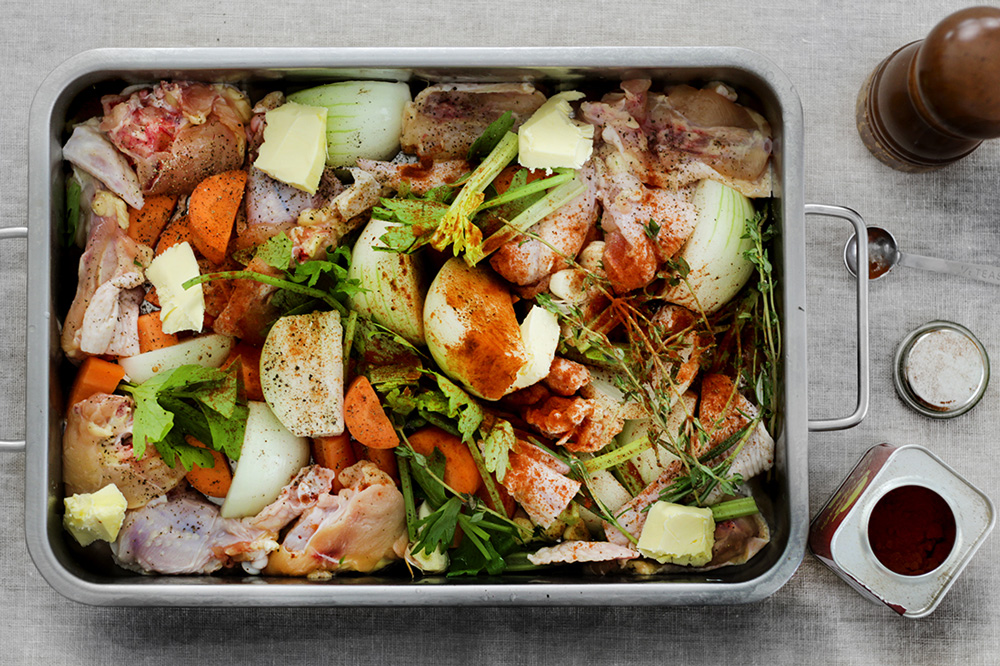 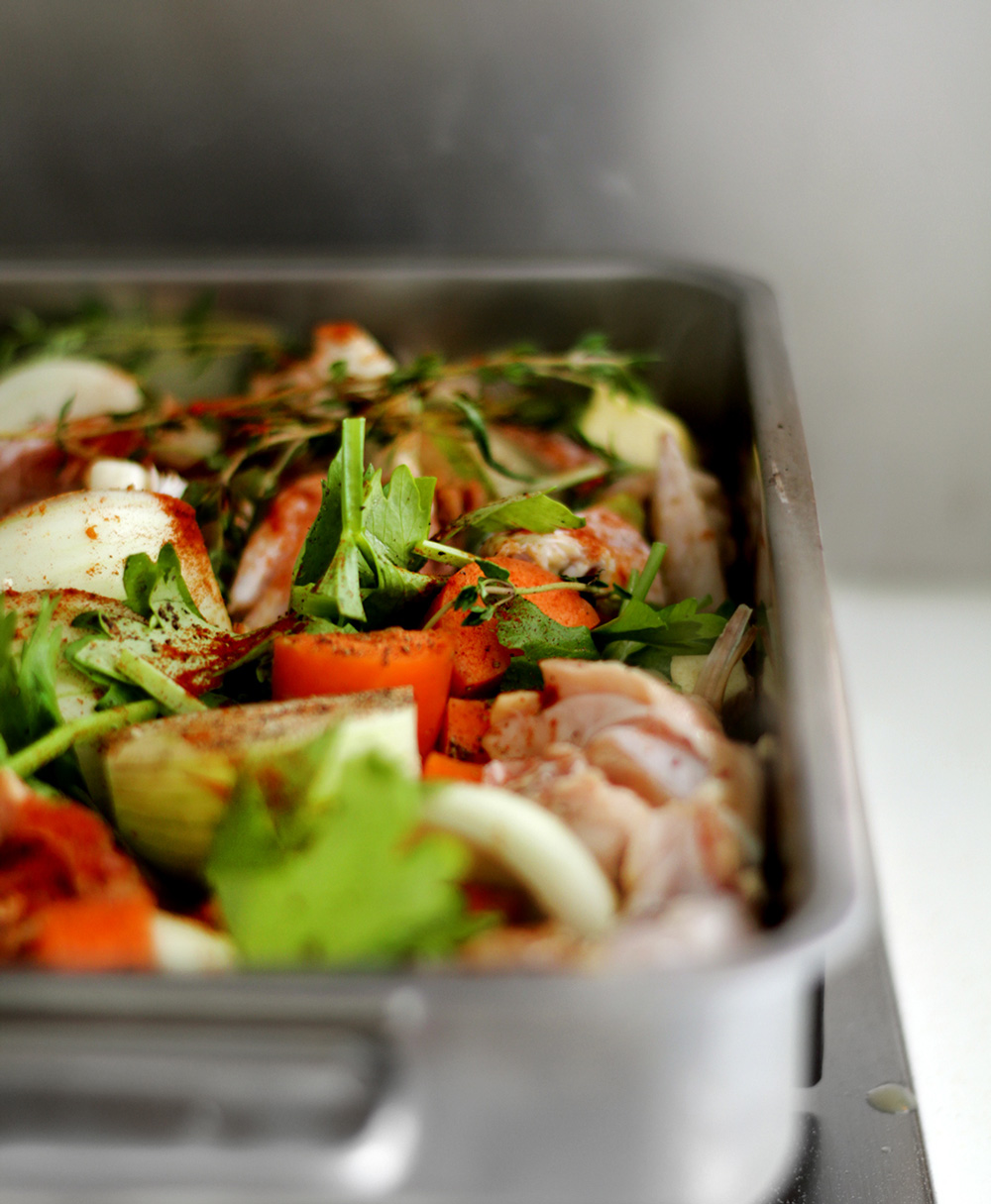 Despicably in the food world, such tragic beings are made and overlooked day by day, dwindling behind their own bitter grief in the kitchen sink to realize that the movie, isn’t about them… and tomorrow the story repeats itself.  I’m talking about the breads you toy around with the tip of your fingers before humiliating so publicly as you fall in love with the true heroine (whatever beautiful entries they are).  And the rice you tease and push around with sticks, then abandon to let dry in the bowl soiled with stains and disgrace.  OH it feels so dirty…  And I… I don’t even have the heart to look at the potato rolls, all buttered up pretty to receive the dance of its life with you but instead left in pieces on the plate… watching you tangling with the slutty lobster.  I’m talking about the out-shined, the outvoted.   It’s TRULY heartbreaking I think I just made myself weep (tear drops down my left cheek). 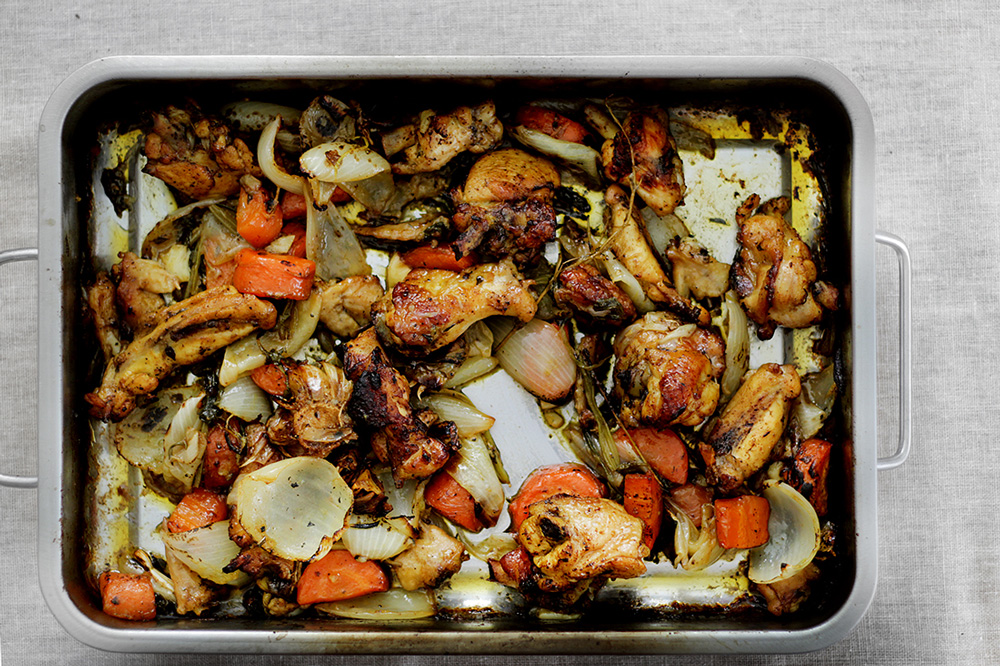 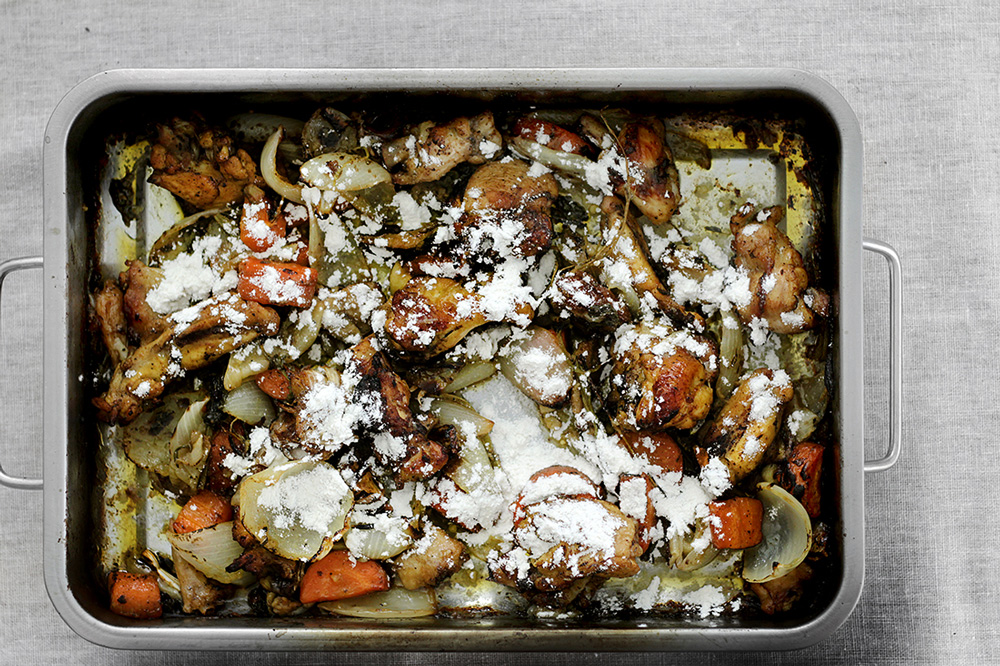 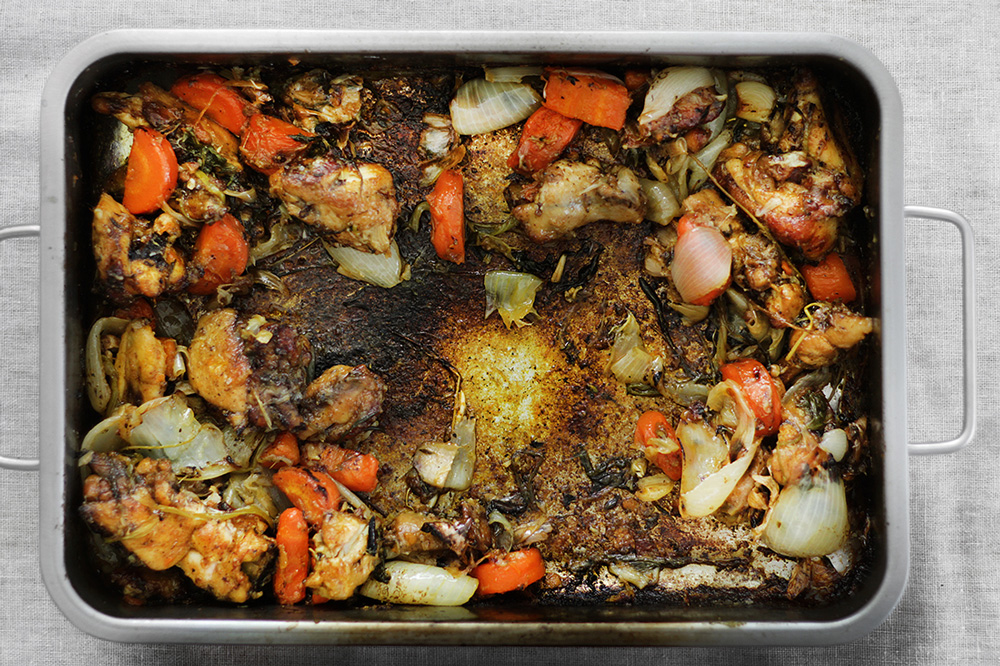 I’d like to think of myself as an advocate for the minority in food-ciety.  For me it’s always as much about THEM as whatever other people tend to focus on, and one of the most under-represented and commonly suppressed talent is – gravy.  Most says it’s a mopping liquid of whatever’s available on the roasting pan, an after-thought to company the roasted, never something worth constructing from the ground up on its own unless it’s from a very sad-looking package one picked up on aisle-five.  Here I say most are wrong.  It IS about the gravy and evidently Tyler agrees.  One lazy afternoon I came across my designated calling as I watched T Flo. attentively nurtured a large pile of ingredients with no other purpose but to turn them into the most mouth-watering gravy I’ve seen.  It was beautiful.  And glorious.  All these selfless members burning and sacrificing together to bring attention to a common underdog. 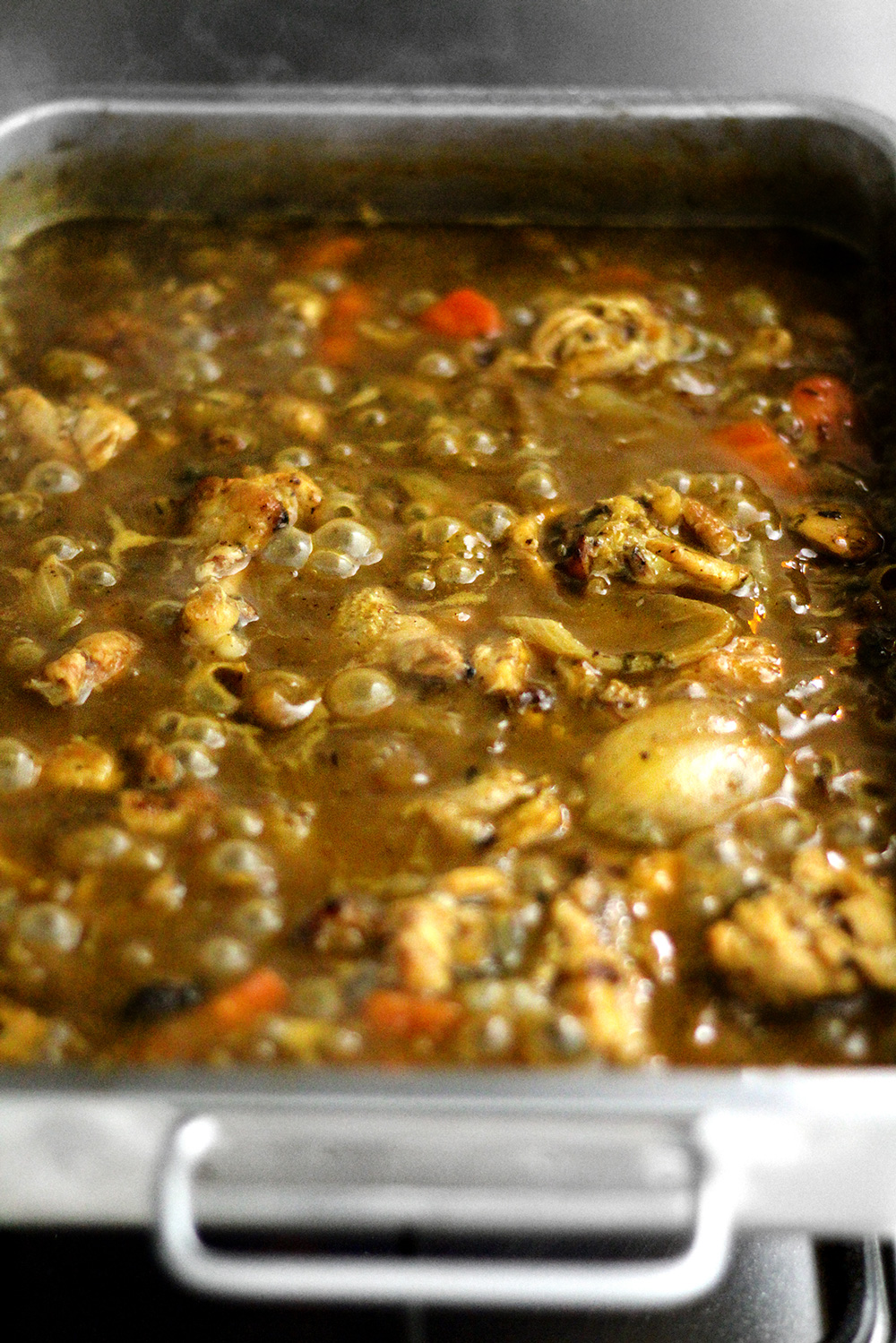 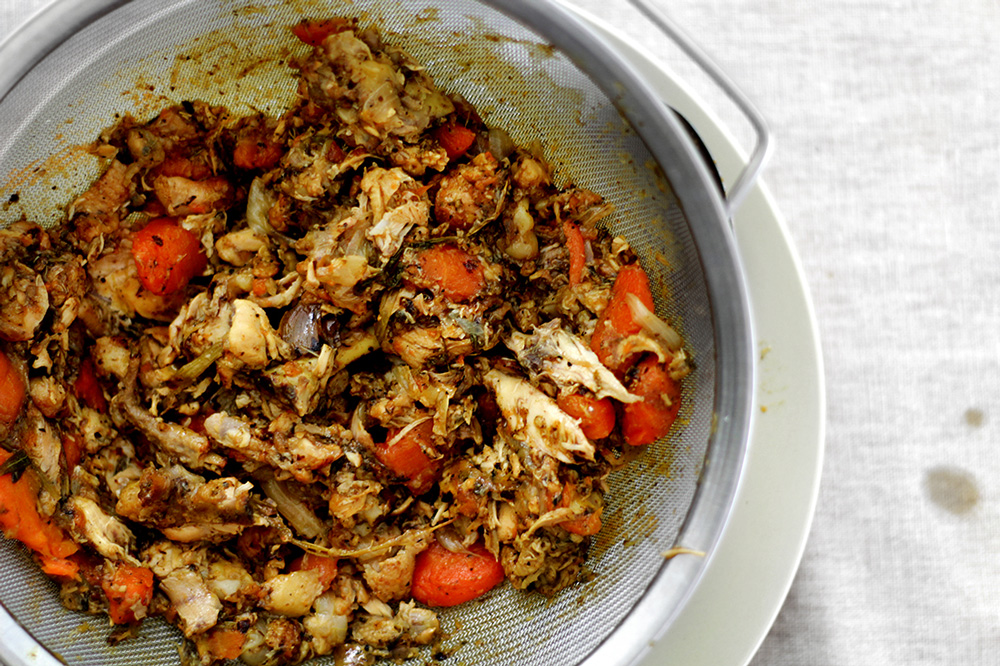 So the gravy repaid with excellence.  It was the Carey Mulligan story in Yummly-wood, the yesterday’s literary foil delivering an award-worthy solo performance in my kitchen, holding its own with confident ease.  I knew I was right and almost I-told-you-so myself.  Your next roast chicken would be giggly to roll with it at the dinner party.  That batch of boring old fries would be cool again by association covered in its golden brown sheen.  Dull taters throw themselves under the masher to be included in the party.  Even things that you don’t normally eat, your fingers, would look tauntingly delicious dipped and coated with its hypnotizing magic.  Don’t panic if you start digging in with a spoon because let’s just say you won’t be the first… 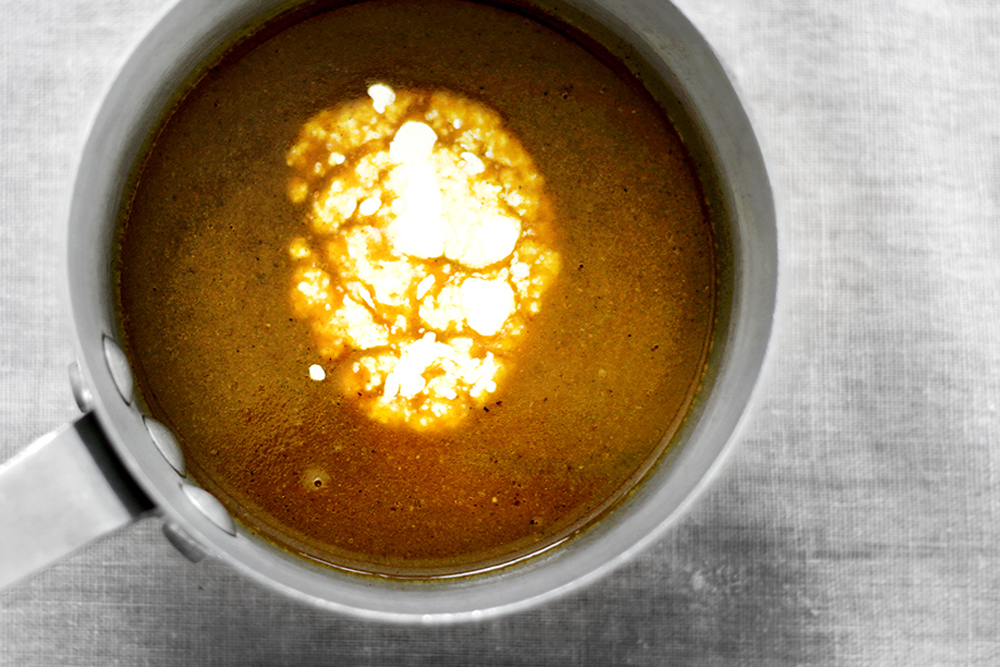 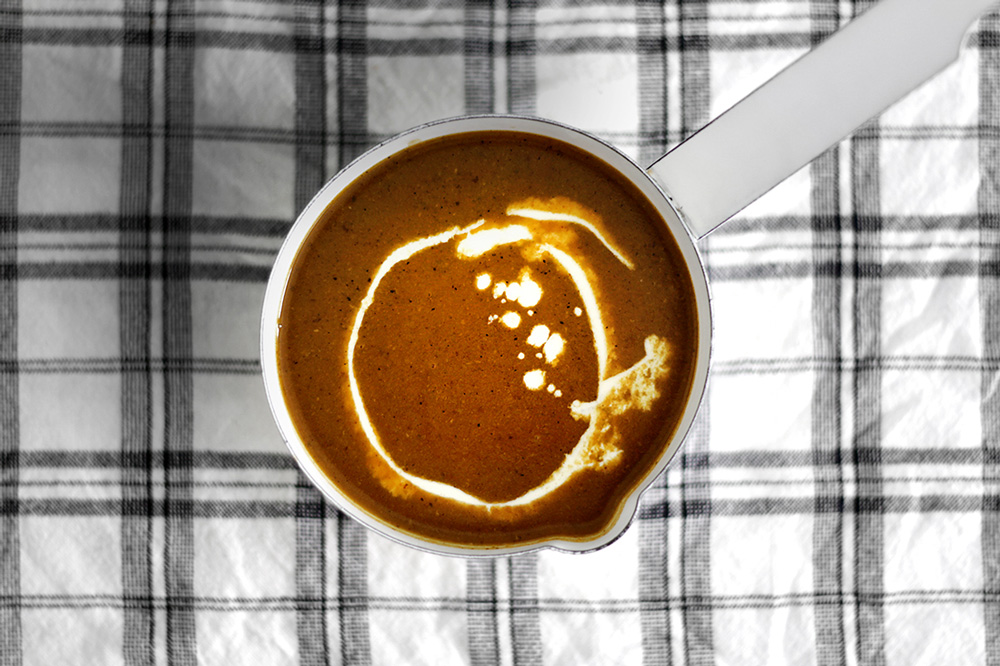 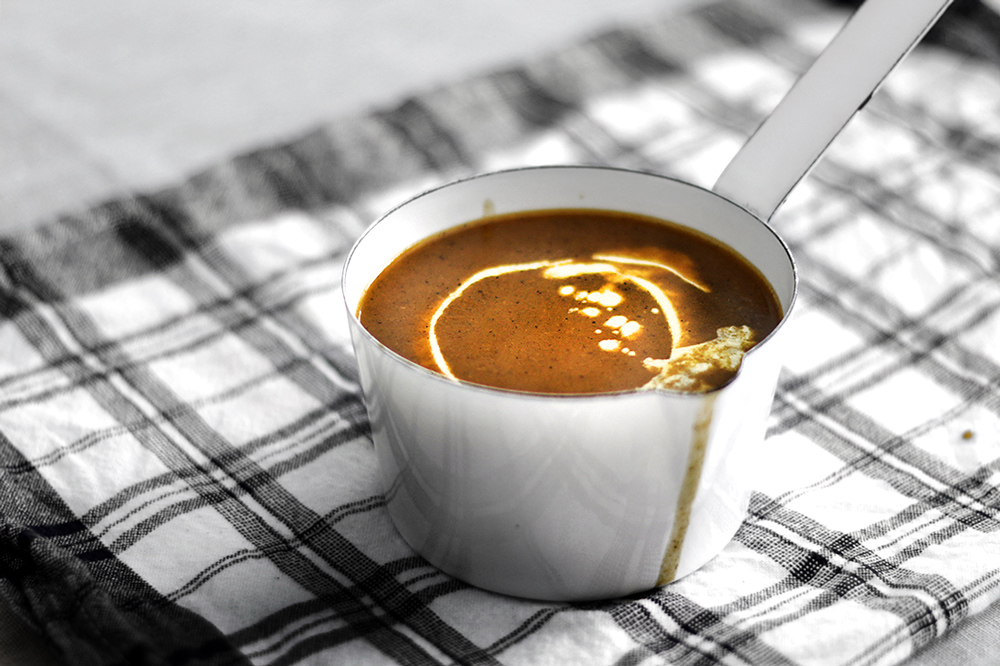 I added a few ingredients to the recipe – a few herbs, beef stock… a little cognac never hurts anybody and a little secret ingredient for color.  As far as the entire chicken wing goes, I cherish the middle-part the most.  So I removed the drumstick and wing-tips for the gravy and saved the middle for eating.  Feel free to use whatever parts you like for the equivalent amount.  If you happen to have some pork shank-bones or back-bones laying around… I’d say you are about to enjoy some kick-ass gravy.

In a heavy-bottom roasting pan, toss together the drumsticks/wing-tips, onions, carrots, celery stick, garlic, thyme, rosemary leaves, bay leaves, smoked paprika, black and white pepper.  Scatter the butter over the top in small pieces.  Heat up the roasting pan on the stove over medium-high heat and saute the ingredients until the vegetables are slightly wilted and the chicken wings are no longer pink, approx 5 min.  This will give it a head-start so it won’t take forever to heat up in the oven.  Now place the pan in the oven to roast.  Move the ingredients around with a wooden spoon every 15 min or so, and roast until you get a dark caramelization/deep brown on everything, approx 45~55 min.

Once you reach this stage, you can remove the pan and turn the oven off.  The gravy will finish cooking on the stove.

Set the pan on the stove over medium heat.  Add 2 tbsp of flour and saute.  Move the pan around to distribute the heat evenly until you have an even, very dark caramelization on the bottom of the pan.  Parts of it would almost look as if burnt (but try NOT to ACTUALLY burn it).  Now add the cognac, chicken stock, beef stock and bring to a simmer.  Scrape the sides and bottom of the pan to get every bits of the brown stuff.  Now here’s the trick.  If you would like to deepen the color of the gravy, add 1 tsp of super dark soy sauce.  You will never to able to actually taste it because of the minimal amount, but it will add an instant pop of color.

Keep the gravy on simmer until it is reduced by 1/3 (approx 3 cups of liquid left).  Depending on the saltiness of the chicken stock, adjust the seasoning with salt and freshly ground black pepper (I like to add white pepper as well).  Strain the gravy through a fine sieve and press on the scraps to extract every last drop of gravy the best you can.  Return the gravy to the stove and add the cream.

The gravy at this point shouldn’t be very thick at all, perfect in duet with roast chicken.  If you are after a thicker, sauce-like consistency, mash together 1 tbsp of butter and 2 tbsp of flour to a paste then add to the gravy .  Stir and simmer until the paste has melted into the gravy and keep simmering for another 2 min.

The gravy can be made days ahead and keep in the fridge until needed. 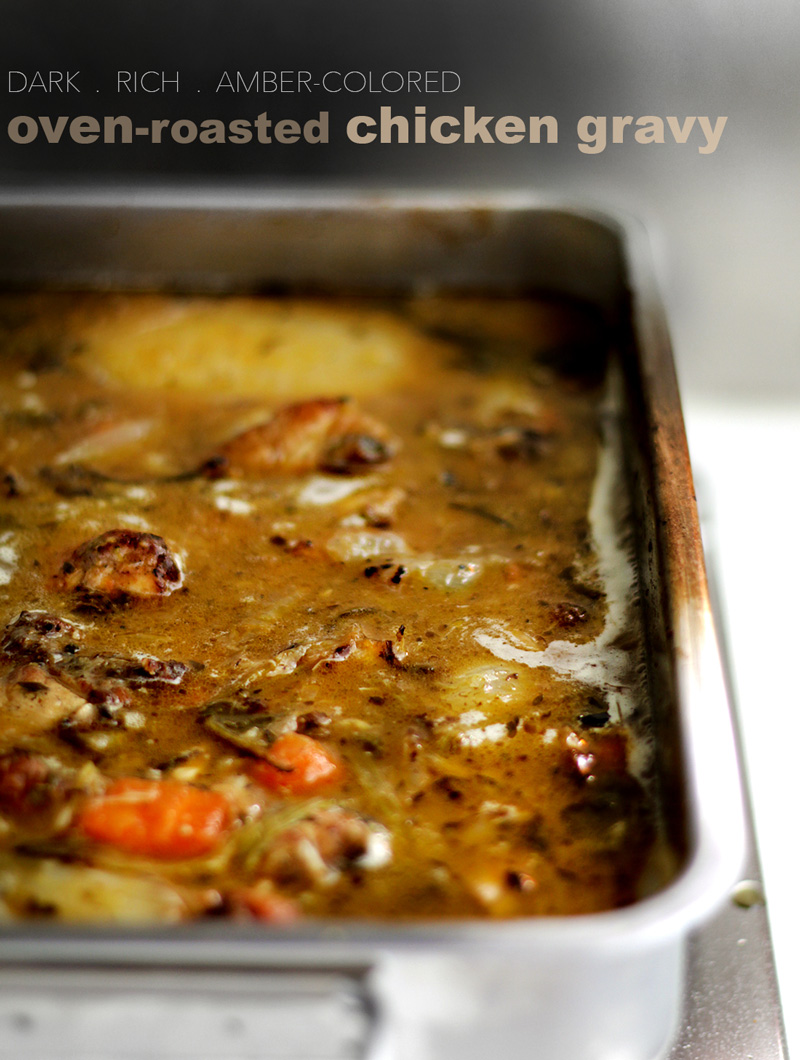