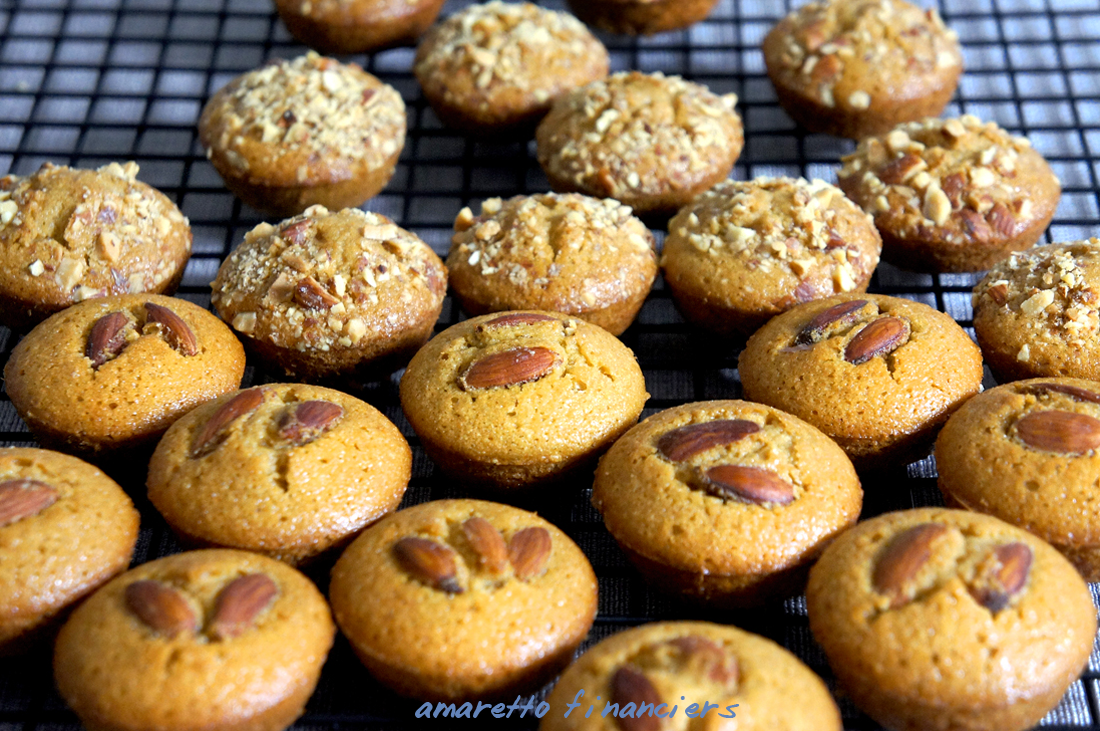 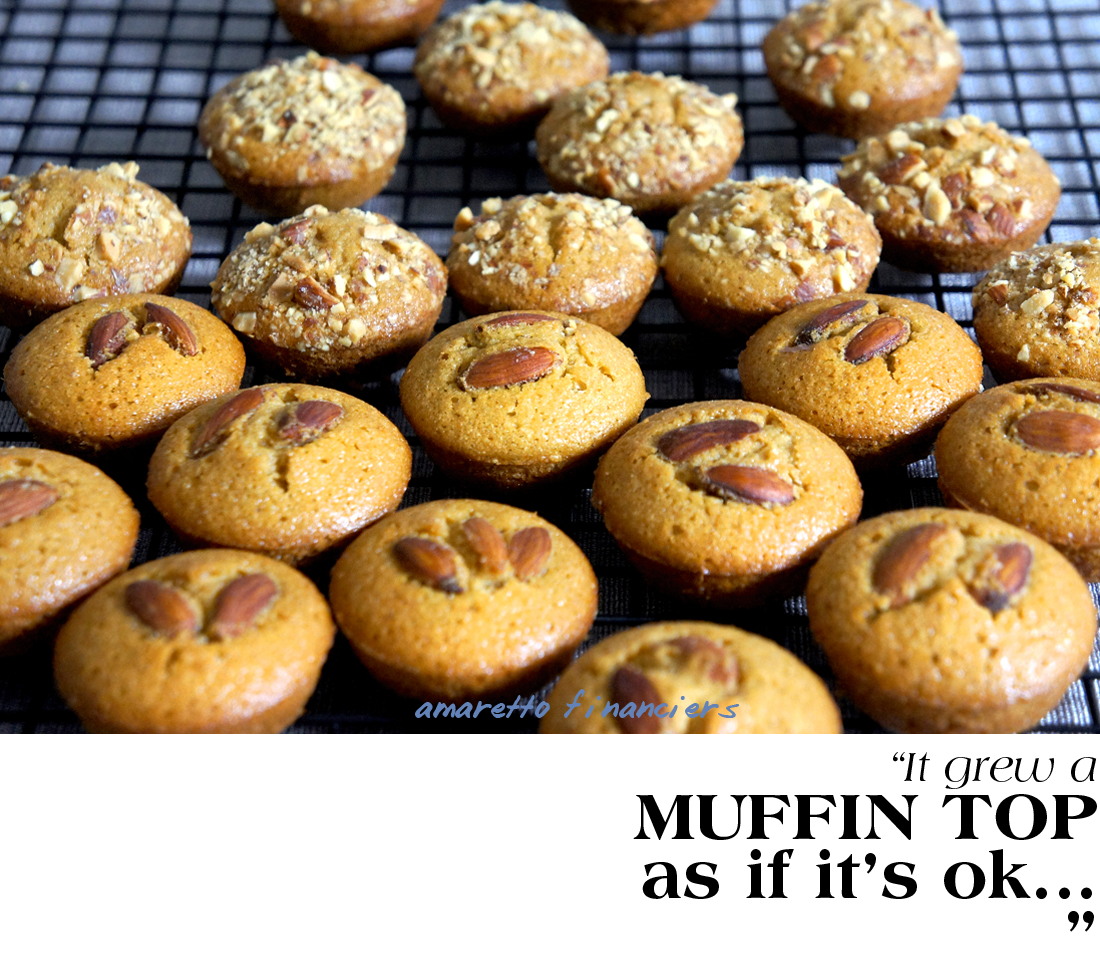 “My colleagues loved those mini muffins…”
“There are NOT muffins!  They are FINANCIER with a silent R, as in FRRRENCH!!”
“I know financiers.  They’re rectangular.  That’s not financier.”
“…. don’t comment before you GOOGLE!  I’m getting Jiaozi a new daddy.”

OK, that pretty much sums up my recent mental-stability.  But in my defense if I may, a word on why I go a bit nuts when my slightly-retarded-in-the-kitchen husband (but otherwise awesome) tries to give “input” to my cooking given that another (and so many others like it) conversation took place just the other day:

“Hey, can you do something with that tomato?”
“What tomato?”
“THAT tomato that’s being sitting on the counter for days!”
“You mean… the pumpkin?”
“…. oh…”

So you see?  How can I take cooking advice from a man like that?  PS: Jiaozi is my Maltese! 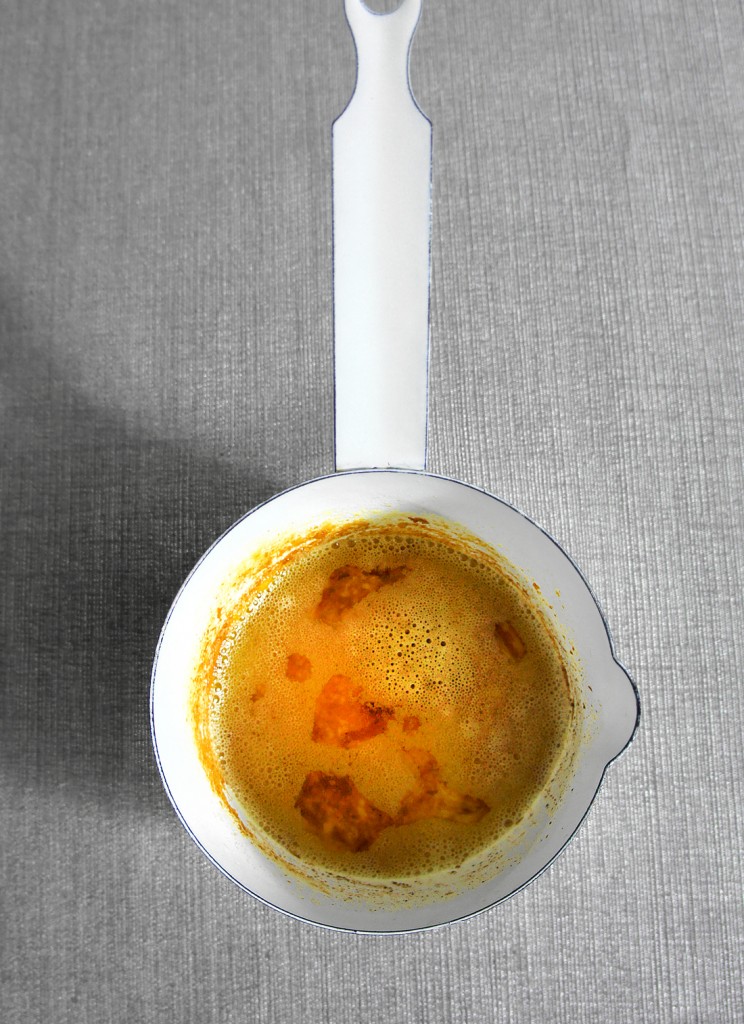 So, financiers.  They are NOT muffins.  In fact I believe Saveur called it a COOKIE, which I can’t completely agree given that it is more “cake-y” than “cookie-y” but you get my point.  Before the last issue of Saveur, my post-the-late-Gourmet cooking magazine, I have never heard of a financier and of course never had one (OK… maybe I was acting a little defensive… for those who starts to feel a bit sympathy for Jason, please think about the 2nd conversation…).  It’s such a shame because these little decadent, absurdly rich and nutty little guys are actually an effortless, one-bowl recipe that bakes in less than 20 min which will make you a bit guilty from all the compliments you’d get for them. 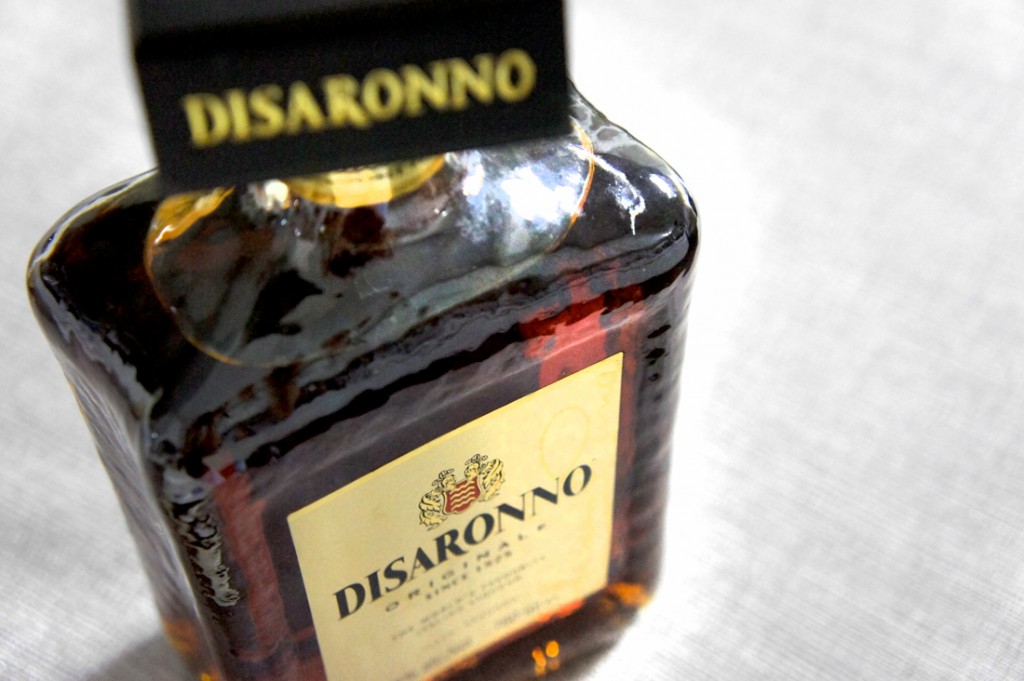 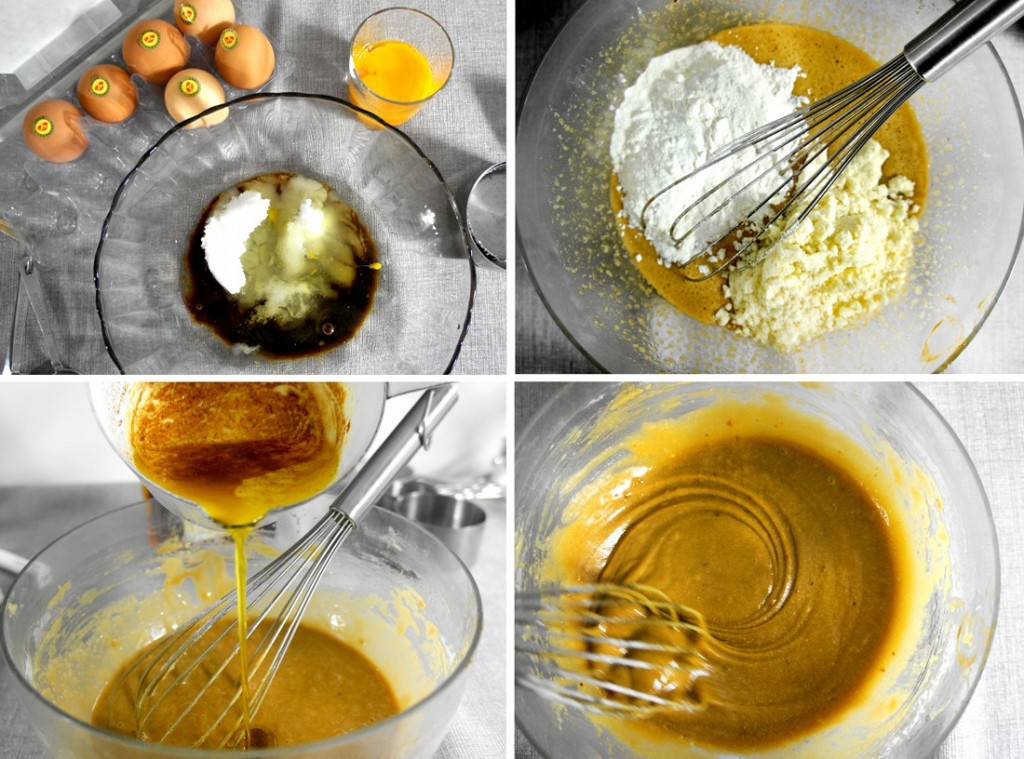 Saveur’s recipe is based on ground pistachio, but financiers are traditionally made with almond flour (ground almond) which made me giddy with excitement.  I LOVE the flavor of almonds.  NOT toasted almonds, but the pungent and floral aroma from fresh almonds as found in almond extract.  If you are not familiar with what I’m talking about, open a bottle of Amaretto liquor and take a deep sniff.  I don’t know what brutality they’ve done to roasted almonds that robbed them of that distinct perfume but I think it should be considered a crime against flavors.  I vividly remember my first bite of almond shortbread when I was like… 6.  I was sitting in a neighborhood lighting-fixture shop waiting for my mom to finish her chat with the shop owner who apparently noticed me being super bored and handed me a tin box full of oval-shaped cookies.  I bite into it and held it in my mouth for like 1 whole minute because it was literally too good to swallow.  Does that ever happen to you?  I mean I was that impressed.  Of course it doesn’t take much to impress a six-year-old’s simple taste buds but until this day, I’m still deeply infatuated with the amazing aroma of almonds. 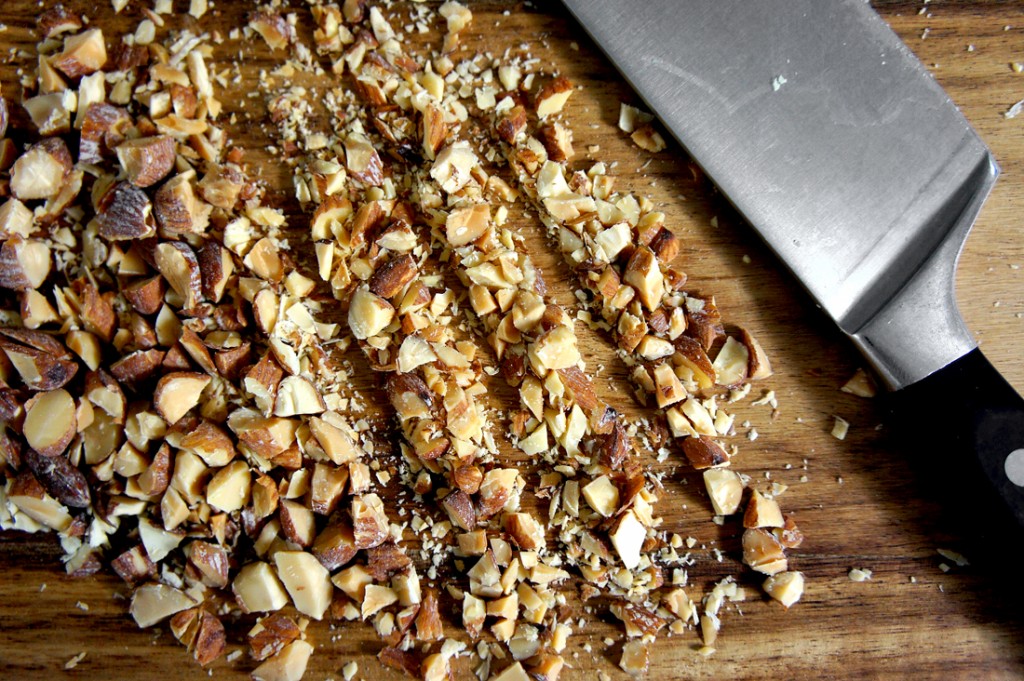 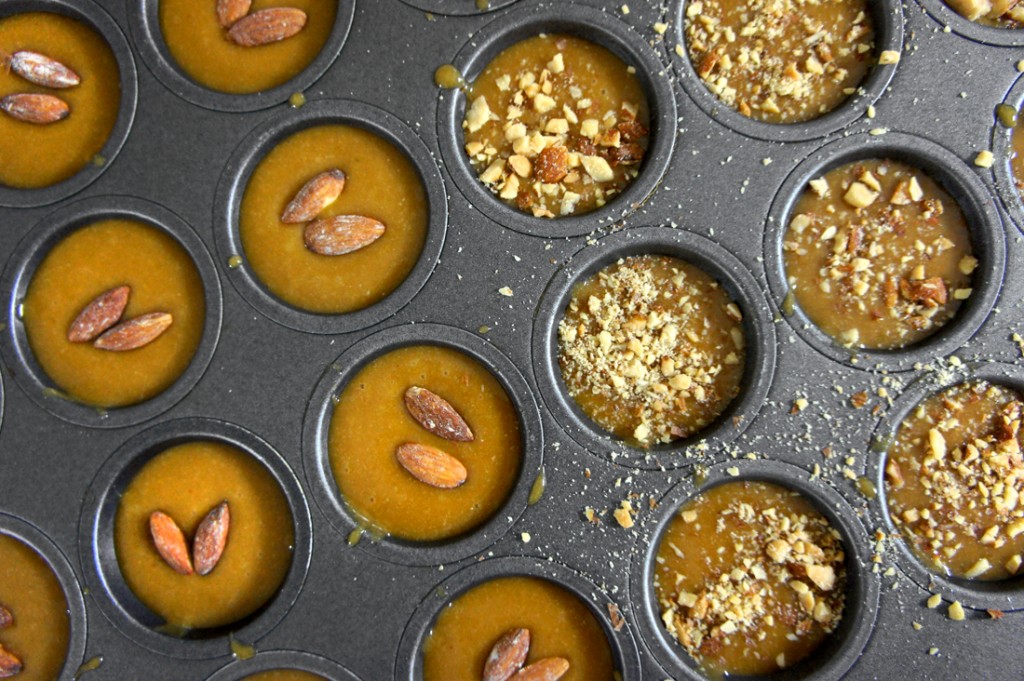 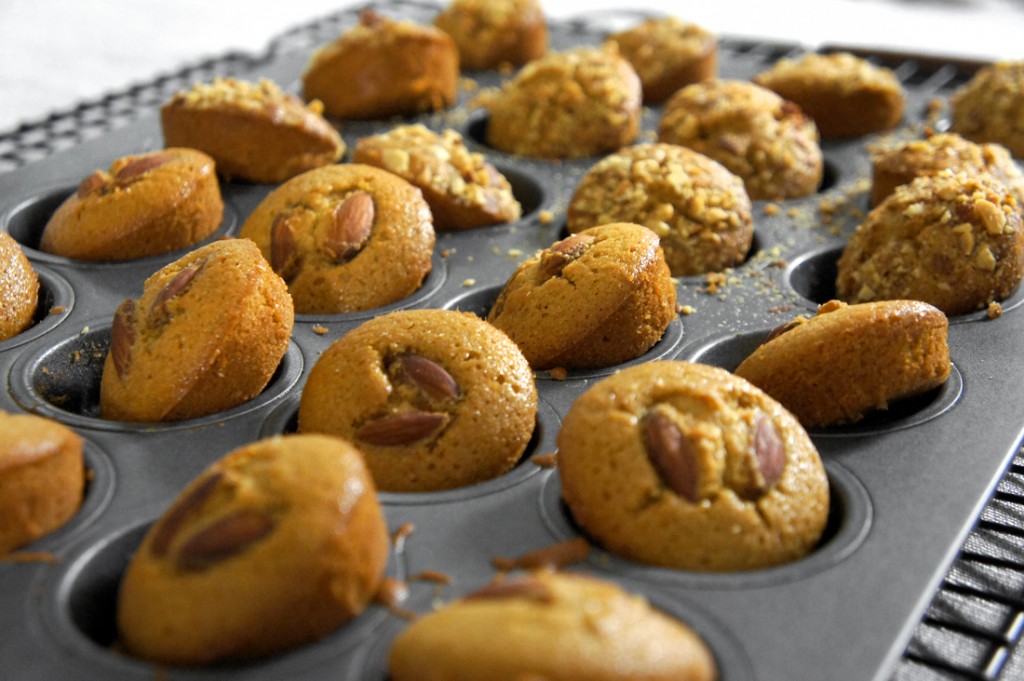 One tiny note… if you have a rectangular mini-cake mold, use that.  I used a mini-muffin pan which was what Saveur suggested.  But to avoid unnecessary embarrassment, be careful not to overfill the molds because it does puff and dome a little which was what happened to my first batch.  I underestimated that 1 tsp of baking powder and filled it to 90% full and was APPALLED that it grew a muffin top as if it’s OK now that swimsuit-season is over and it could escape social judgement.  So to be safe, I’d say max-70%-full would give you beautiful rounds of slightly-puffed financiers with browned edges that wouldn’t be rudely called muffins. 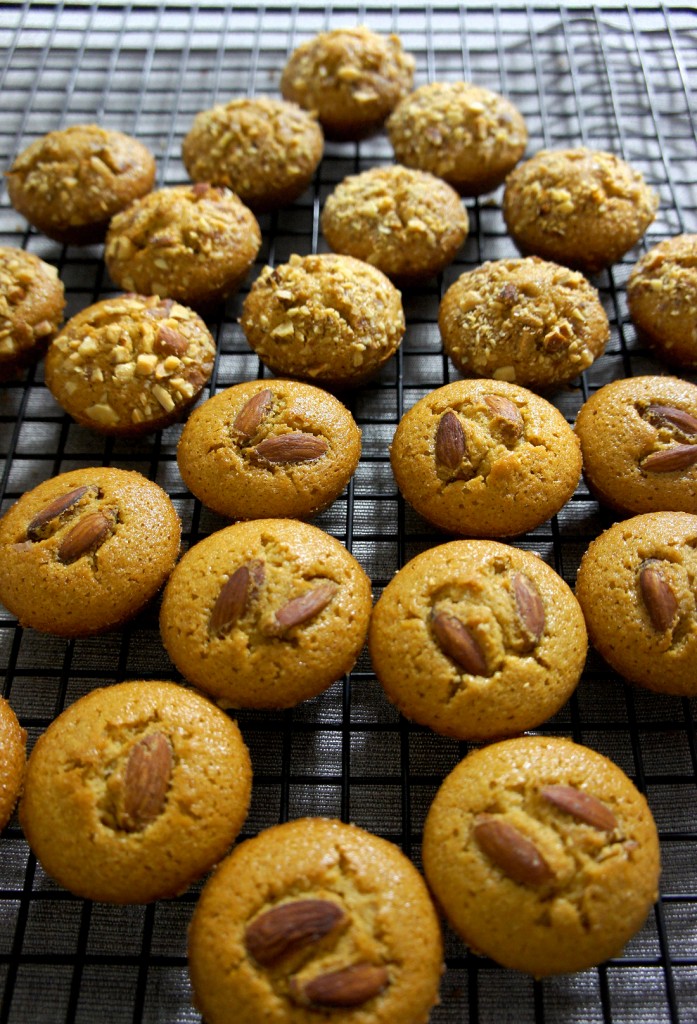 Slowly melt 1 stick of butter in a small sauce pot over medium heat.  It will start to foam, bubble and eventually brown which will take approx 5~6 min.  If you want to utilize this time to prepare other components of the recipe, just remember to stay close and listen.  It is a good indicator of the butter being browned when the sizzling sounds subside.  Once the butter’s browned, turn off the heat and let it cool down for 10 min.

Beat the egg whites, brown sugar, sugar, salt and Amaretto until evenly mixed.  Add the almond flour, flour (all of it) and baking powder to the egg white mixture and whisk until combined.  Pour the brown butter into the batter and mix well.  The original recipe suggested adding the butter through a sieve, but I don’t mind a few browned butter-bits in my batter so I didn’t.

Lightly butter a mini-muffin pan, then fill the molds to 70% full.  Sprinkle with chopped or halfed salted almonds.  Bake in the oven for 20 min until the edges are browned.

Let them cool in the pan for 10 min before removing, then transfer to a cooling rack to cool completely.

The simplest, easiest and fastest indulgence you could whip up in under 30 min. 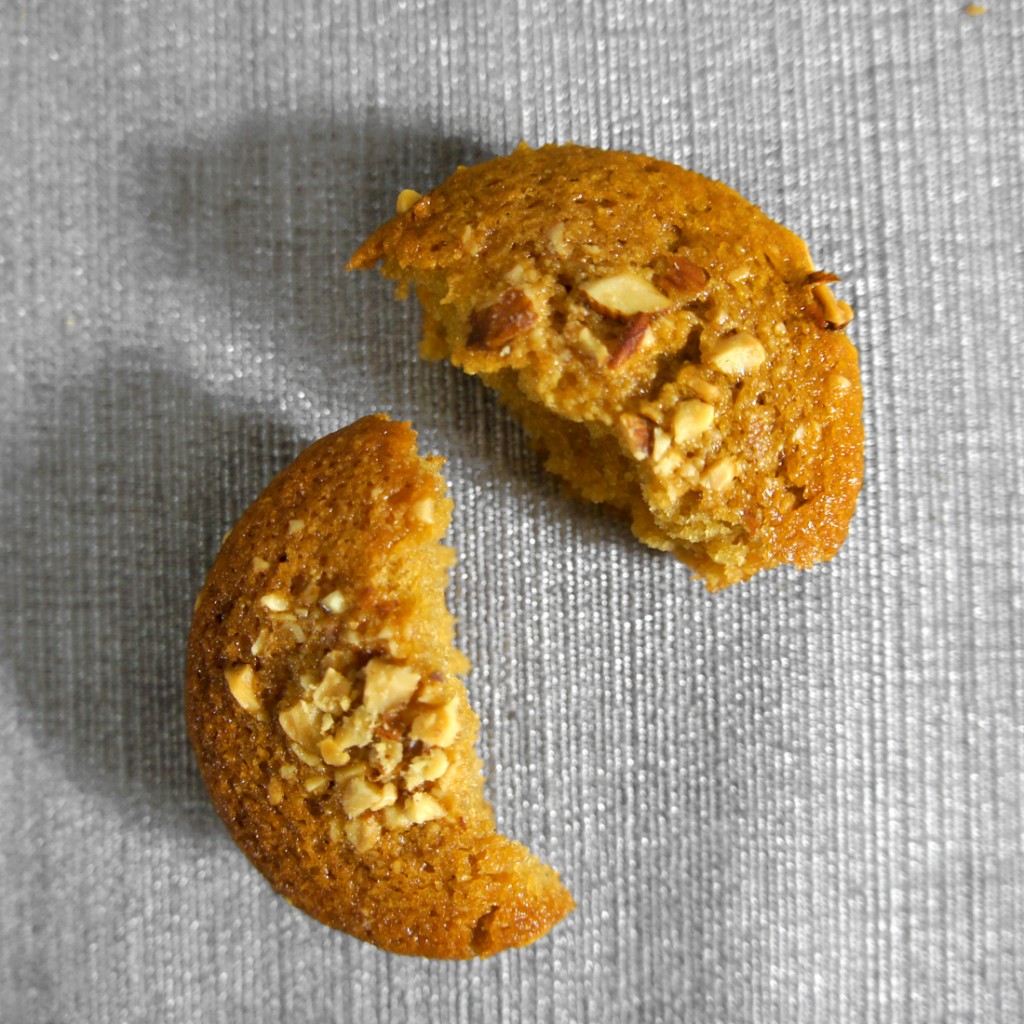 SHRIMP AND RASPBERRY SALAD
SALMON POKE-D YOU. YOU SHOULD POKE BACK
Do Right By Stuffed Peppers