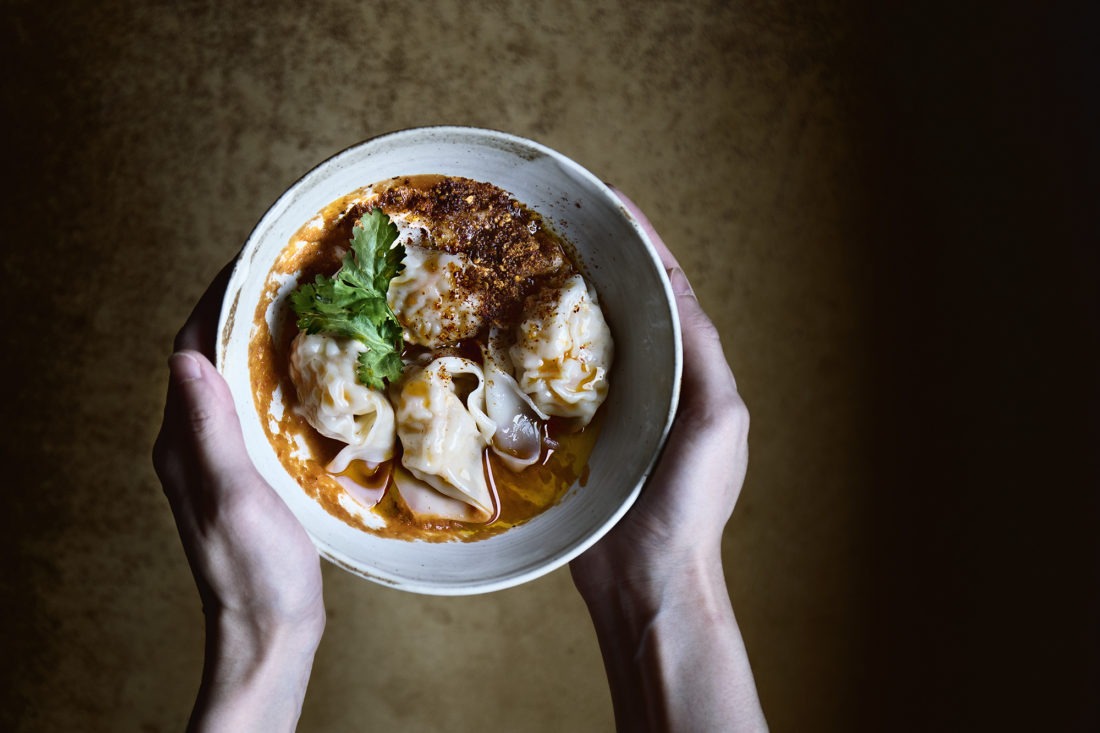 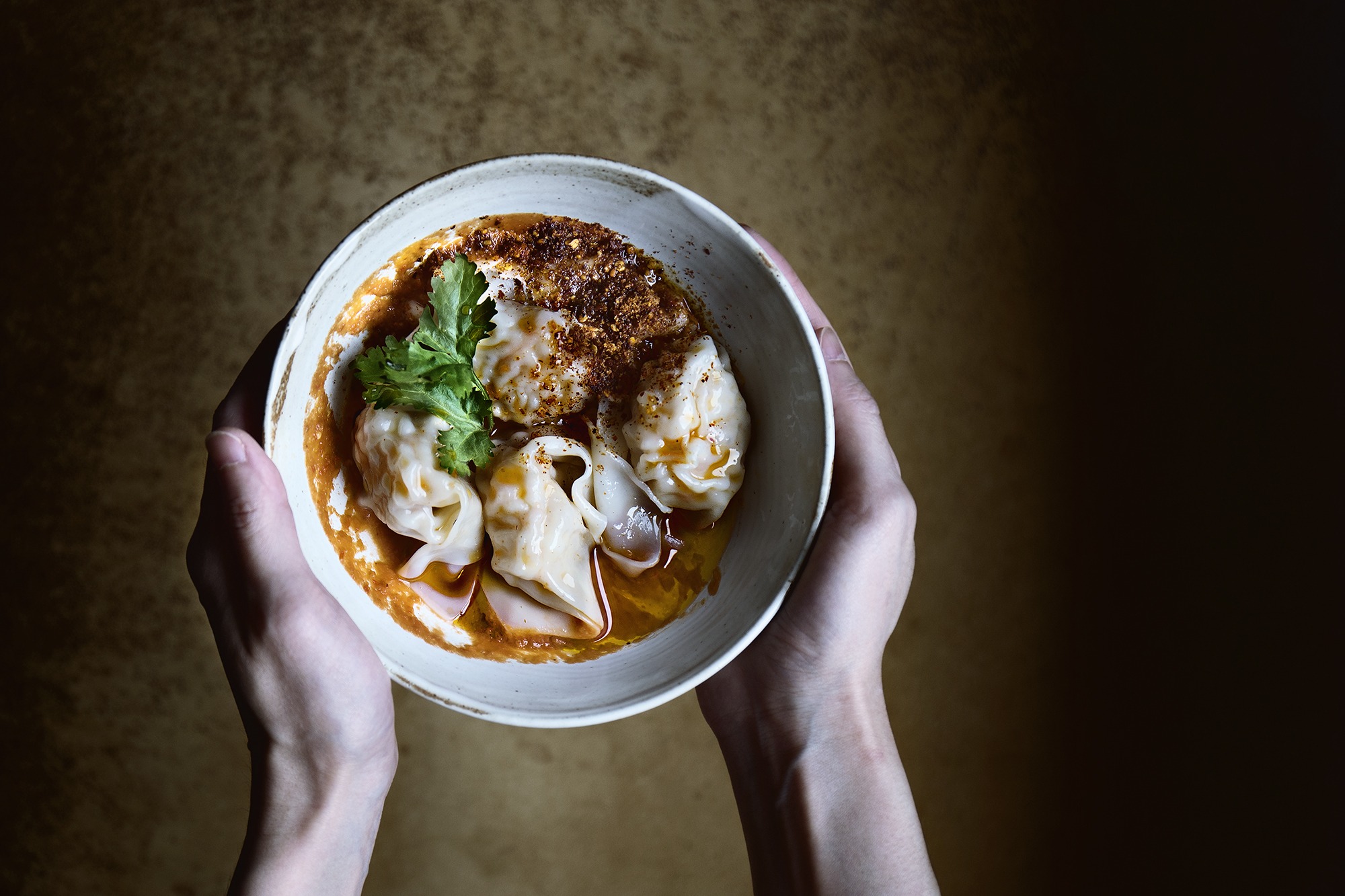 FYI, There is an entire chapter in our cookbook with delicious little morsels recipes just like this.  Preorder your copy now!

Here is another recipe preview from our cookbook – The Art of Escapism Cooking that is coming out on Oct 15th!

This recipe has many components – slippery, bouncy, rich, tangy, spicy, creamy – working collectively and in balance to support what is ultimately a perfect shrimp wonton.  The idea was born out of my desire to eat a bowl of shrimp wontons where the shrimp-ness is celebrated in more ways than one, and to reminisce the time when I was little when I would always try to gather the dark orange oil from my mother’s pan-fried shrimps and spoon it over my rice while sucking on the shrimp heads till my brain hurt.   No other person in the family did that.  And this is my way of doubling-down on their loss.

As previous recipe preview, I will include the entire intro and instructions exactly as it will appear in the book.  Reading back, this one in particular was undoubtedly written on a day of great angst and bitterness (insert lol emoji).  Thing is, the way I approached writing a recipe is very different from how it’s done on the blog, mood-swung and uncensored, not all but sometimes landing itself as short outbursts of emotional rhapsodies.  Varied from the first cookbook recipe preview, you’ll get a good sampling of the book’s state of mind. 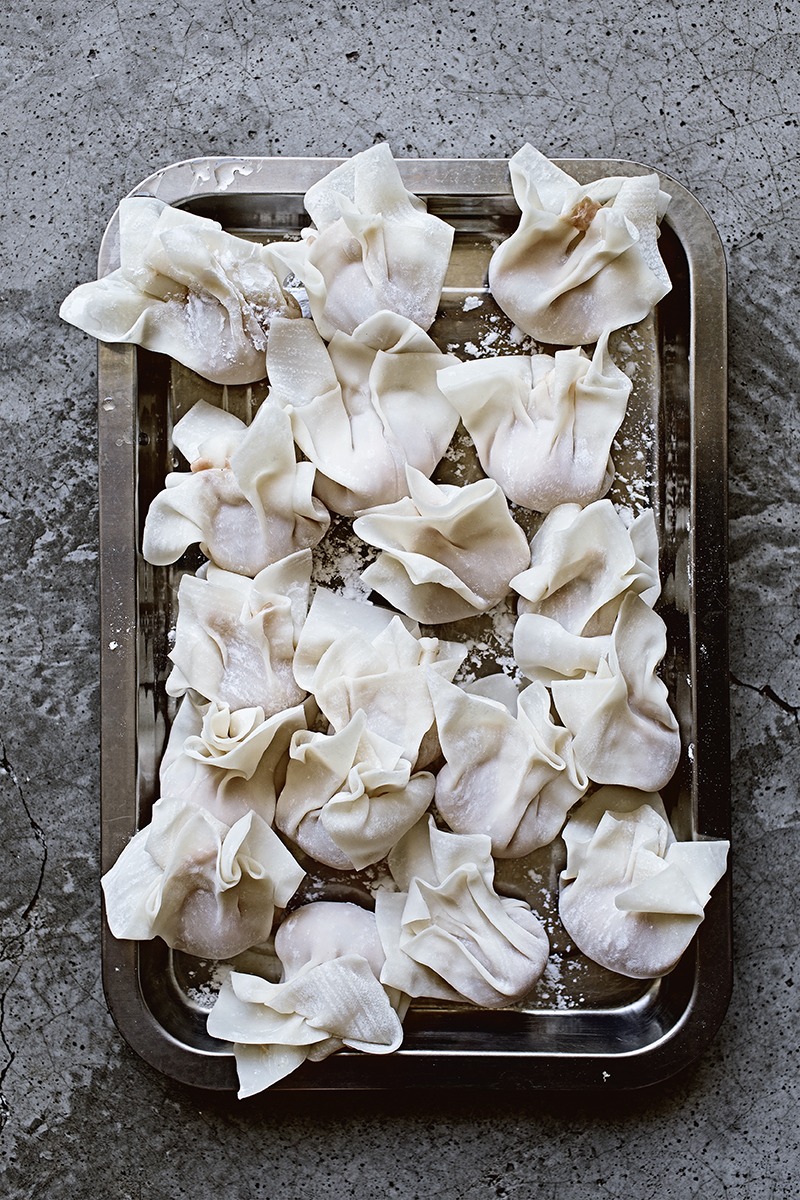 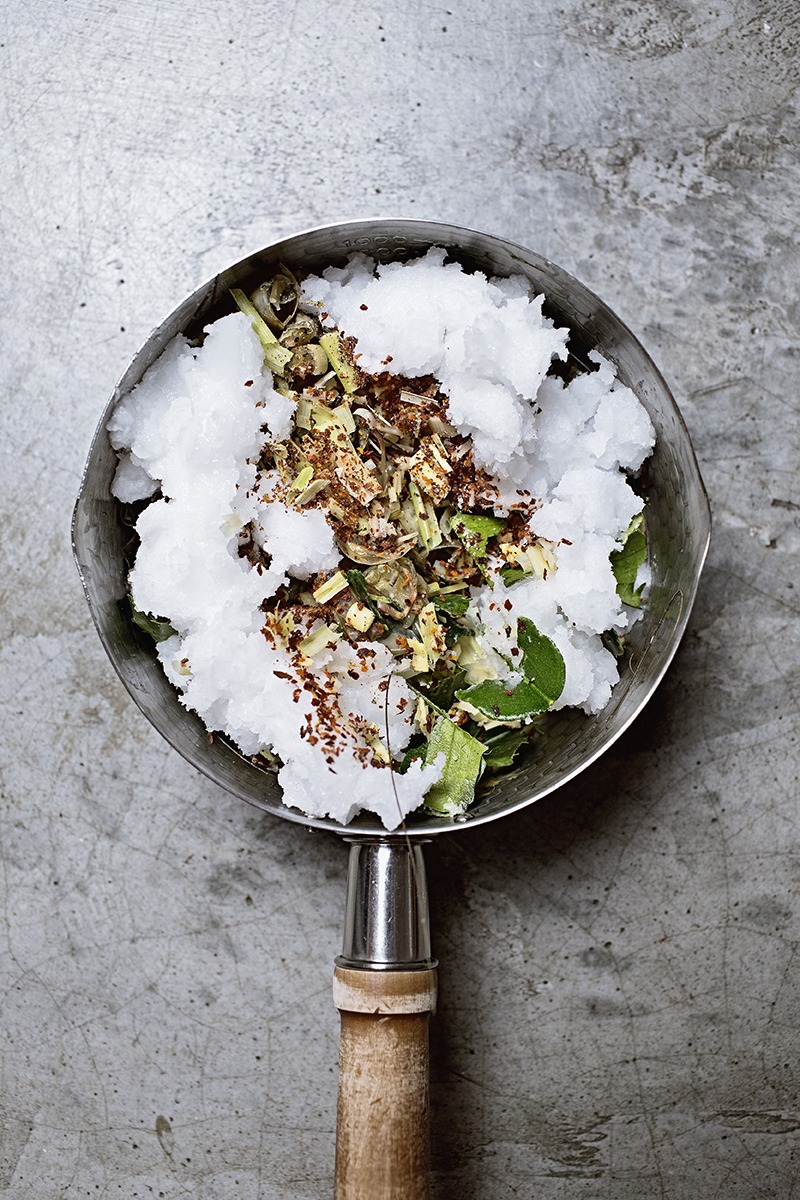 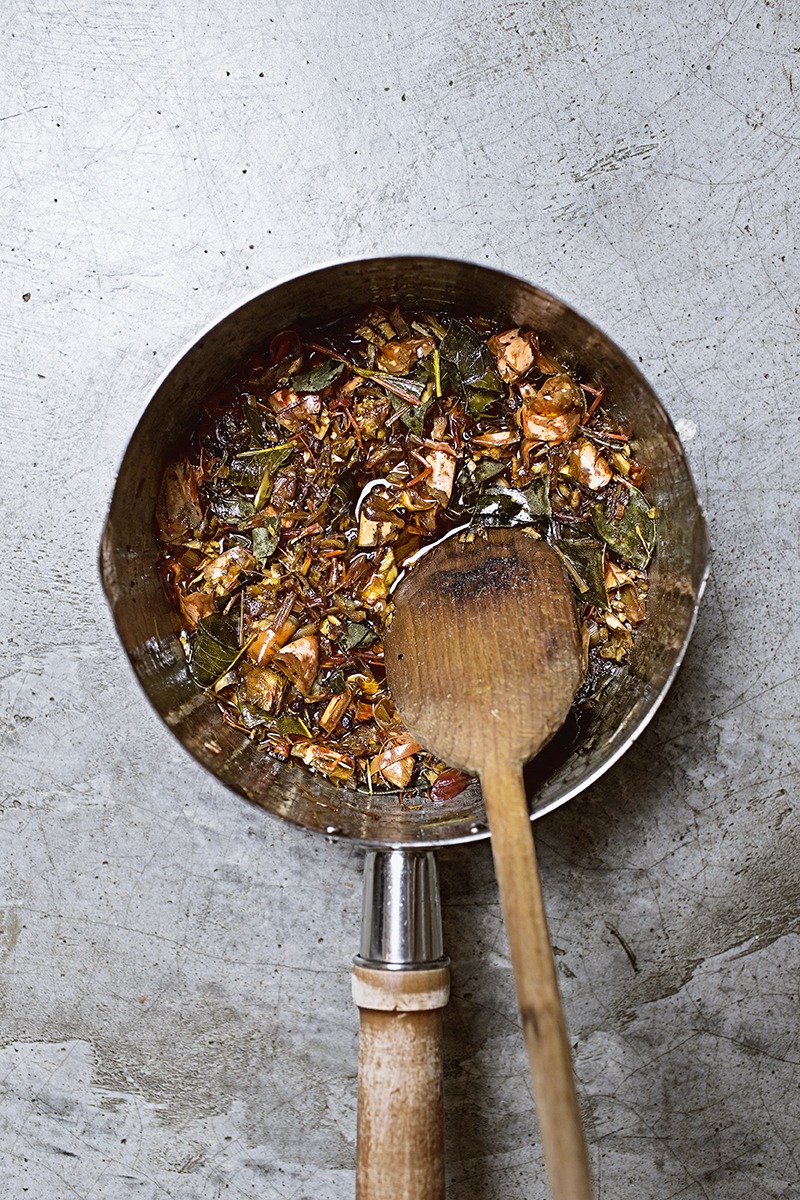 Bro, I don’t know if you’ve heard, but pretty much anywhere outside of Southeast Asia, until recently, you’ve been mostly associated with butt creams and fantasy vegan baking contests. I know, how fucking rude. You could have been known as the flavor booster that you are, rubbing shoulders with toasted sesame oil and truffle butter, or the grassiest extra-virgin olive oil inside gourmet food stores, but instead, the vegans got to you first.

And you, shrimp wontons, what’s your problem, and why are you so afraid of flavor? Have you ever tried to swim outside of your pool of lovely yet boring soup, with those Cantonese noodles that might as well be dental floss, and for once, get out of your comfort zone? Don’t tell me that I don’t know what it’s like to be put in a box. I had to knock down firewalls just to watch Stephen Colbert and eat a dozen doughnuts to get through the emotional pain of walking from my room to my mailbox, so what’s your excuse?

Here, meet coconut oil. He’s kind of new here and trying to make something of himself, too. I think you guys will really hit it of. Afterward we can all start a group chat and talk about our pathetic lives. 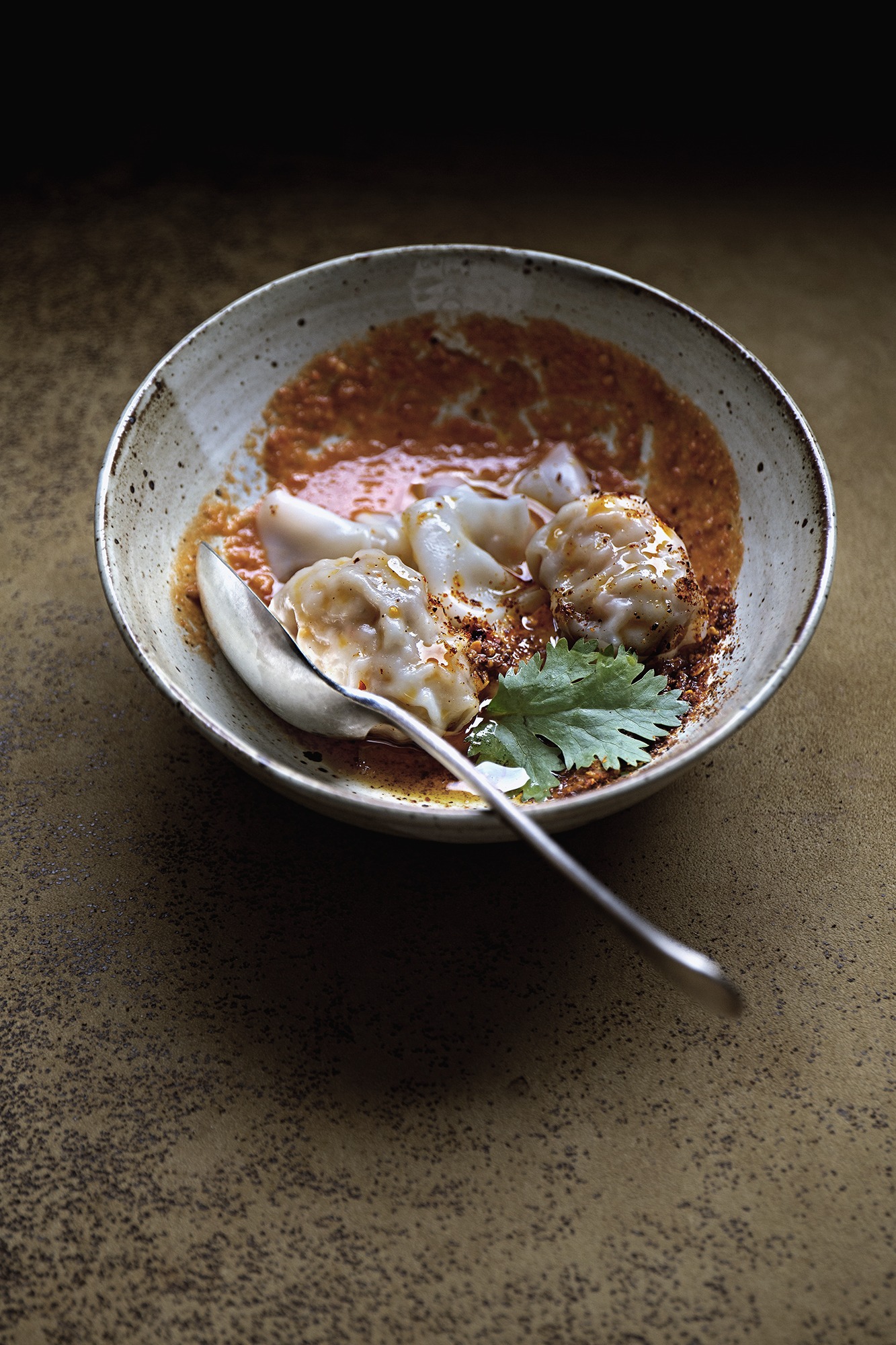 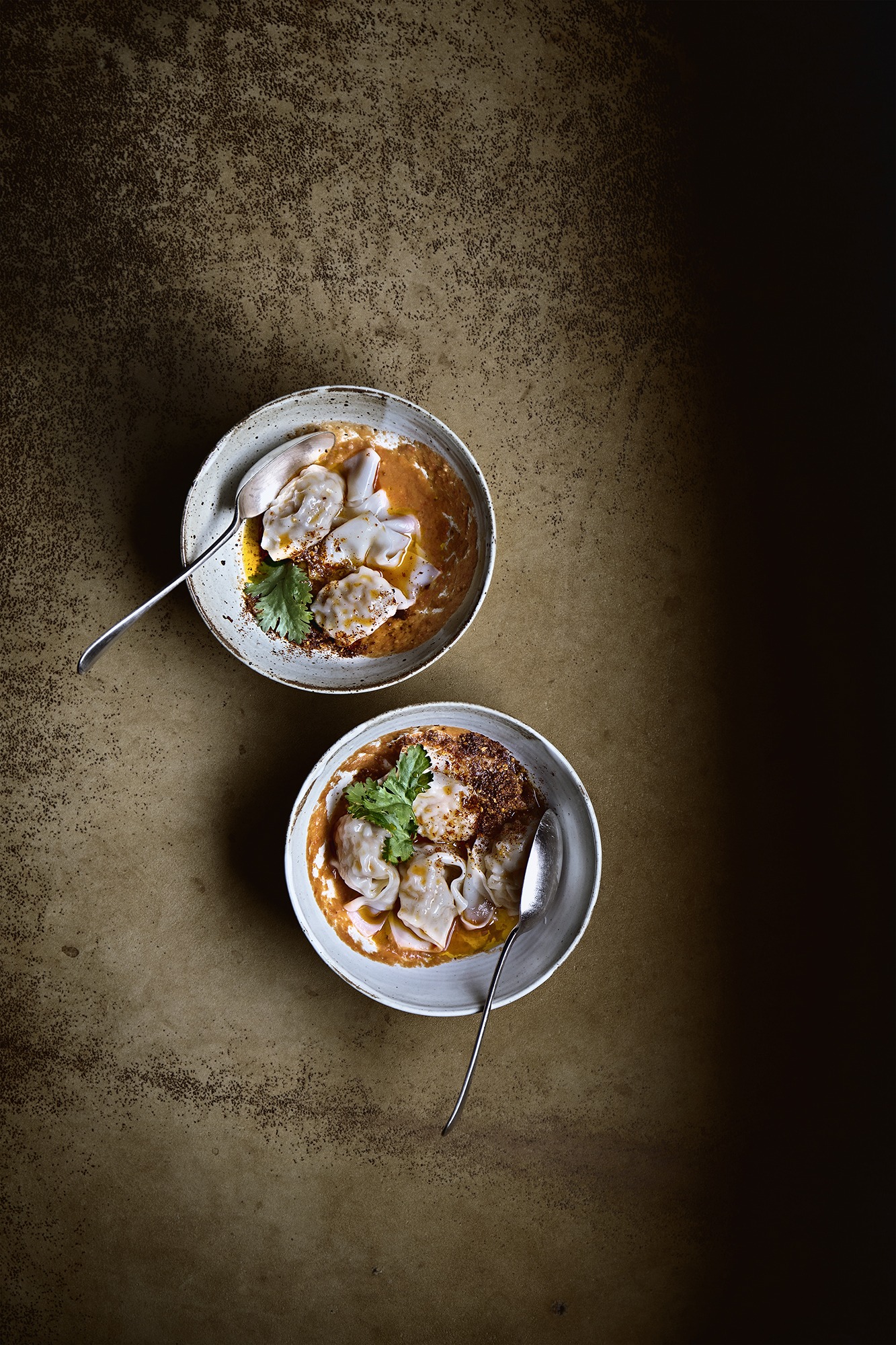 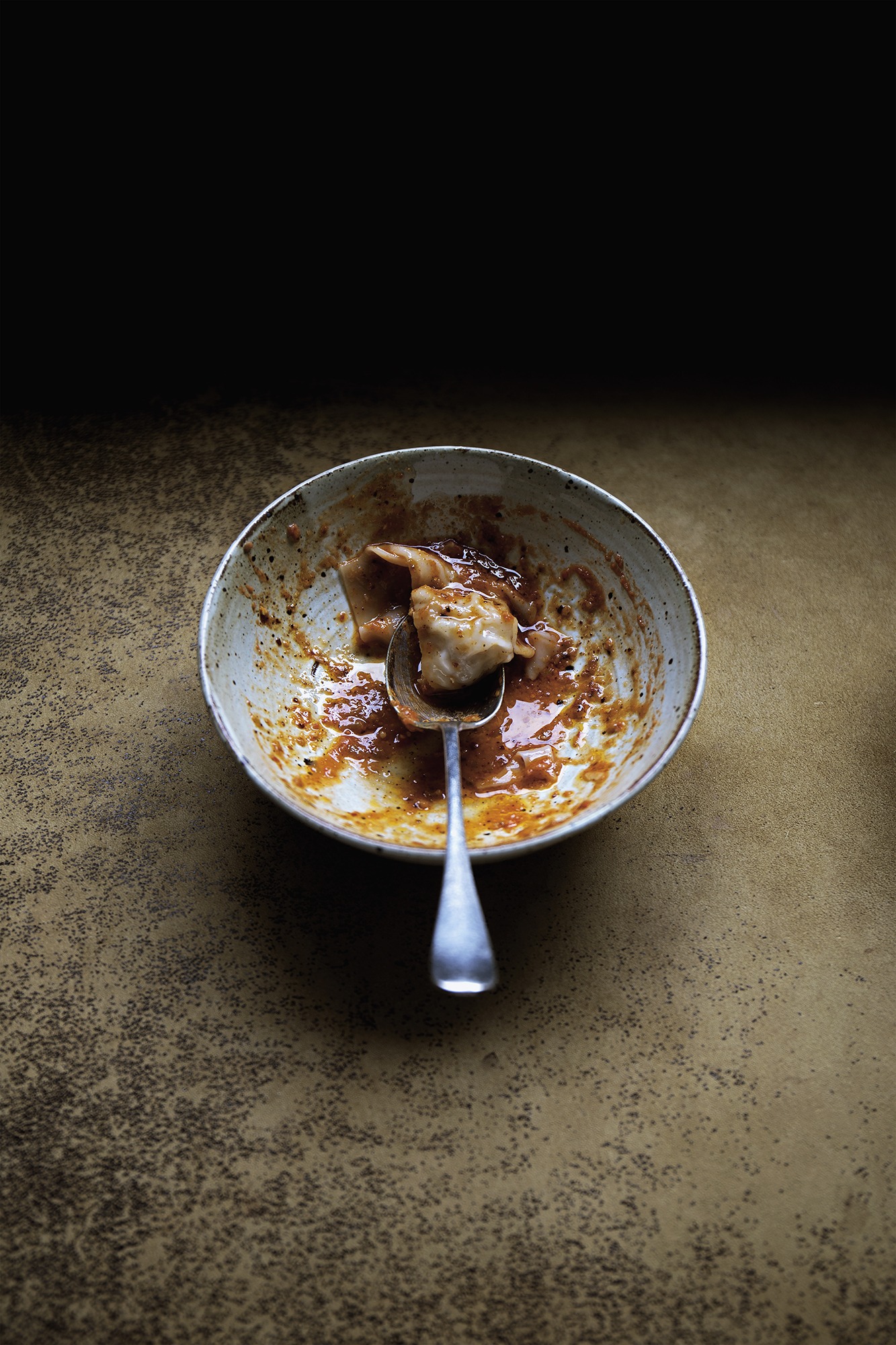