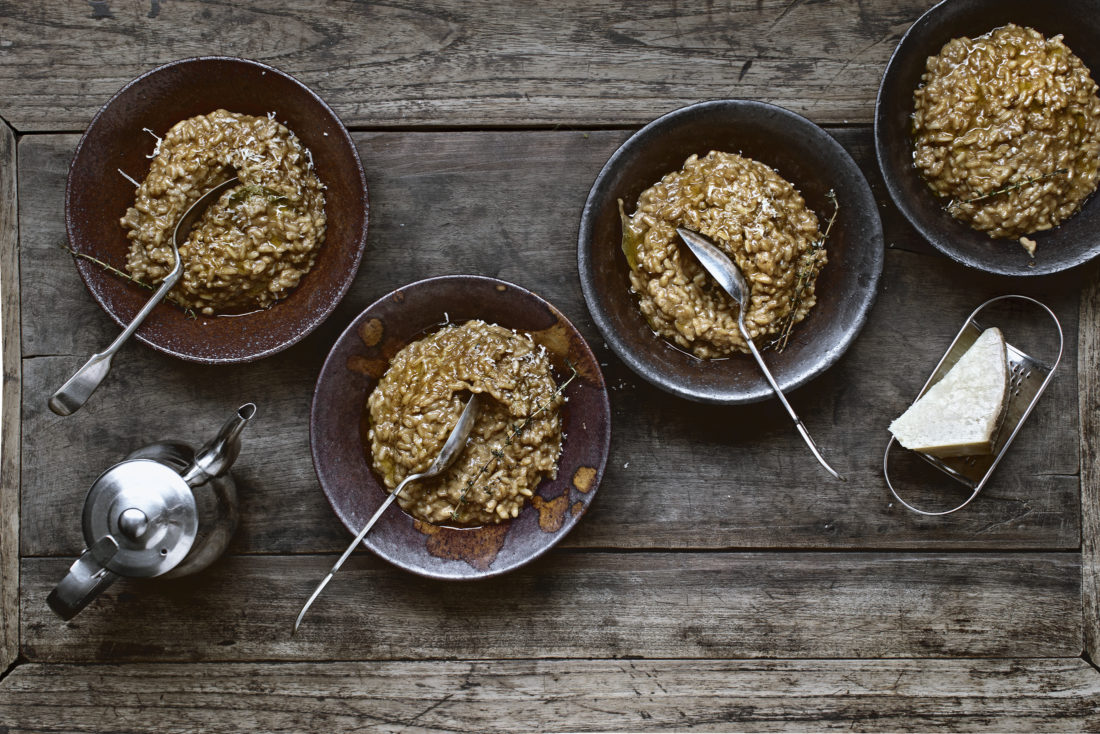 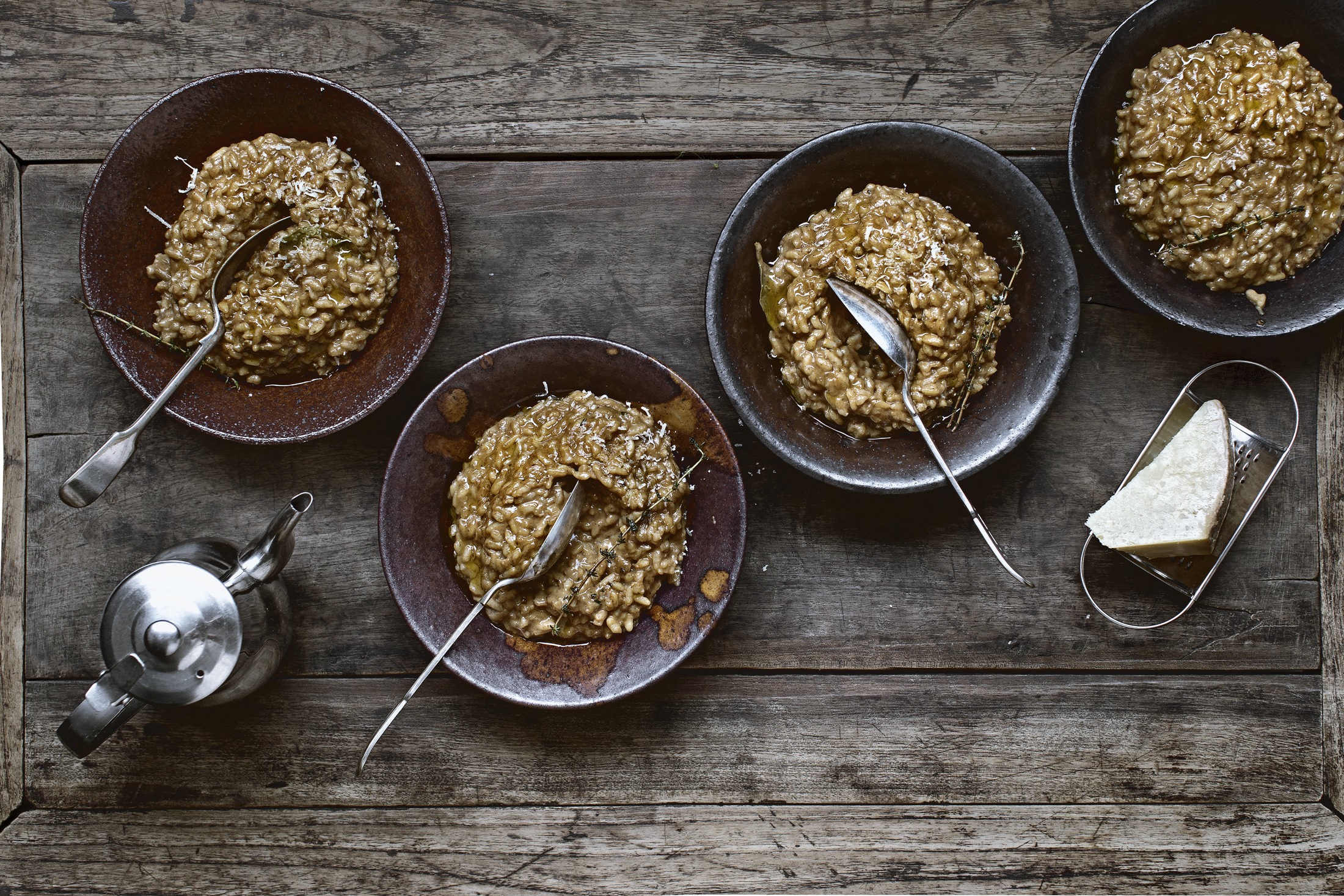 when powdered and browned in hot grease, dried shiitake’s exponentially multiplied surface areas darken and deepen boundlessly, releasing every molecules of that shroominess that would otherwise cost you a limb

If you have ever found yourself frozen in front of the mushroom isles at your local Whole Foods Market, cold sweats dripping down as you struggle to understand how on earth could a fungi — categorically no different than the molds crawling underneath your drywalls — be charging sometimes more than $50 per pound, while feeling utterly shitty about yourself, well, this recipe is for you:

I’m speaking from a place of deep empathy.  Having been born as a relentlessly cheap human being, I understand the hurt when even a dickhead-shaped vegetation that lives off of decomposed matters could take one look at me, and smirk.  A brainless, judgy brainless sponge that grows next to if not on top of rotten shits, thinks I’m not good enough.  Who do they think they are?  By the way I’m not talking about the cheap mushrooms like White Buttons, pfff... who do you think I am?  I’m talking about the delicious ones, the truly robust, earthy, and nutty-flavored mushrooms with Elvish names, Chanterelle, Lactarius Indigo, Blue Foot, that grows in an enchanted woods with the fairies and talk to birds.  Those fuckers.  I ain’t sayin’ it’s a gold digger; but it ain’t messin’ with no broke n-beeeep.

Can you tell this is personal?

So for years, or more accurately since the 24 heads of dried morel we obtained from our France road trip had run dry, I’ve been secretly doing this.

Cheap, common, found almost wherever Asian groceries stand and season-neutral.  Why is it generally much more affordable than other varieties of dried mushrooms such as porcini, morels and etc?  No idea (psst, because it’s Asian).  But I can assure you that flavor-wise, it does not dwarf in comparison.  In fact, it has been aiding the flavors and complexities of a huge number of Asian dishes, soups and stews, precisely because of its high natural-occuring MSG and a deep, musky, earthy aroma.  But regrettably, typically cooked whole or in slices, its true potential has yet to be realized by the general public.

It wants to be, no, needs to be, powered.

Think about it.  Remained as a whole, or slices, or even finely diced, the mushrooms are only allowed a limited exposure to direct heat and caramelization.  But when powdered and browned in hot grease, its exponentially multiplied surface areas darken and deepen boundlessly, releasing every molecules of that shroominess that would otherwise cost you a limb.  As a supporting role, usually a couple tablespoons will suffice.  But in the case of carrying an entire Italian culinary staple, say risotto, to whole new height, I suggest we go to town.

Almost 1/2 cup of shiitake mushroom powder will fry slowly in chicken fat, as transformative as the making of a dark roux, until its pale brown complexion takes on the color between cinnamon and dark chocolate, until its faintly woody aroma expands into a pungency that is almost spicy and sweet.  All this magic is then extracted by the chicken broth, and delivered into every single grains of arborio rice in a silky, totally un-grainy finish.  Although you may deem the appearance of fish sauce and soy sauce as out of place, but they only amplify and compliments the shroominess without making an entrance.  I urge you not to swap.

So there.  Go buy expensive dickheads if you want to be like that.  But me?  I’m sticking with this. 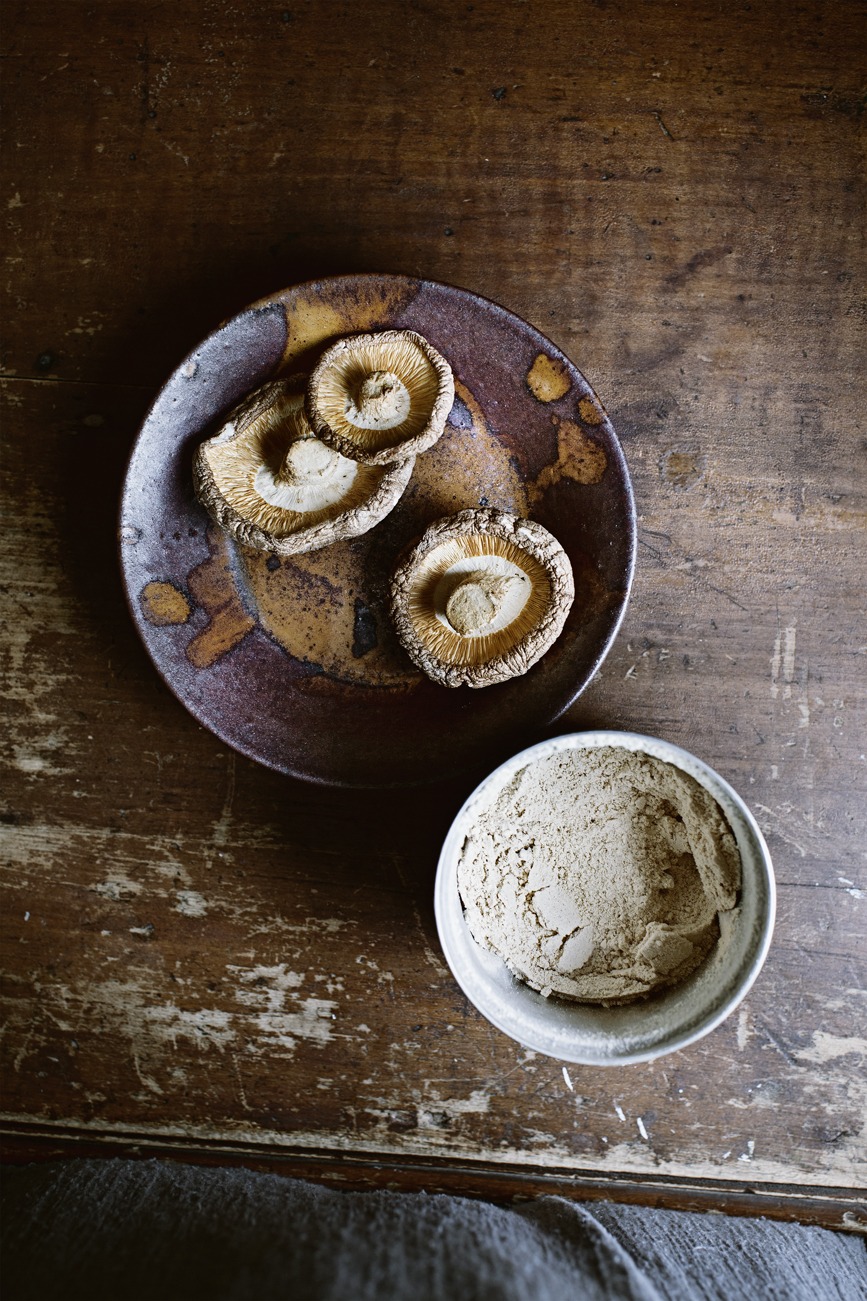 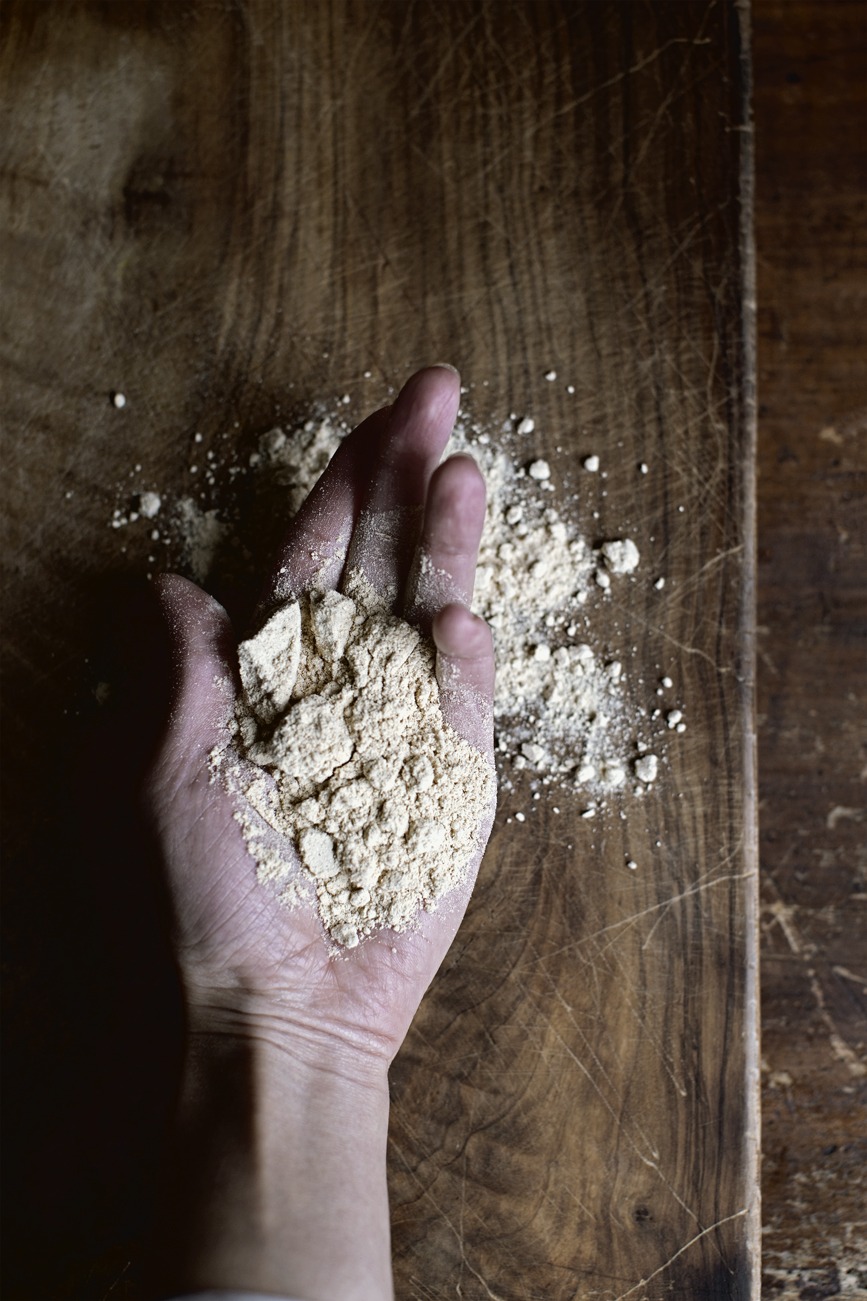 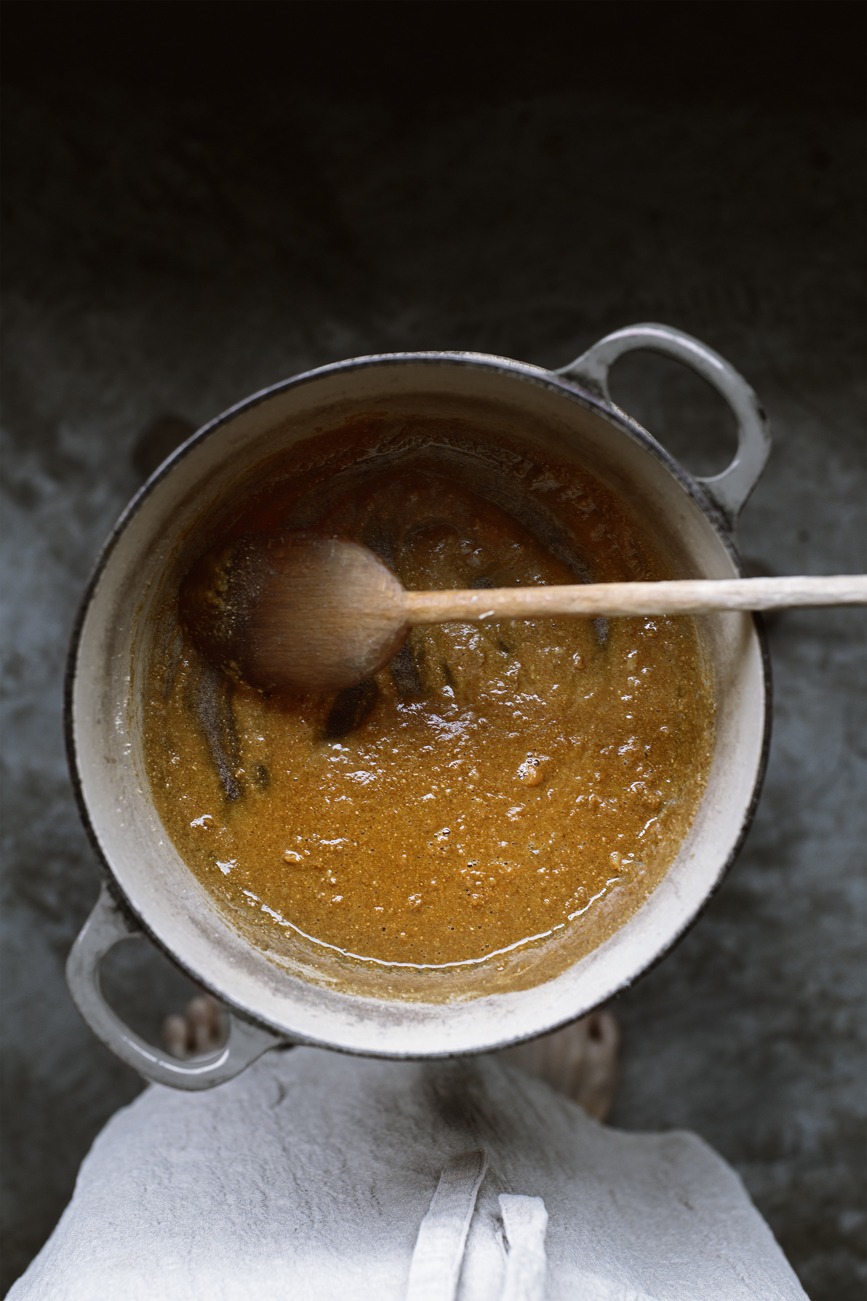 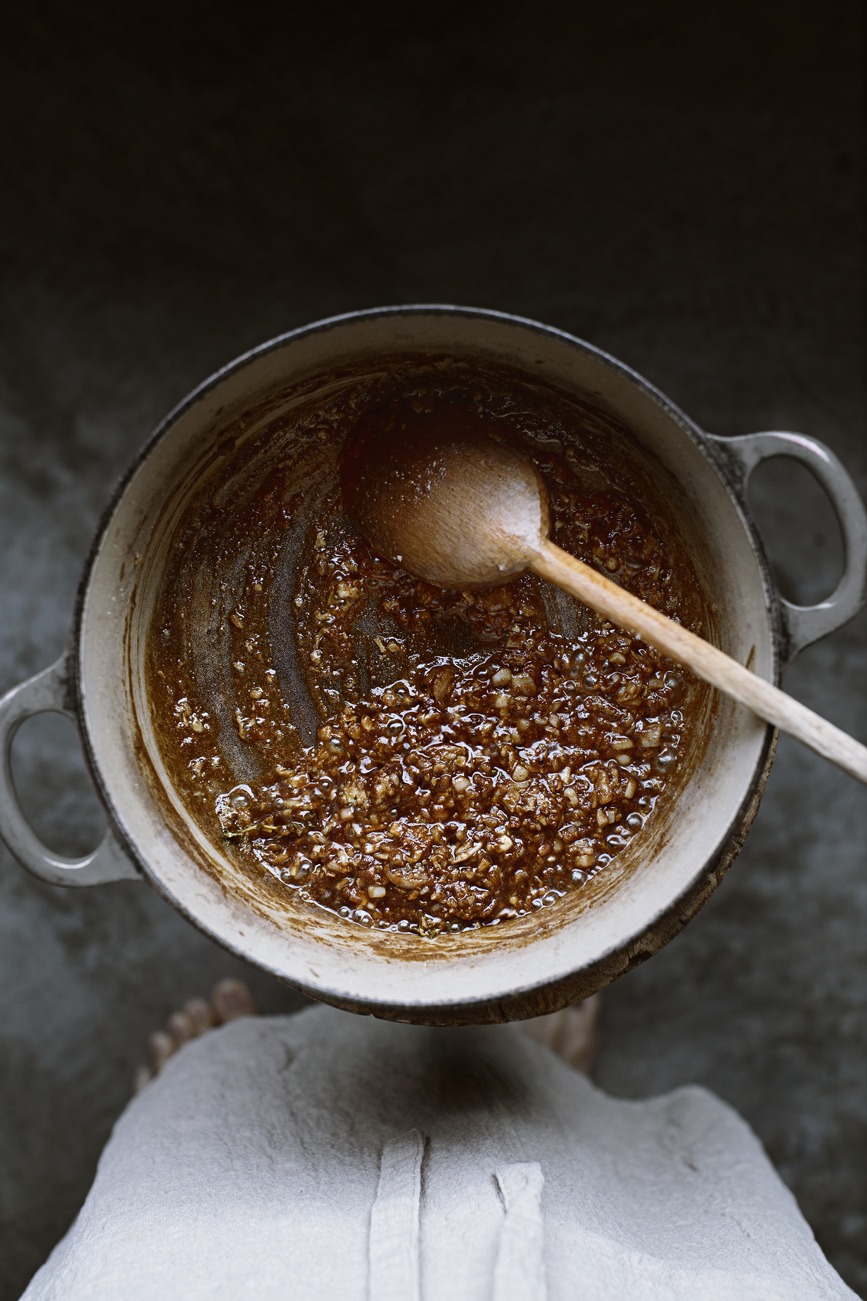 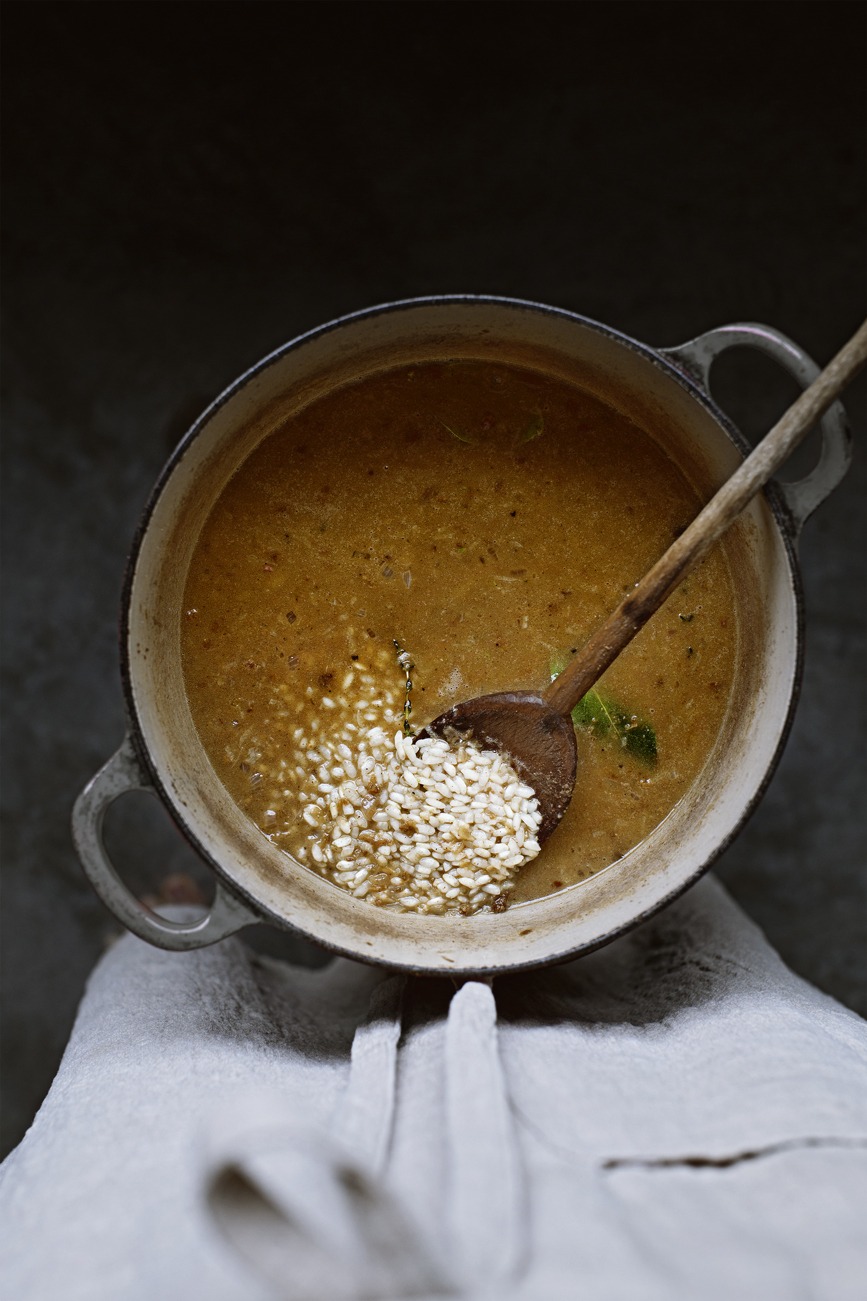 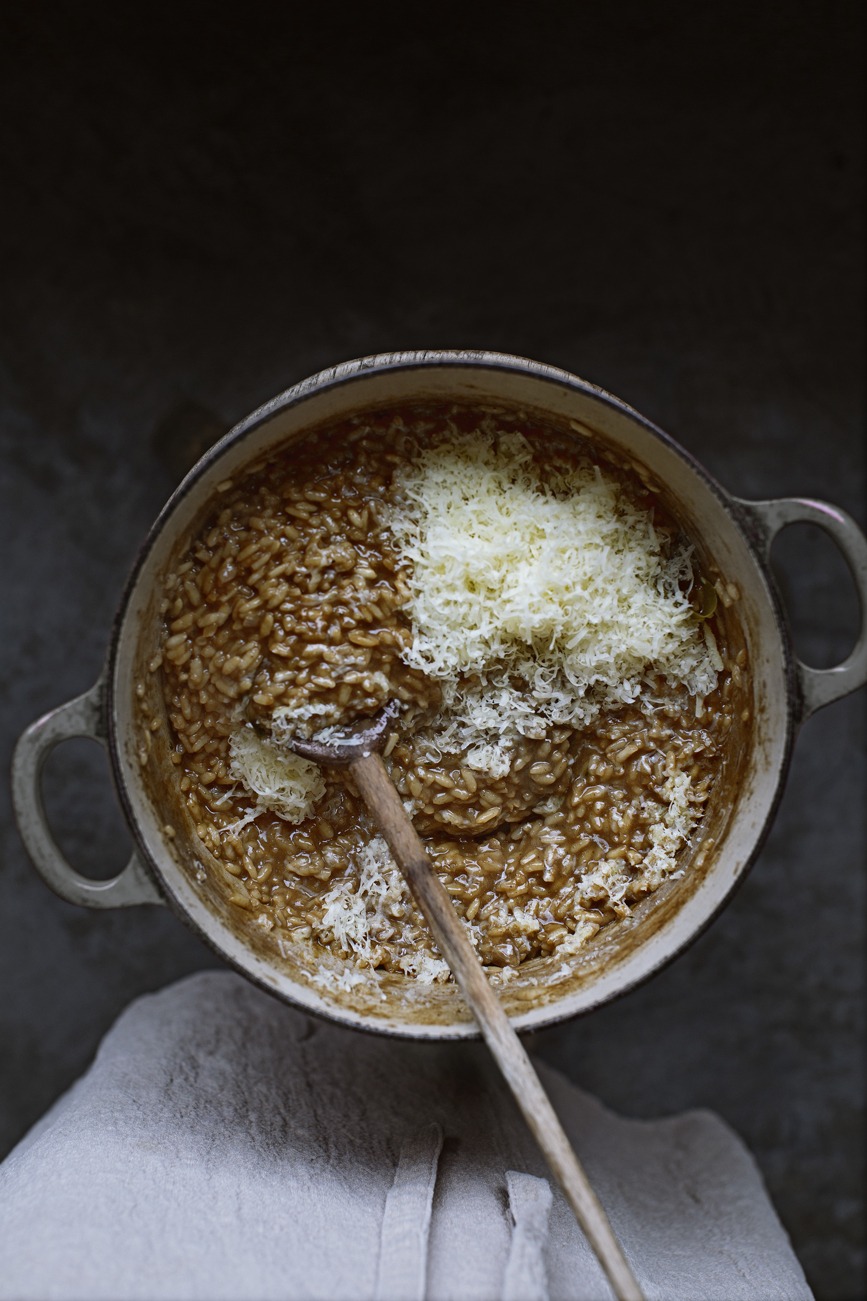 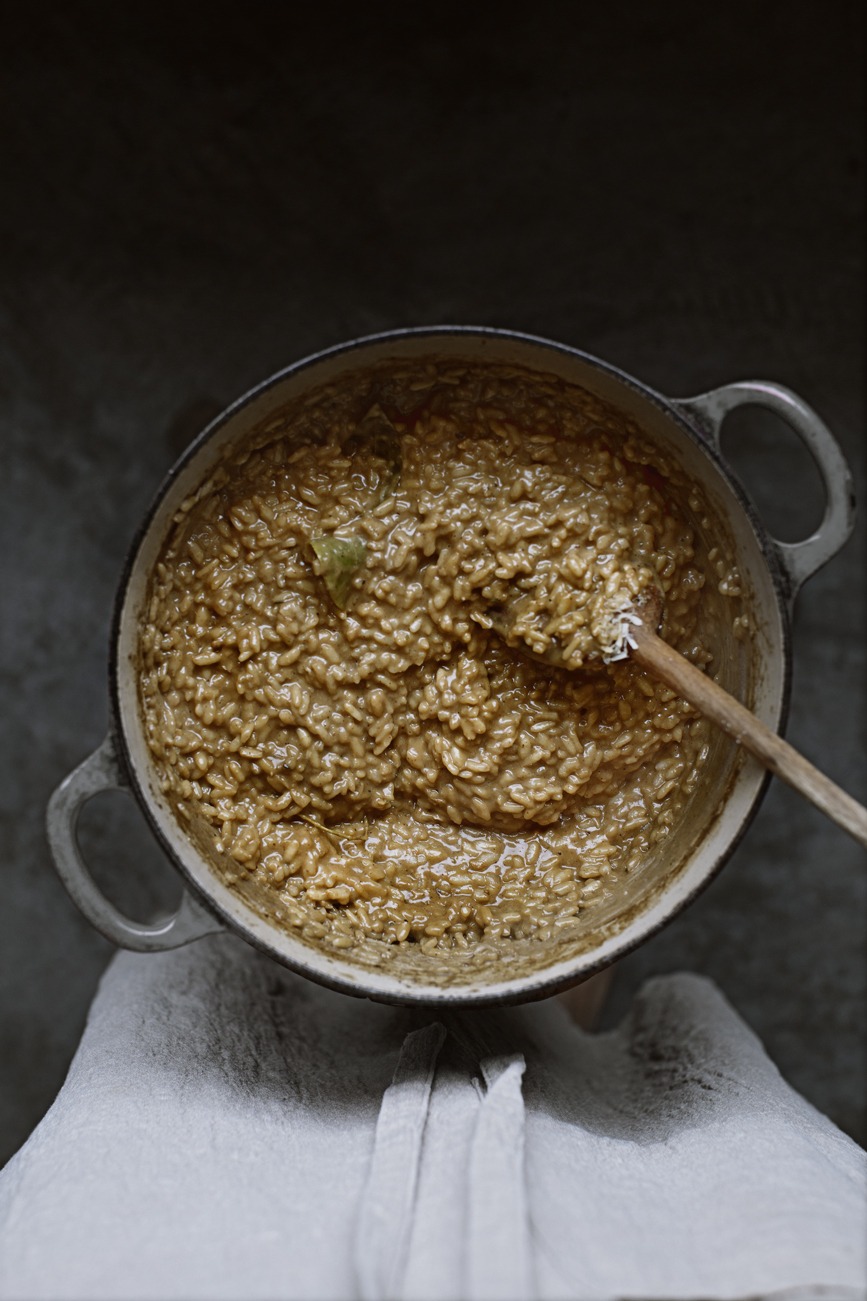 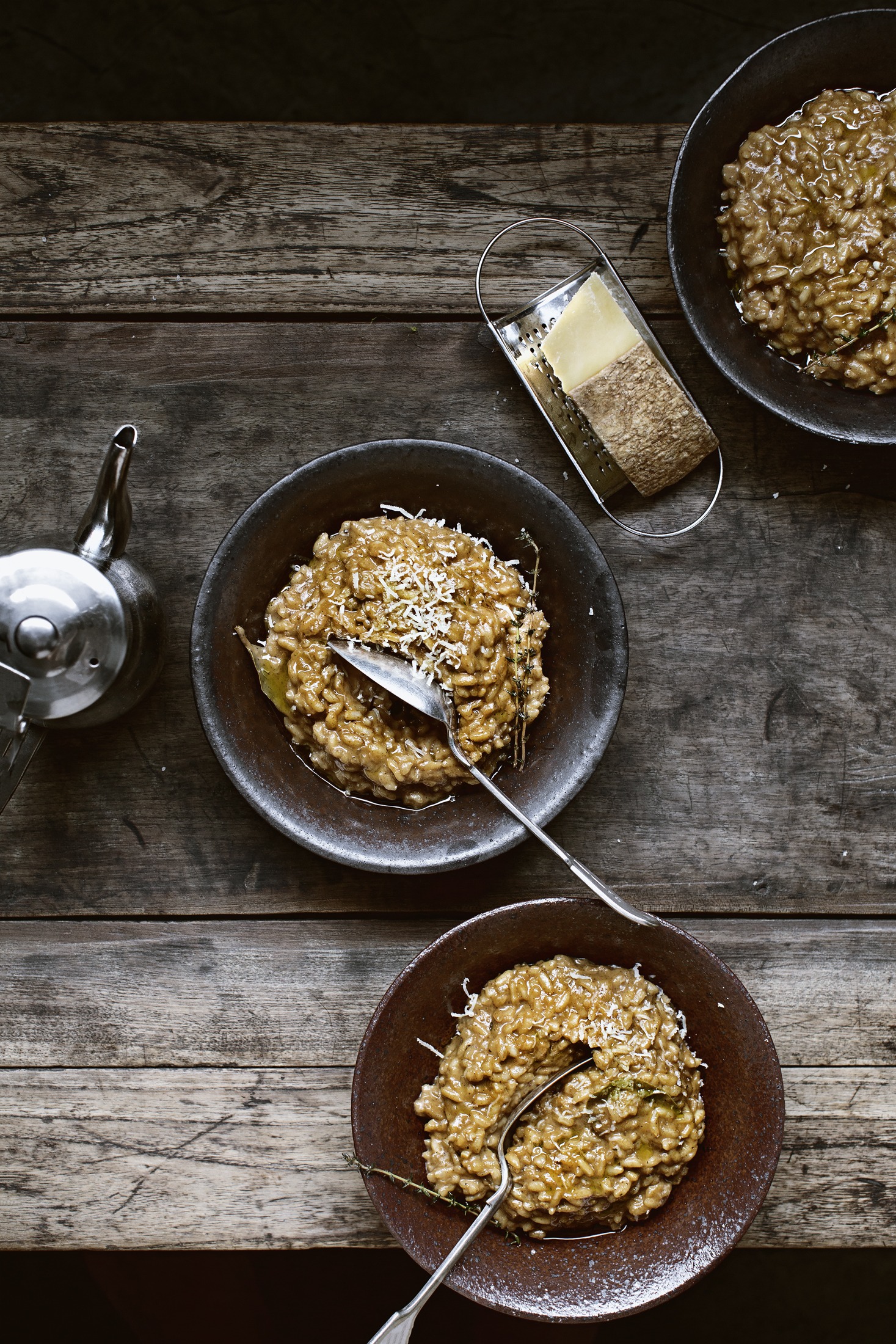 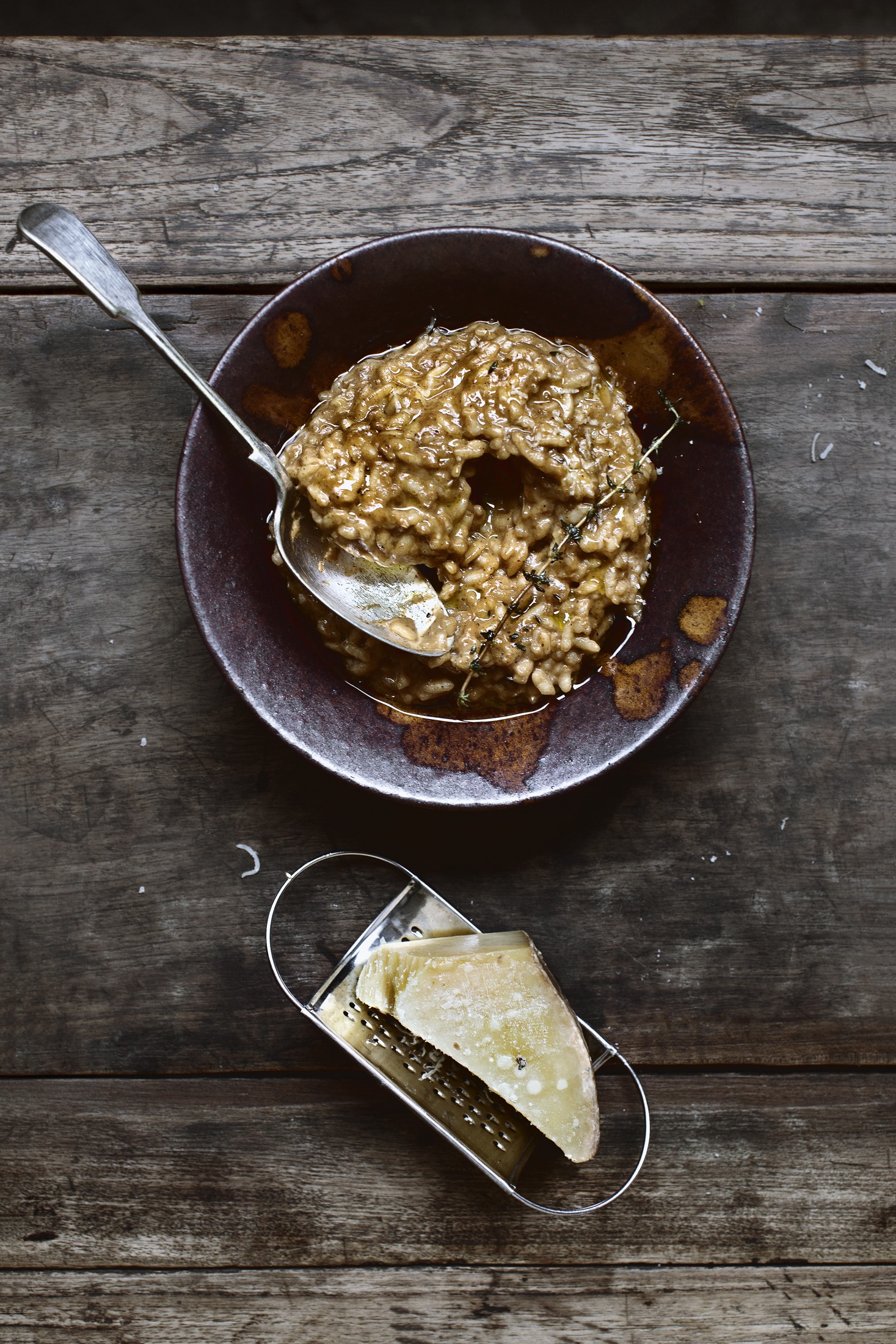 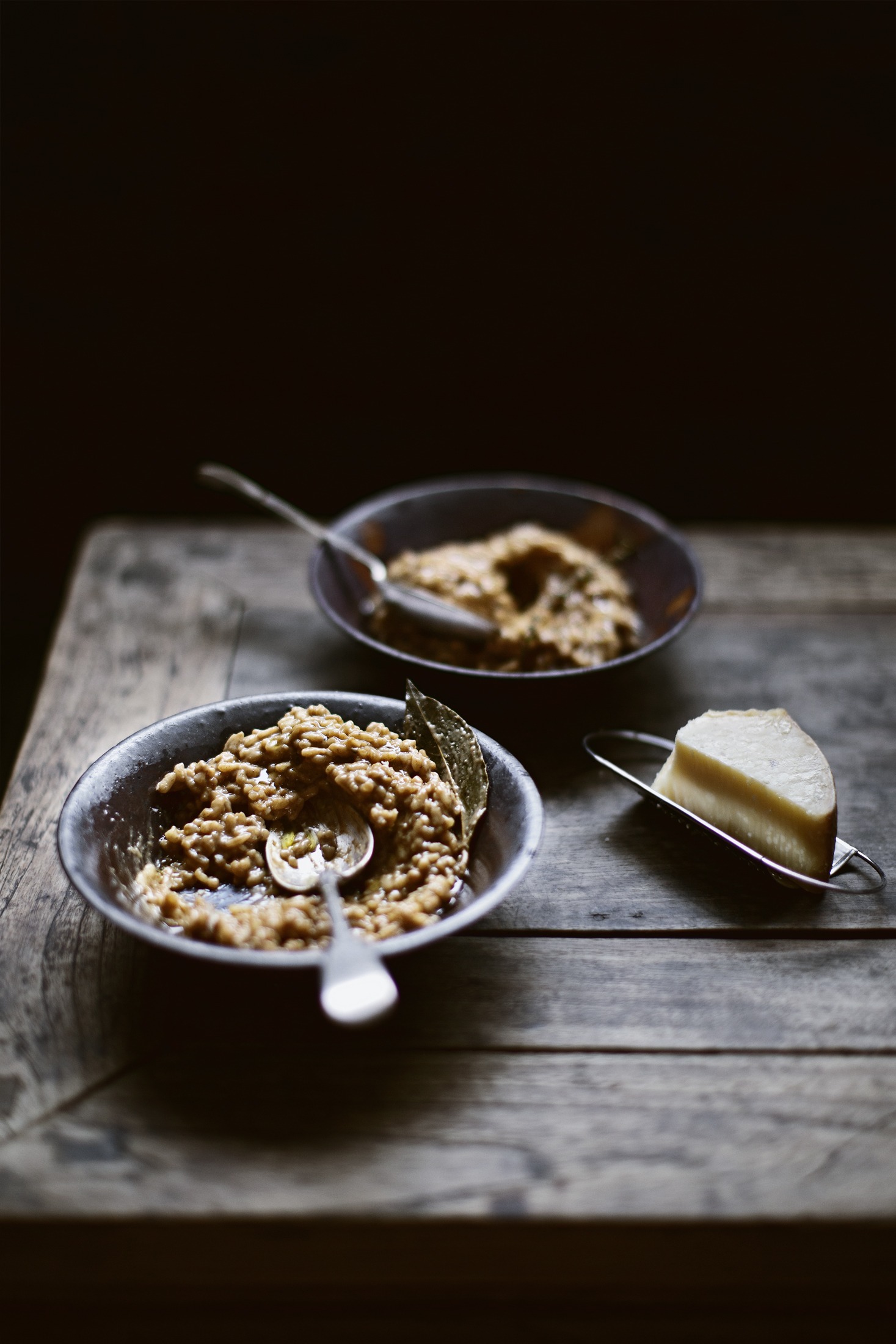 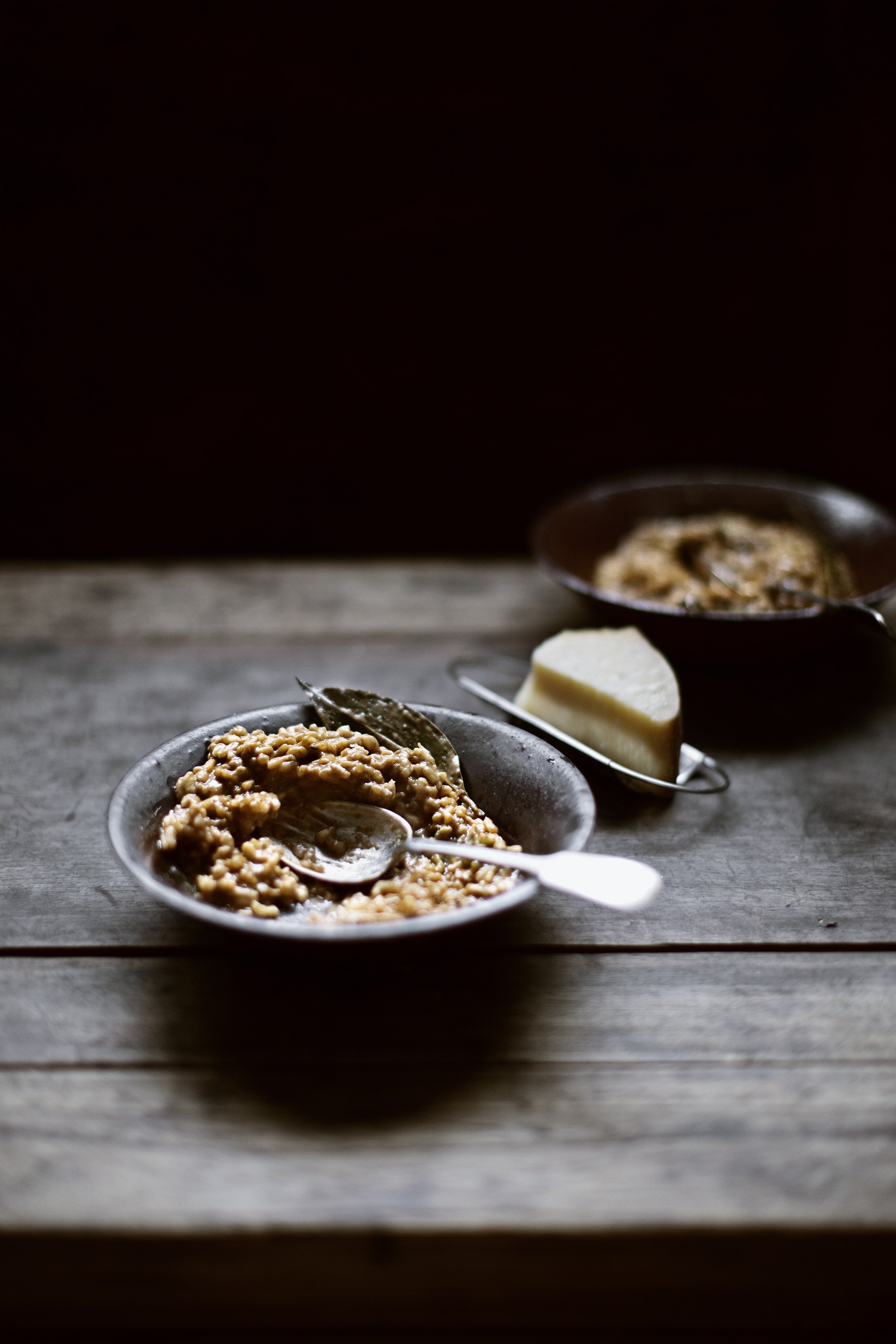 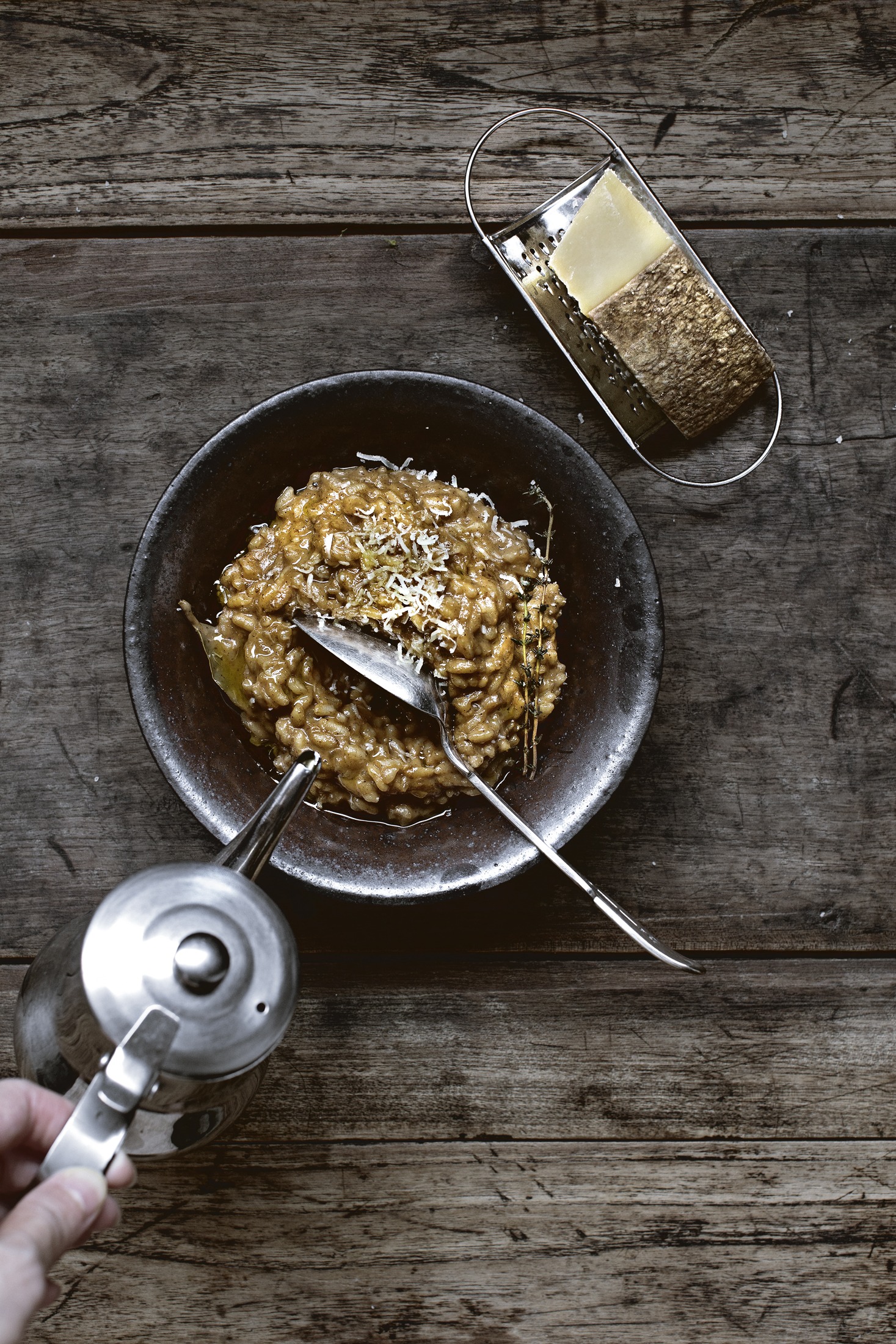 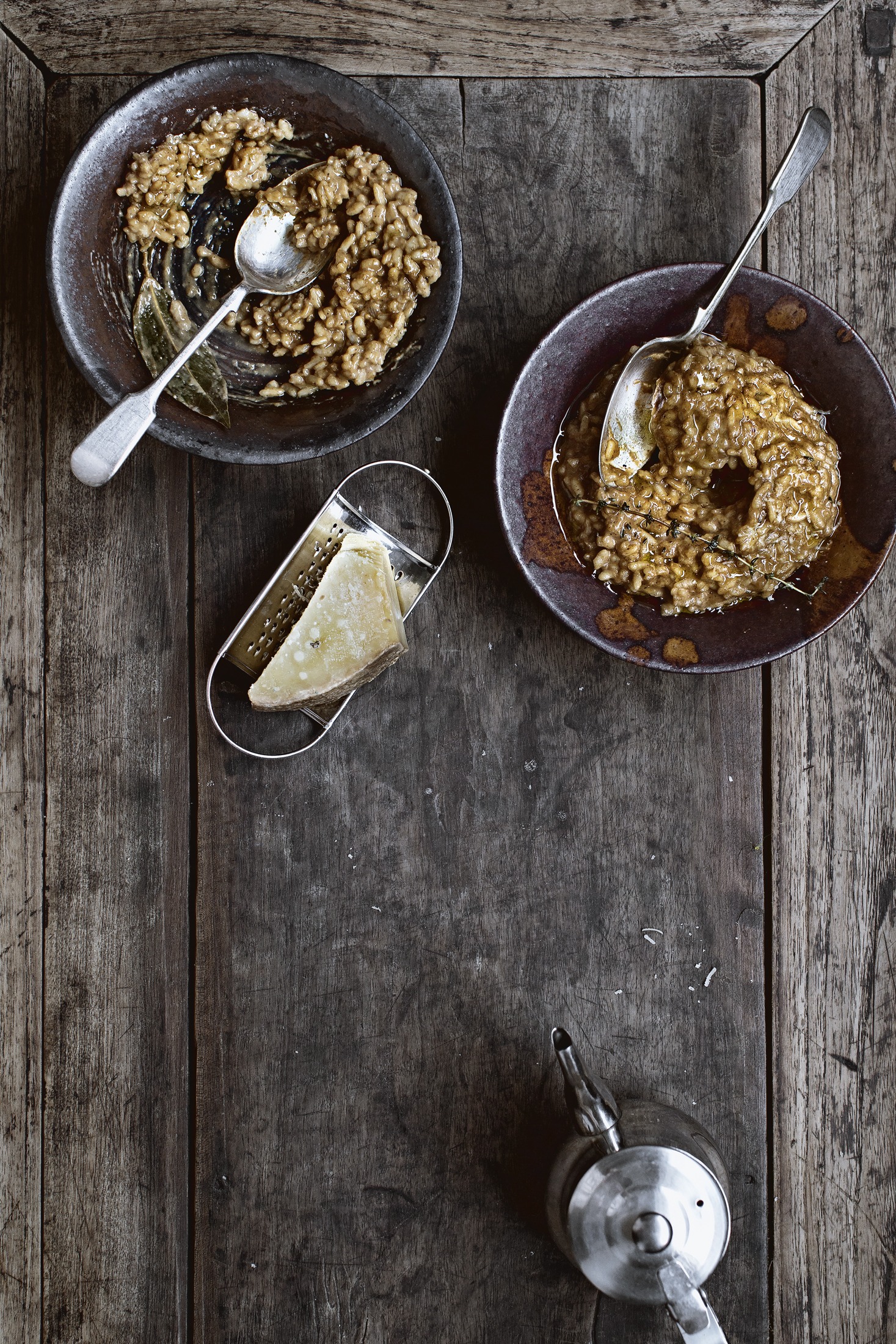 Dried shiitake mushrooms are basically the most standard dried mushrooms you'll find in any Asian groceries or Chinatown. They are widely common and available, and generally very affordable compared to other types of dried mushrooms, yet robust in flavor.

Confit on Fire
life, and a drink
Magic Shrooms