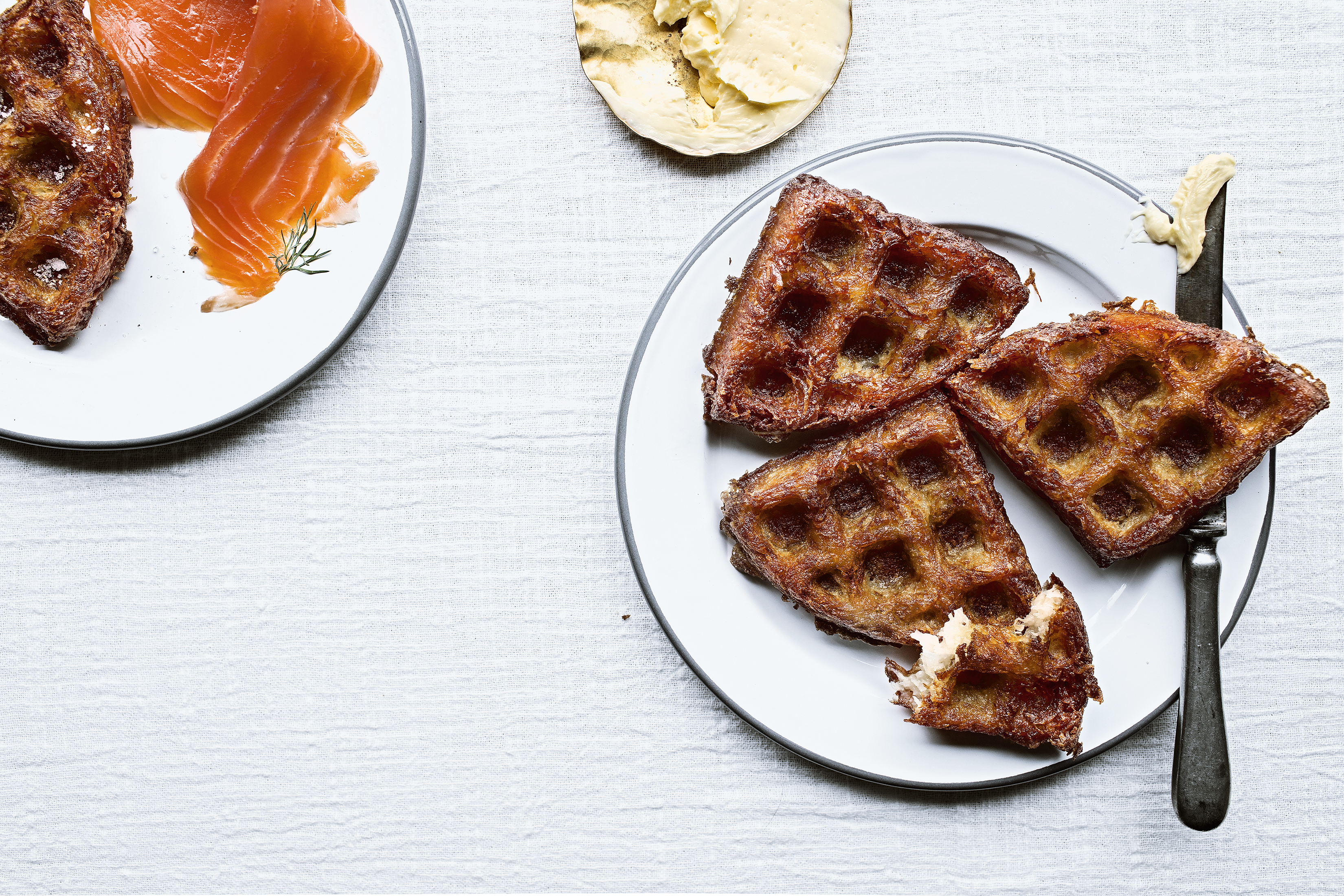 As a “foodie”, for a lack of better words, I hereby acknowledge and accept all ramifications of these following confessions:

Despite the inexcusable amount of opportunity and close proximity in the past couple decades, I have never, until last Wednesday, had a Shake Shack burger.

That is correct.  Never wanted one.  Never needed one.  I suppose as a food-blogger who’s supposed to know these things, that oozes the same level of non-credibility as a cityscape Instagrammer who hasn’t been hit by a car  — judgements ensue.  But what can I say, because to me, burgers are like children.  Despite the high hopes and dreams every time you wanted one, let’s be honest, most of them turn out to be a disappointing investment with negative returns.  So as a general rule of thumb, I avoid both equally at all costs.  Having said that, I have to admit that my first Shackburger experience — an honest portrayal of a classic cheese burger yet of high caliber — was undeniably satisfying.  But blah blah, who cares, because today’s subject has absolutely nothing to do with burgers.

Instead, it has more to do with Shake Shack’s equally famed crinkled fries.  And how it has nothing but also everything to do deep-fried potato latke waffles.

For the most part, I pride myself as a purist, almost as much as my other less honorable characteristics.  When it comes it fries, it is no different.  I contest the practice of wedge fries, shoestring fries, curly fries, spiral fries, or anything that deviates from the textbook-standard straight-cut 1/4″ thick eternal classic for that matter, is immediately frowned upon.  As much as I would like to say that Shake Shack’s crinkled fries had changed my mind, it did no such thing.  But what it did, in common with all the other attempted contestants, was that it brought an important subject into the considerations for a fantasy French fries — maximized surface area.

In all fairness, each of these criminal deformations done to an innocent straight-cut French fries, were all good intentions to increase the surface area in contact with the frying oil in order to bring more crispiness to their overall performances.  They mean well.  They really did.  Except that in most cases (curly fries, wedge fries and most waffle fries in particular), it has achieved the exact opposite.  Shake Shack’s crinkle fries had came close but unfortunately not close enough to this ideal, still held back by its excessive girth and fast food chain-standard paleness (In fact, the company’s 2013 correct ambition to revamp their fries succumbed to the demands of blindly nostalgic customers, an example where democracy fails).  But its admirable failure had left me fantasizing a perfect world where uneven and warped surfaces could, perhaps, achieve the same level of crunch and crispiness as well-made staight-cut fries.  While it certainly wouldn’t be a bad idea, so far, it remained a theoretical hypothesis like Matt Damon on Mars.

Well, that was until Freedman’s potato latke showed up on this Month’s Bon Appetit.

Impressive no doubt, but upon my first trial to test the reality of such dream, I immediately realized that its true genius lies not only in its final magnificence, but in how its process has successfully eliminated the No. 1 enemy of making anything that resembles French fries at home.  The despicable requirement of multiple blanching and re-frying.  Anyone who has attempted to create French fries from scratch at home understands deeply both the heinousness as well as the necessity of such process, which removes enough starch and moisture from the potatoes during its first soaking and second blanching so that the ultimate crispiness can be achieved in the final high-heat frying.  It’s a process that, some insist, could take more than a day…

…where potato latke waffle, does not.

All the stunning amount of liquid inside the potato is easily extracted in the shredding step, from then it further evaporates during the brief toasting inside the waffle iron where the potatoes cook and set in shape.  Roughly in a well-spent 20 minutes, the waffle becomes a homogenous body of soft and creamy potatoes held together by their own starchy content and lightly browned hems, which I’d like to point out can be kept inside the freezer on call, en route for greatness.  Inside a shallow pool of hot grease, the granular makeup of the cooked potato disbands subtly around the edges, creating jagged hot spots of glorious crispiness in the same manner throughout the rest of its geometric surfaces, underneath which, the creamy and molten potatoes are captured and sealed, awaiting for the liberation of an audible fracture.  Crispy.  Potato-y.  Incredibly.

But in the very moment when I paired them with smoked trout that was still cold to the touch as they do in Freedman’s, and smeared a barbaric stroke of whipped butter and creme fraiche to its zigzag surface as they totally should too, I immediately lost the need to differentiate.  It works undeniably as a perfect potato latke; it works brilliantly as fries.  When something works so sublimely outside the box, throw away the box. 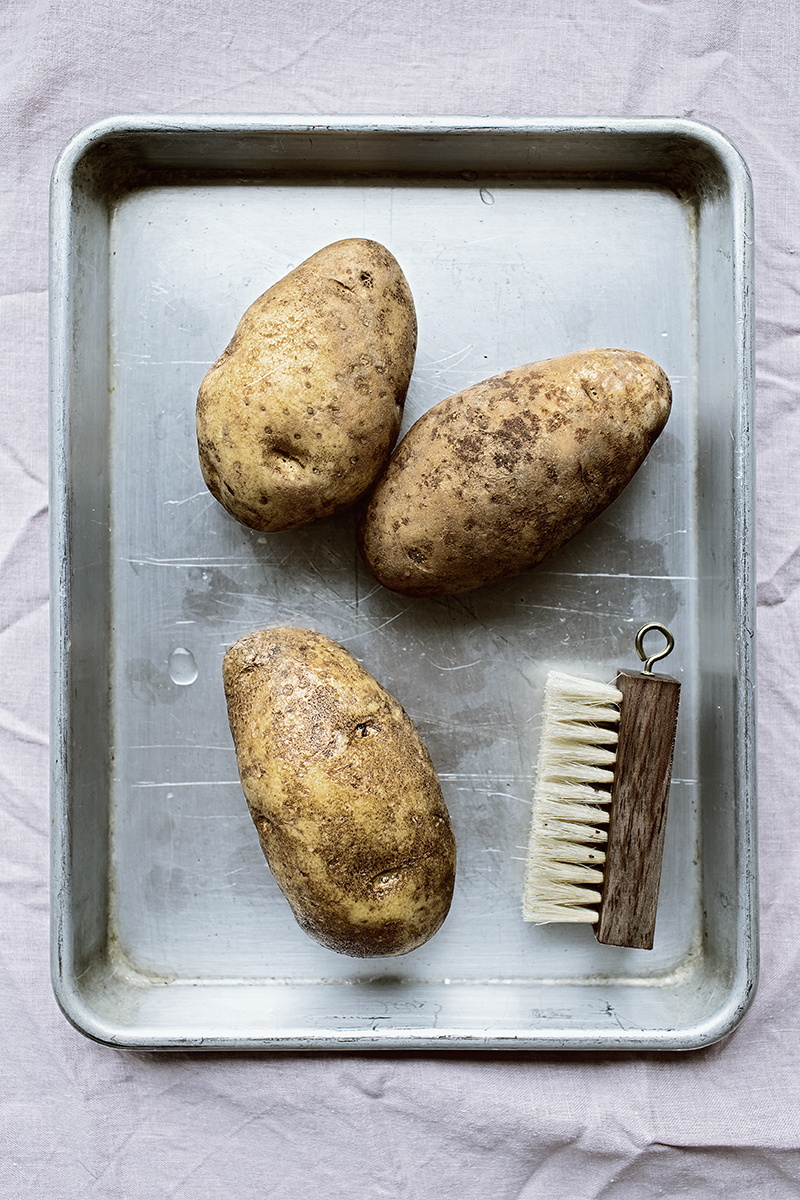 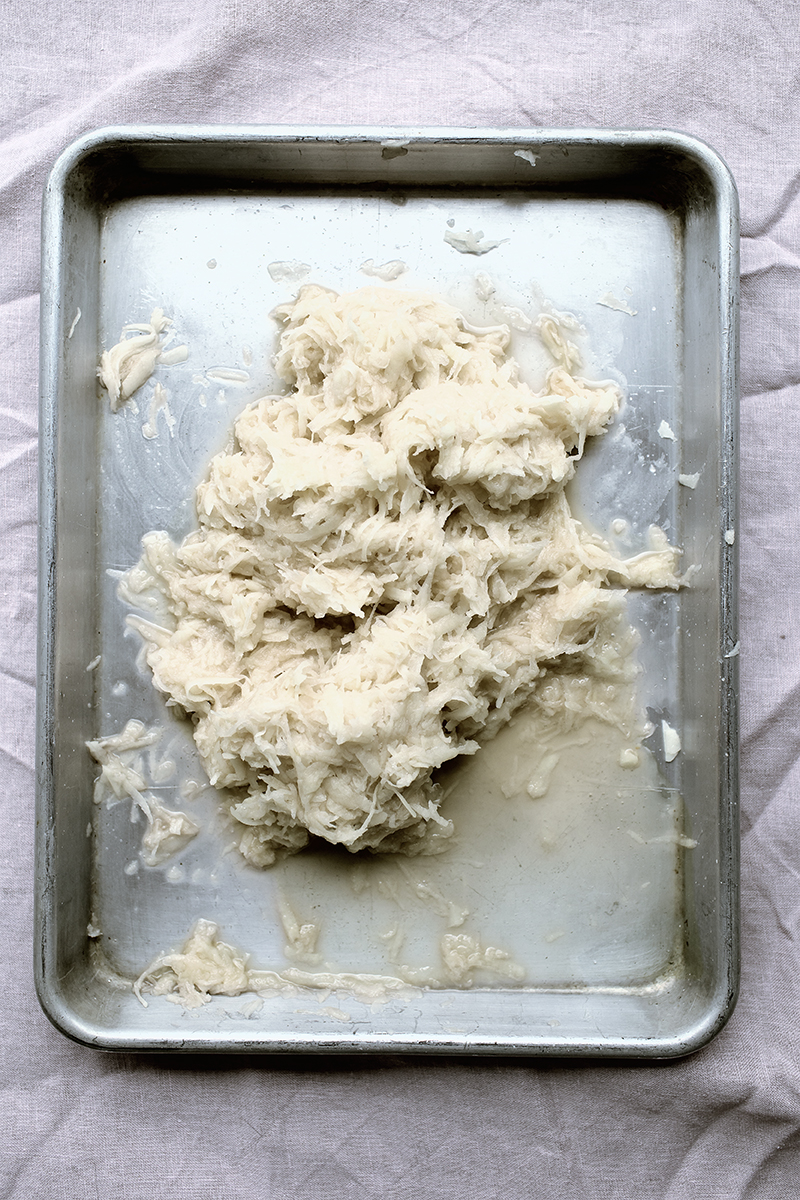 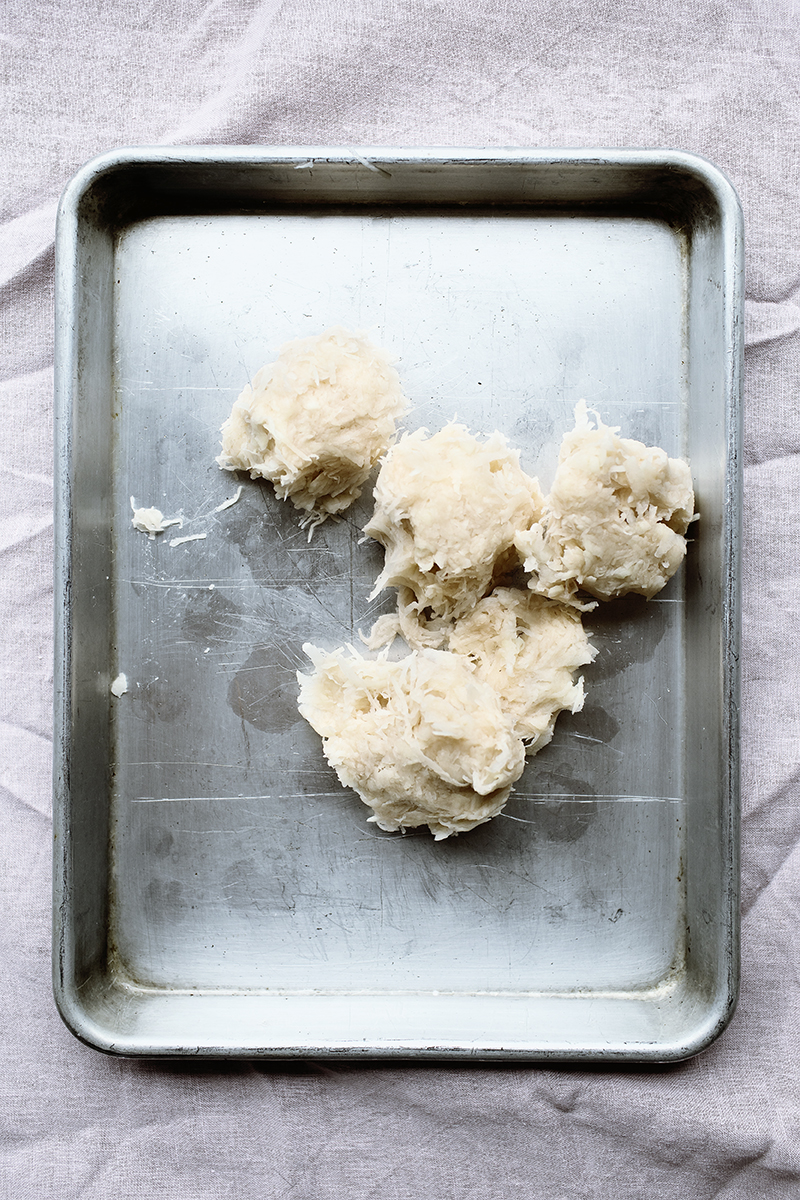 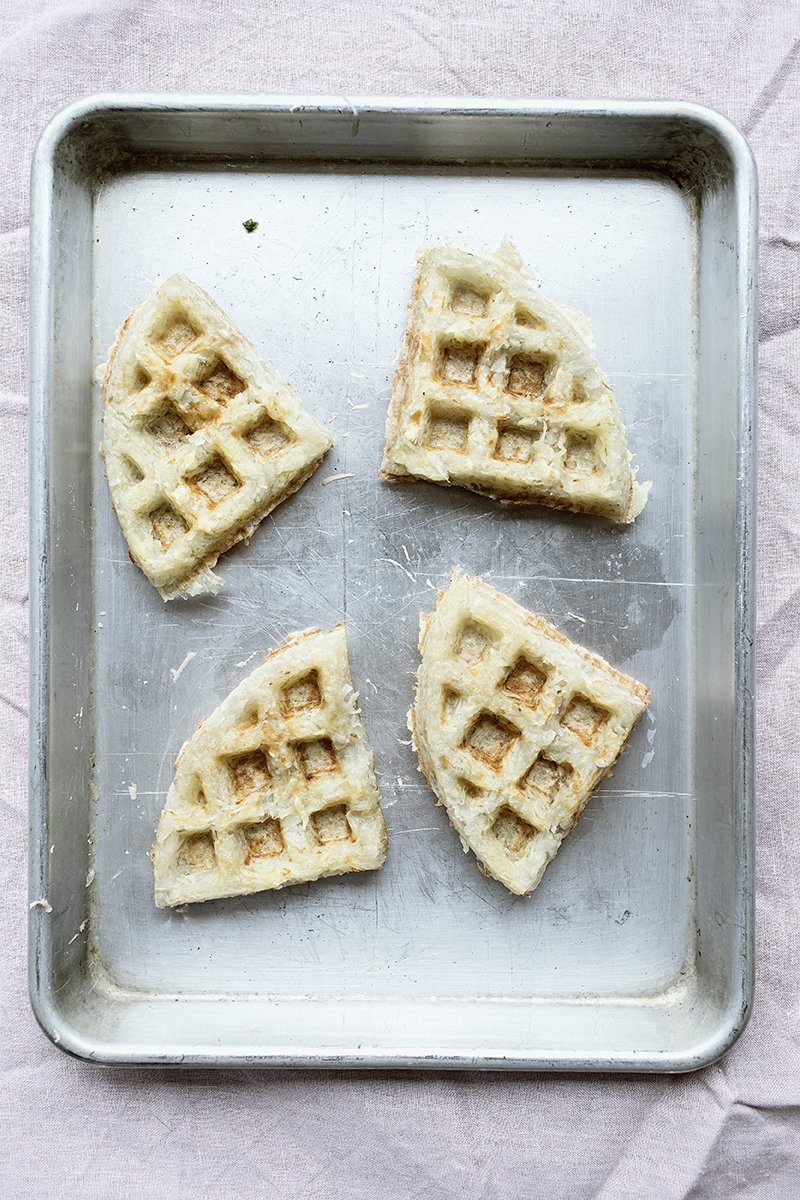 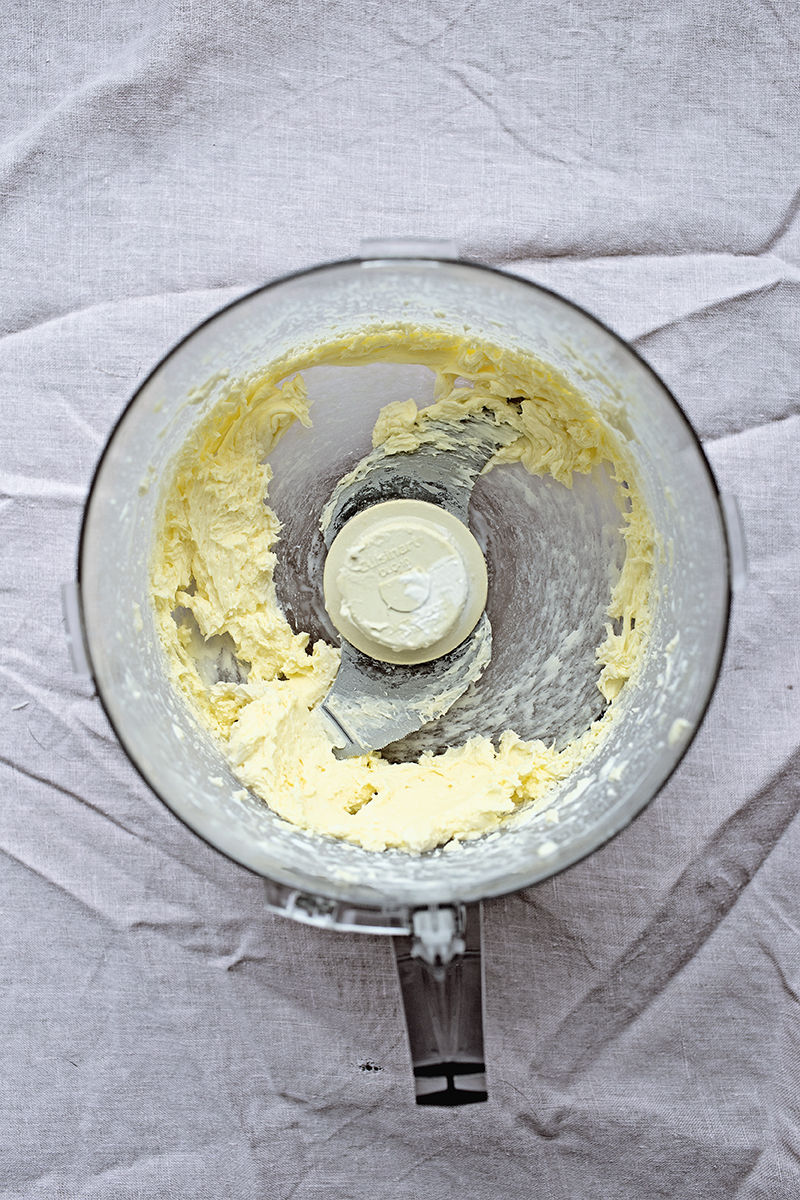 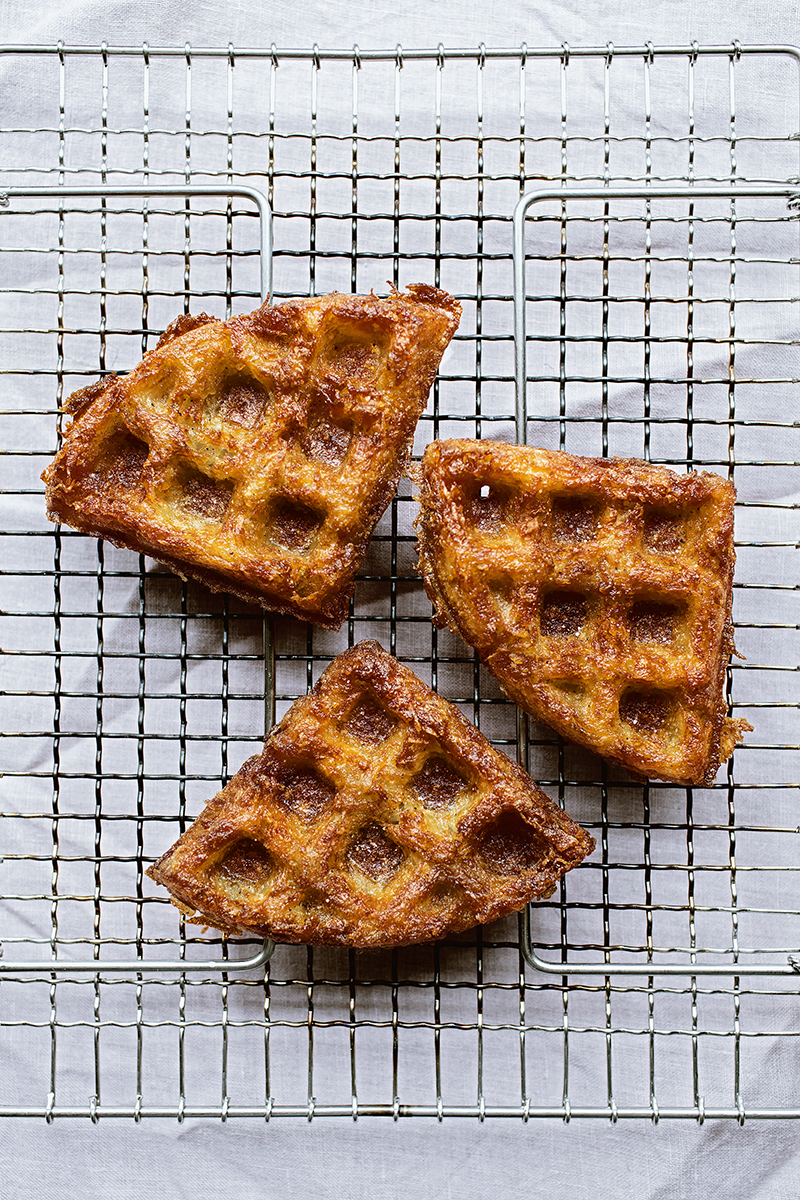 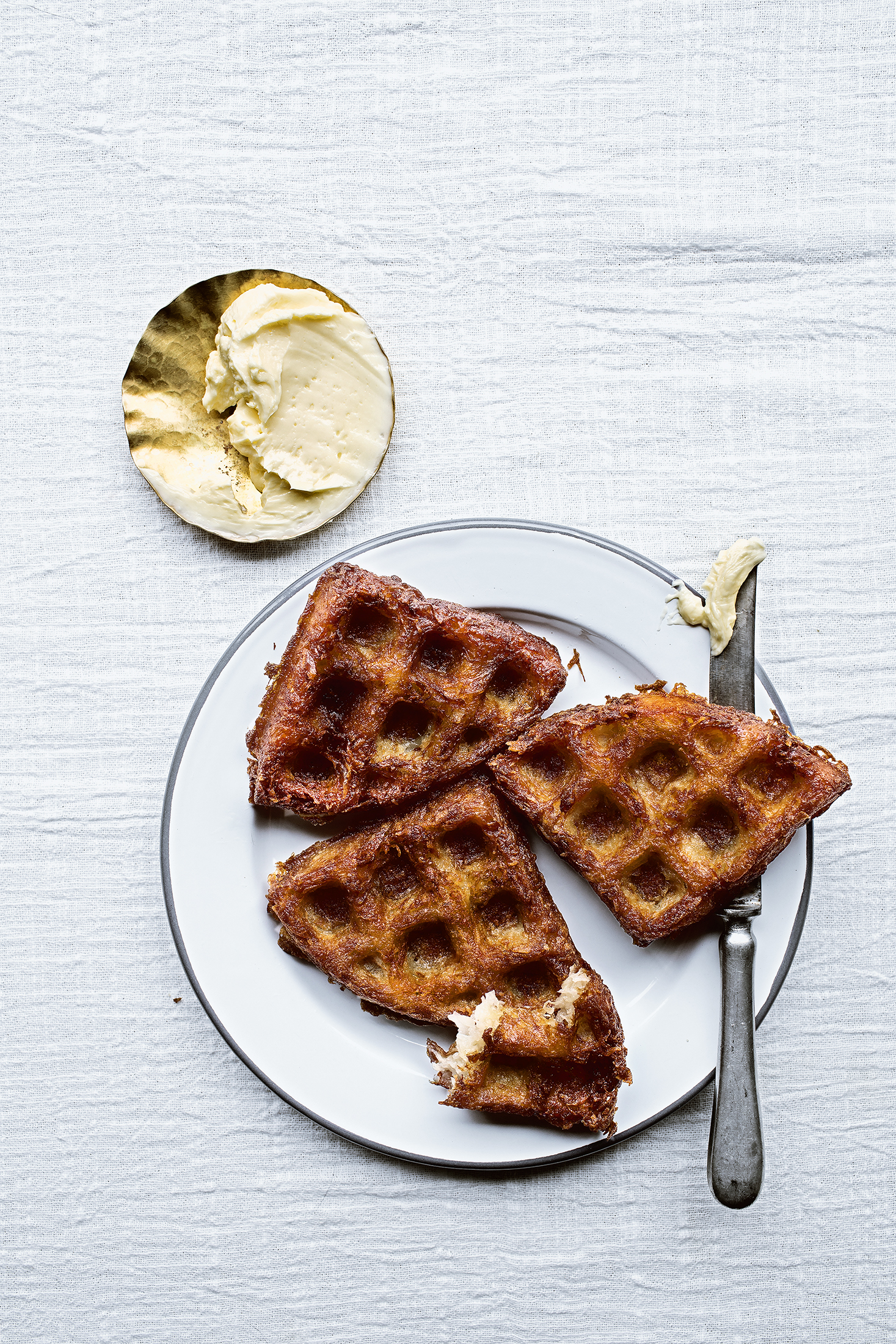 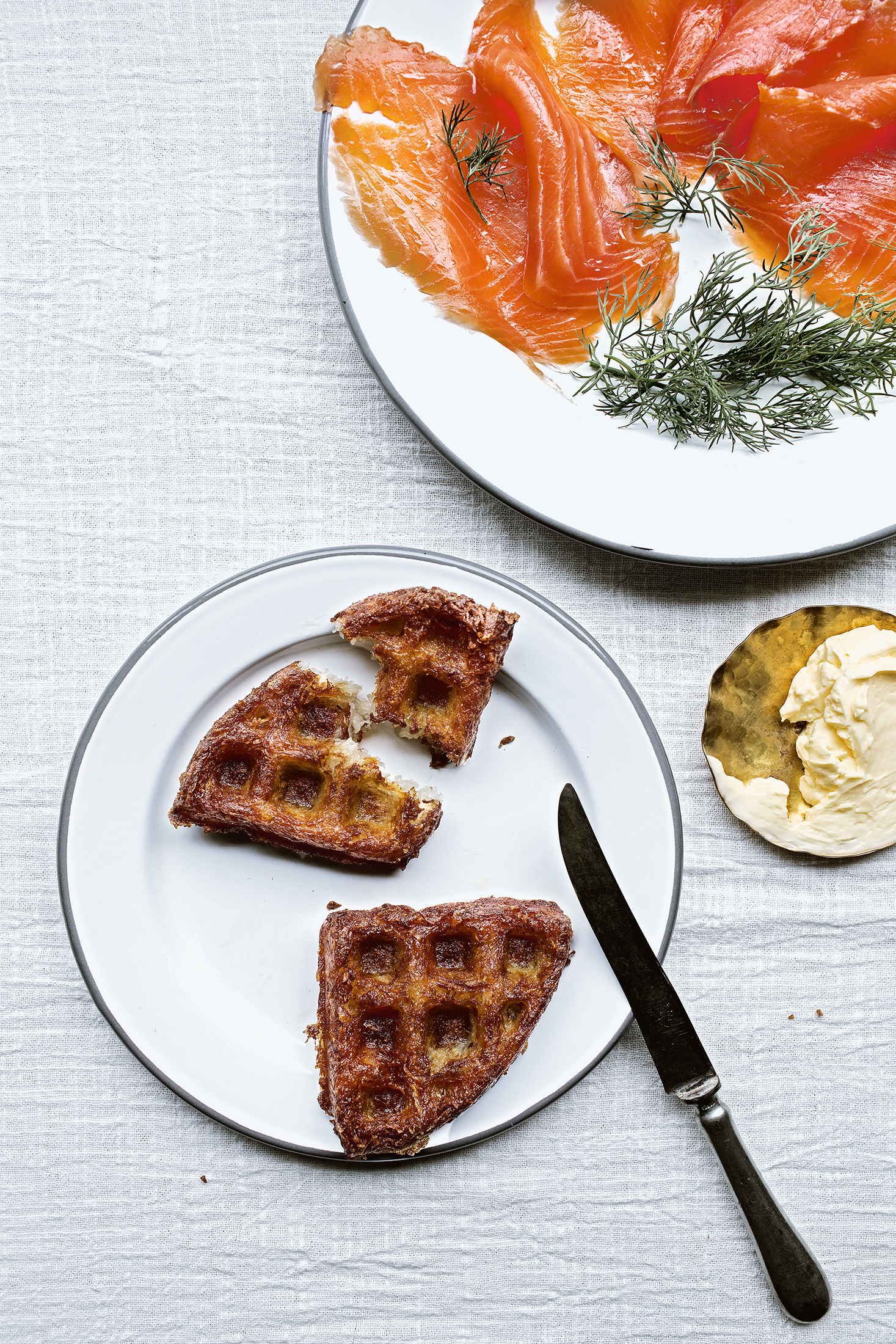 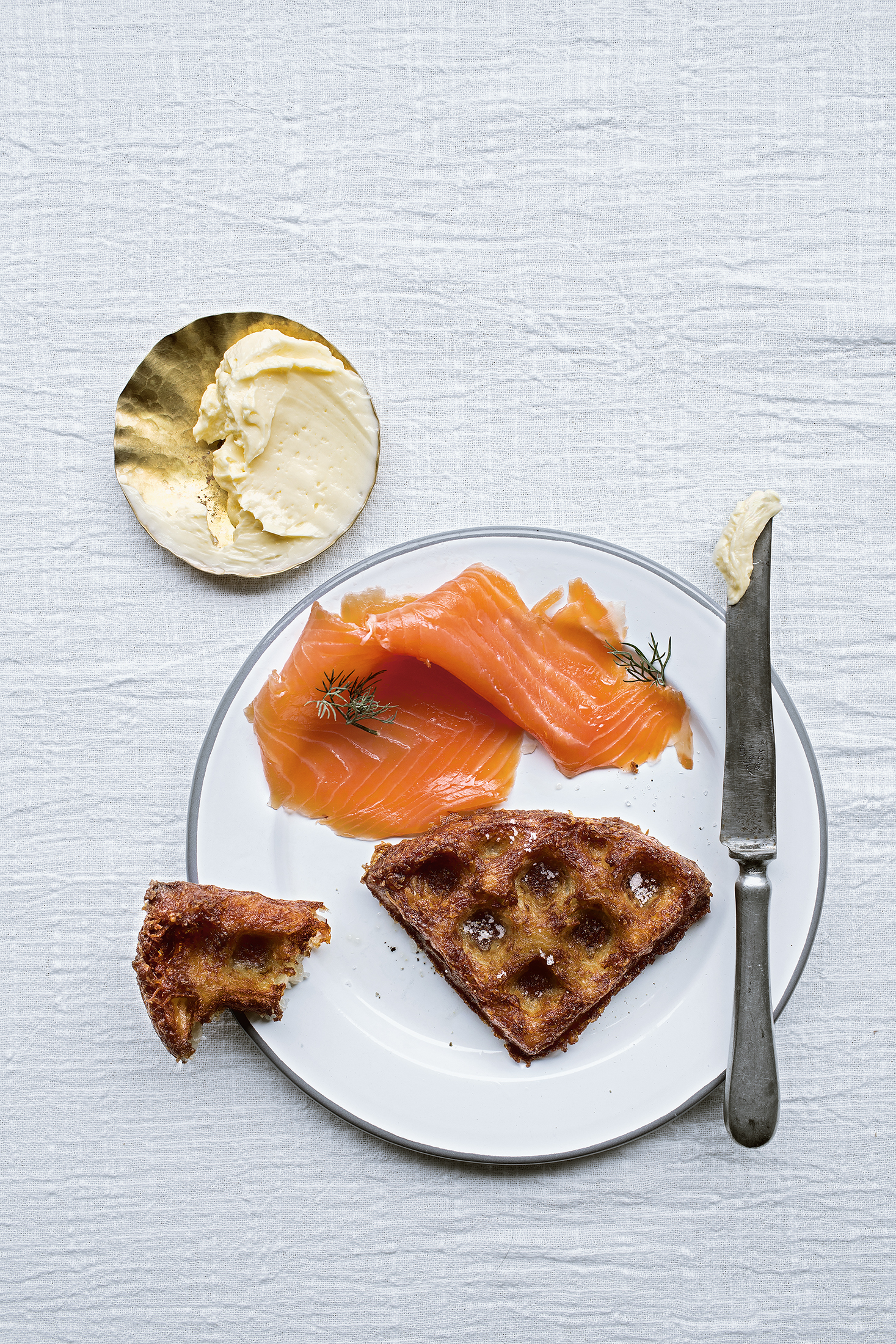