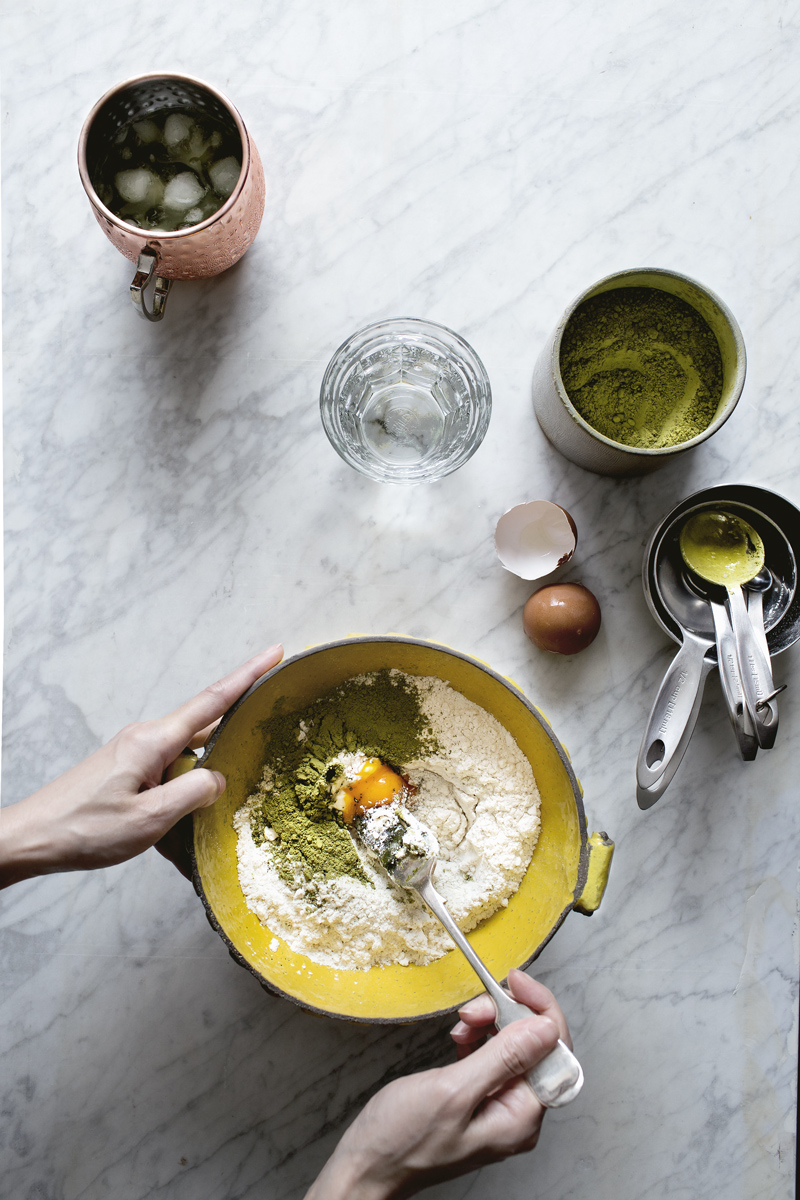 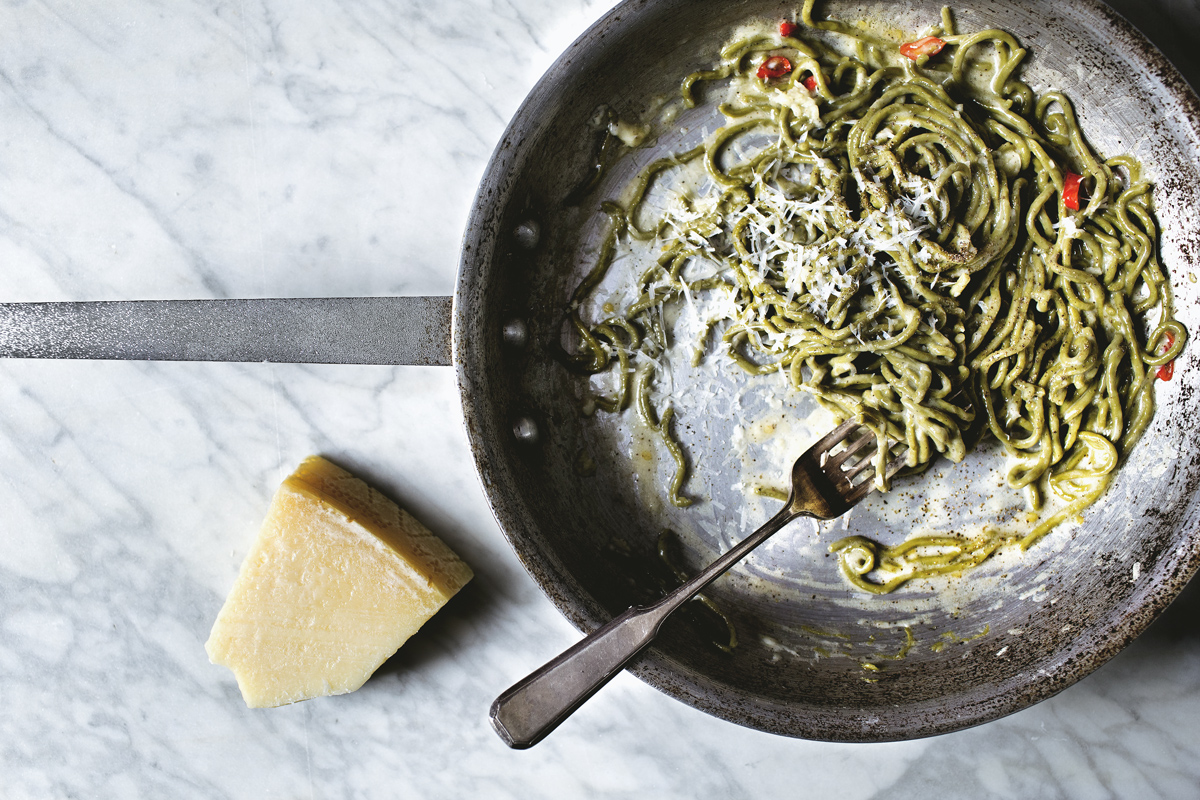 It’s probably a bad time to say this but…

Listen, if you were making fresh pastas/noodles for the first time, or the first few times for that matter, chances are, they will probably fall short.

Yeah, this may sound counter-inspirational or perhaps even discouraging from someone who is at this very moment, and repeatedly for a number of times in the past, trying to get you to make one.  But I hope I did, as a diligent practice for myself as well, stressed the key-point, perhaps the only key-point crucial to the success of making fresh pastas/noodles and that is – the only way to be good at making fresh pastas/noodles at home is to acknowledge that it isn’t, and shouldn’t be, a straightforward thing.  And whoever’s told you that it is, either sucks at it or…

WHOEVER TELLS YOU THAT MAKING FRESH PASTAS/NOODLES IS A STRAIGHT-FORWARD THING, EITHER SUCKS AT IT OR…

Hey that goes for me as well, as in if I had in the past in any way, made it sound like a failsafe dinner or advertised for any kind of one-dough-fits-all type of pasta-fantasy, like so many other recipe promoters out there, then let me tell you once and for all that – we were fucking lying.

No pastas/noodles are made equal.

Simple, yes maaaybe, if we were talking about the basic makeup of ingredients that doesn’t stray far from some kind of flour mixed with some kind of liquid, but the dummy section pretty much ends there.  What type of flour?  Typical wheat flours, yours or mine?  What type of liquid?  Eggs are largely made with water, too but yolks come with fat and flavor where whites come with proteins that strengthen the dough, and what is it that we want?  What shape is the pasta/noodle?  Thick fat boys may require a softer dough whereas thin, delicate ones may need a bit more build and in between them two, there are fifty shades of chew. 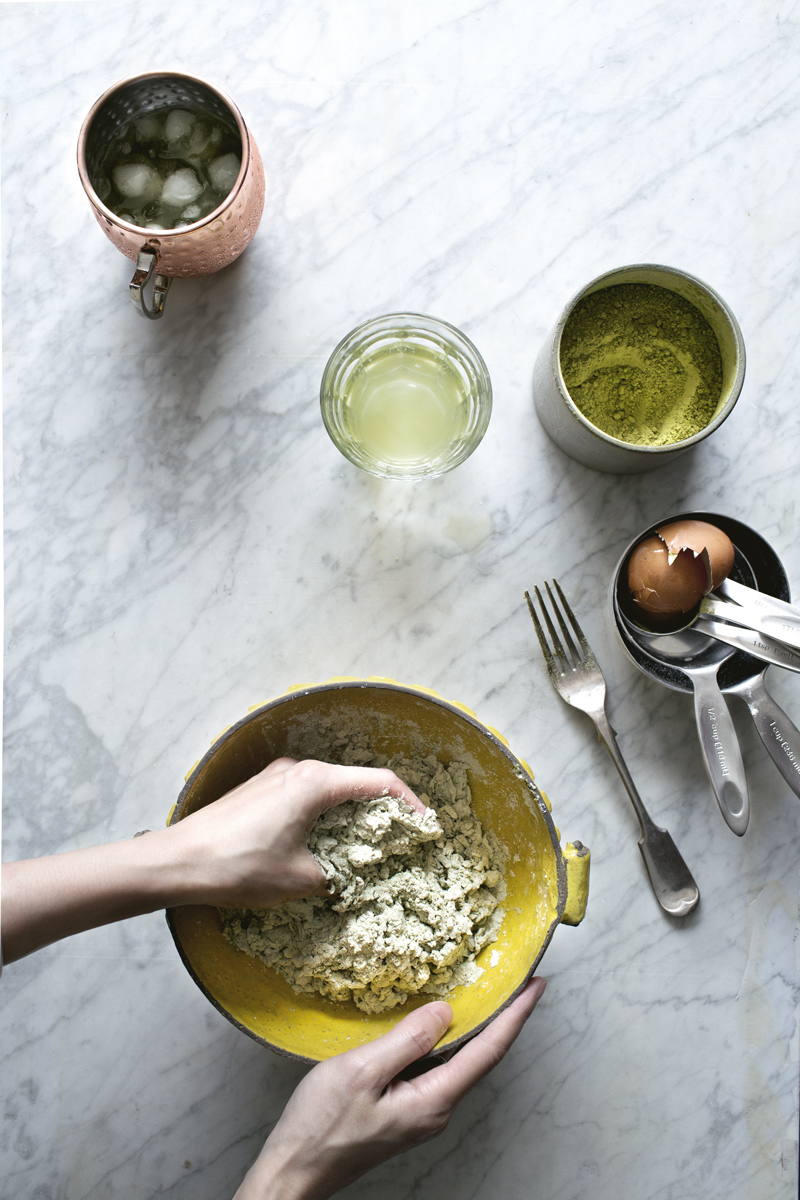 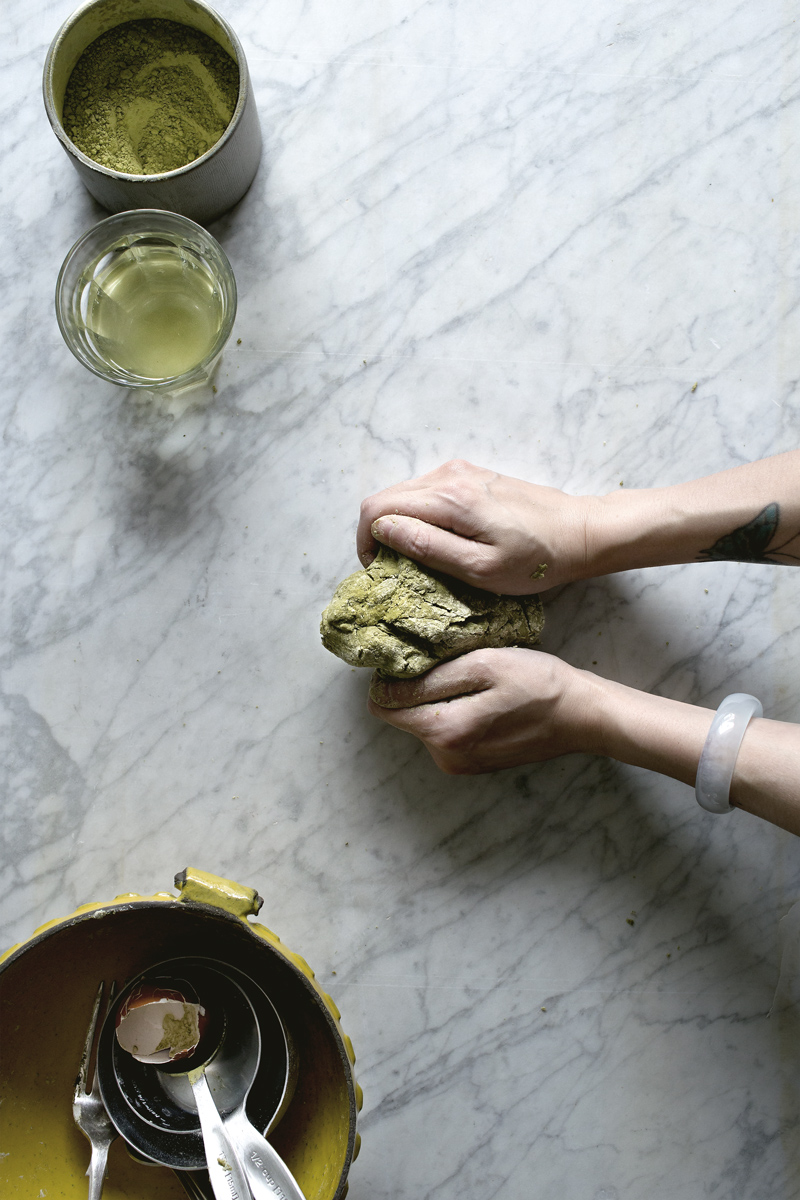 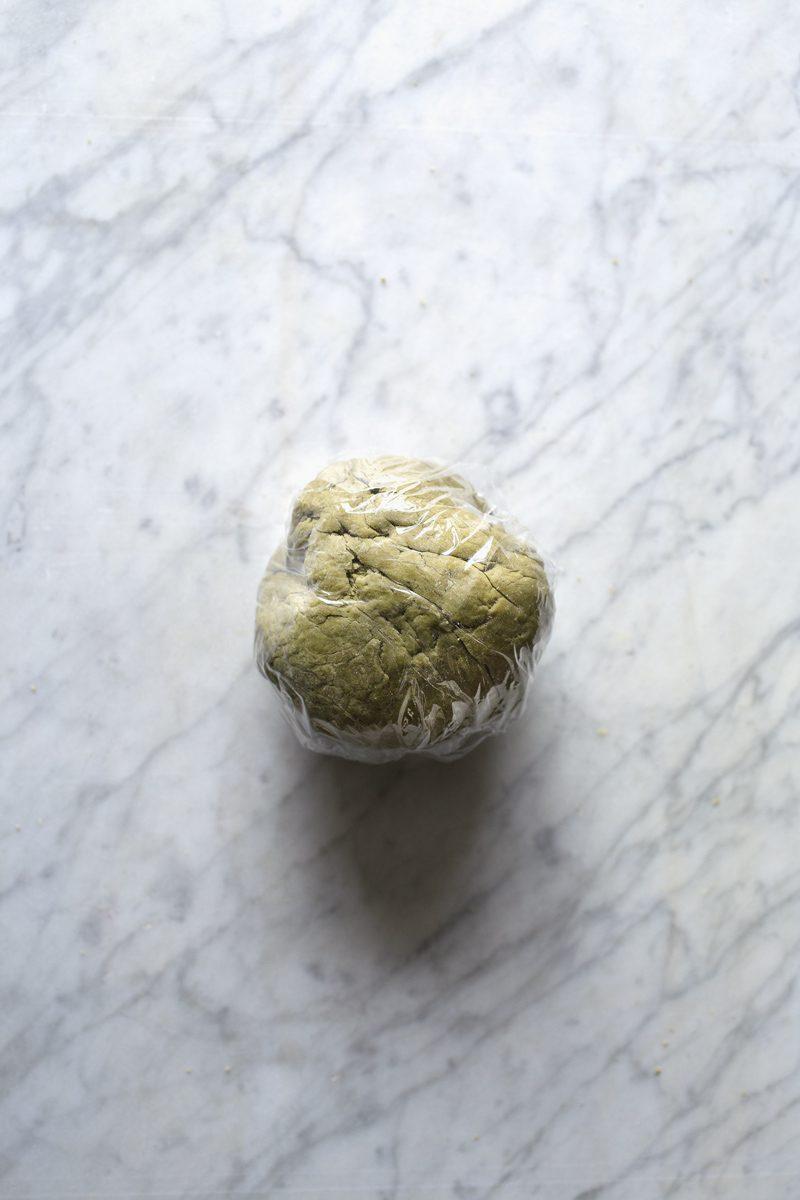 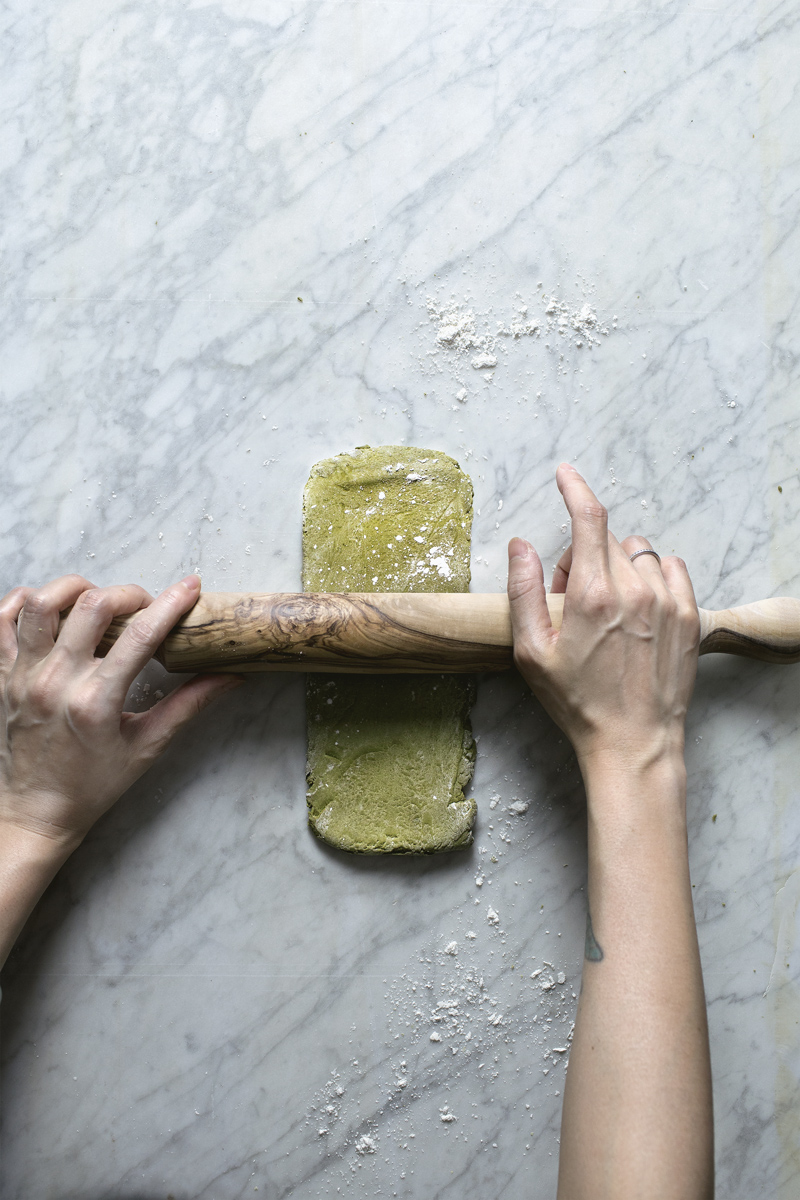 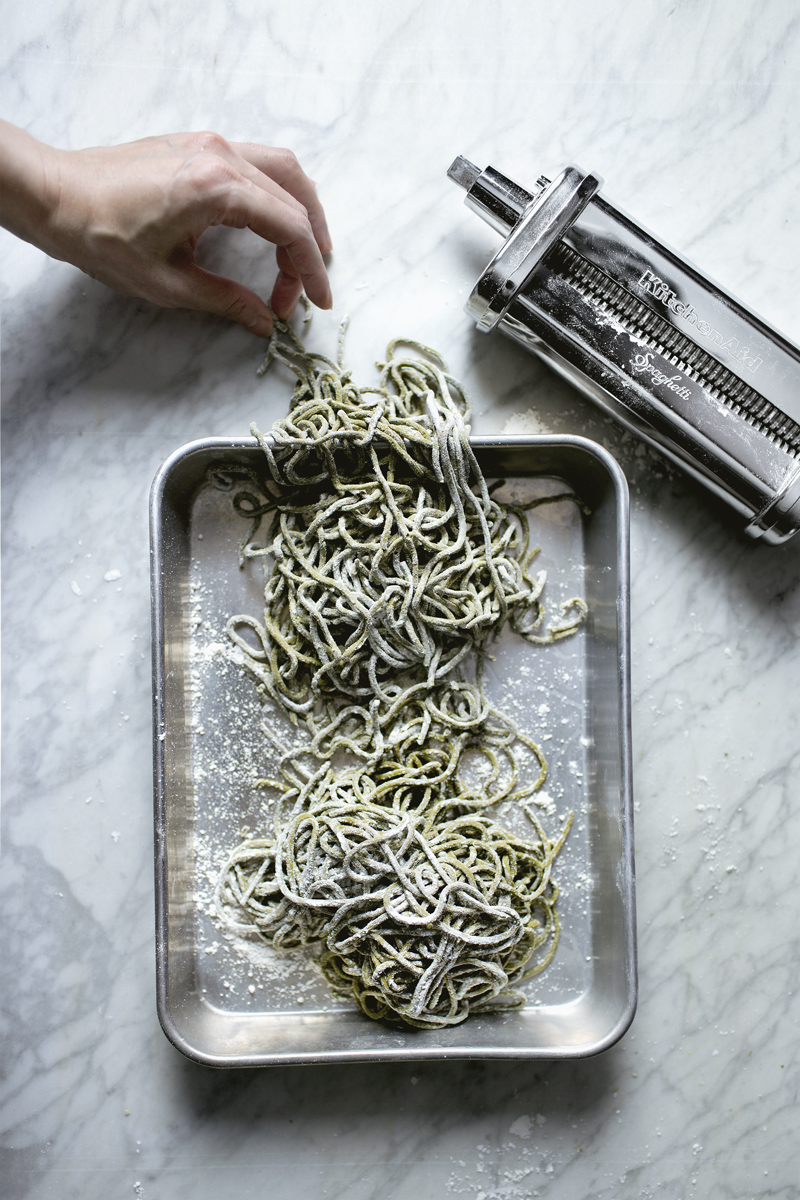 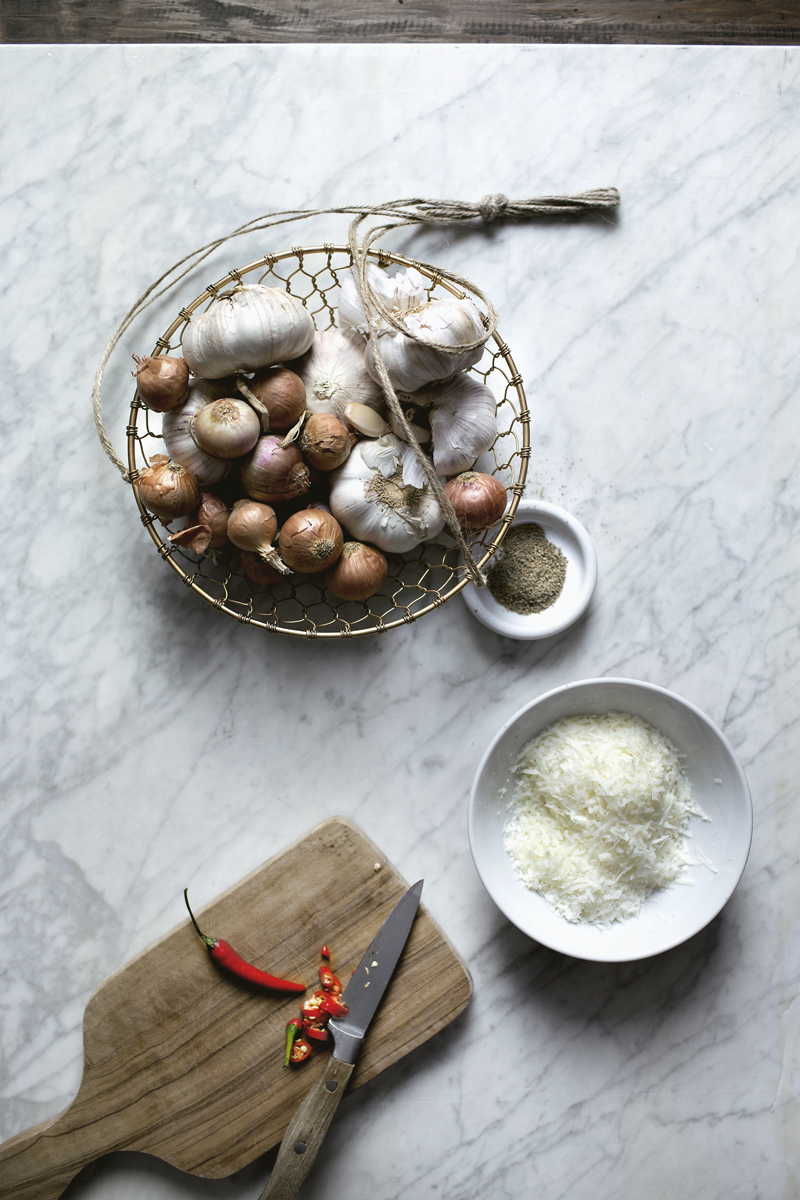 So why is it that there are so many one-fits-all recipes out there that are being sold simply as “the pasta dough”?  Oh wait, I know, it’s because they don’t want to scare you.  Yeah you as in those seeking   why-can’t-that-guy-just-cook-me-a meal type of ideas.

Listen, if you are scared instead of being excited by the complexity, not to mention the fun in tailor-making a specific type of pasta/noodle dough for a specific type of application, embracing the possibility that yes you might fail a few times before arriving at something satisfactory, then listen, hey, no offense, but you just don’t have any business in this area of cooking.  Go boil a chicken breast or somethin’ but guess what, even that, shouldn’t be brainless.  Of course, I’m not saying I’m there, far from it, and it’s a never-ending quest, but I hope you’ll find use for these few general rules of thumbs from the past that have served me quite deliciously.

First of all, what do you want?

For a chubby and fat type of fresh pasta like cacio e pepe or this hand-shaped needle point pasta, we want more “chew” and less “bite” and thus resulting in the use of semolina flours (a stronger flour that creates more chewiness) and the elimination of egg white (too much protein that makes the dough tougher) in a medium-soft dough.  Then for Xi’an style hand-pulled noodles like biang-biang noodles, we want delicate but elastic white wheat flours with about 11% protein plus the aid of salt (promotes gluten) in a very soft and stretchy dough in order to create the “pull”, but no eggs so that the noodles are soft and chewy but not “toothy”.

Each rationing supports a different purpose, which brings us to today’s matcha spaghetti.

I’m a chubby chewy noodle-kind of girl.  For anything else that requires more “bite” or “tooth”, I default back to dried pastas or noodles to scratch that itch, unless… we are talking about adding something more exciting to them such as, shall we say, the slightly bitter and almost grassy flavour of matcha/Japanese green tea powder.

Spaghetti.  The vanilla flavor of pasta, supposed to be basic and friendly for which we always refer to the packaged dried version for that “al dente-ness”, and there is no reason to change that.  But dried spaghetti and fresh spaghetti, are two wholly different beasts.  Instead of toothy with bites, fresh spaghetti is bouncy, springy and lively.  For it’s slenderness, it requires a relatively drier dough, with a softer flour at about 9~10% protein and egg white to provide more build.  Then, there’s the introduction of the matcha powder.  Naturally, as I did in my first trial, the matcha powder would be mixed into the flour followed by the addition of liquid just like any other noodles.  But as it turned out, the matcha powder, without being “woken up” first, only gave the spaghetti a very faint reminder of its potential.  I mean what’s the point of making matcha spaghetti that doesn’t taste like matcha?  As it turned out, it had to be “steeped” in the wet ingredient first as a grassy paste before it went on to spread its gospels in very matcha-packed water molecules.

The result is beautifully moss-green spaghetti that is firm but not doughy, springy but not tough, with a pleasantly grassy and faintly bitter aroma that lingers in the background.  When you have something as delicate as is, you don’t want to distract yourself from it.  Simple olive oil, a bit of sparks of chili and black pepper, a simple emulsion of pasta-water and Pecorino Romano.  A dash of fish sauce?  Yes, yes my friend, it works.  And if not, a sauté with spring vegetables and ponzu accompanied by a good glass of cold water should suffice.

Don’t be scared.  Be excited!  Precisely because it isn’t simple, and therefore, much more interesting. 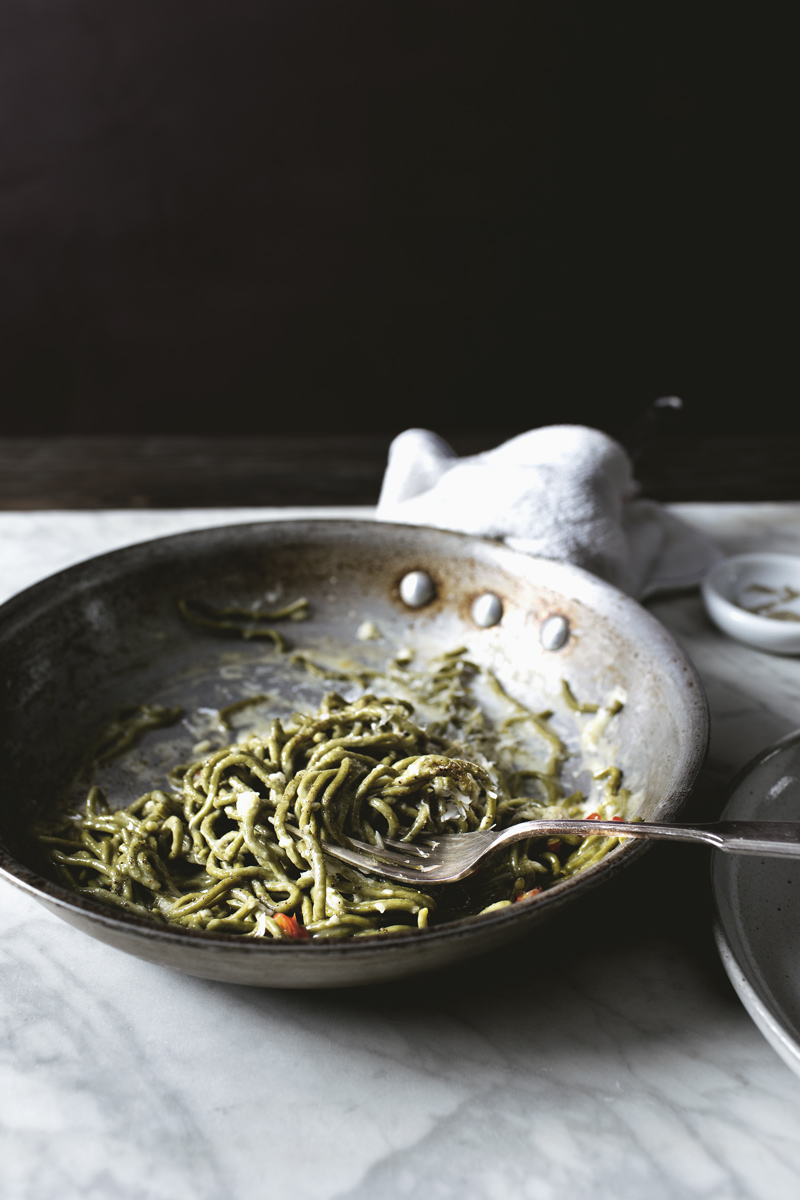 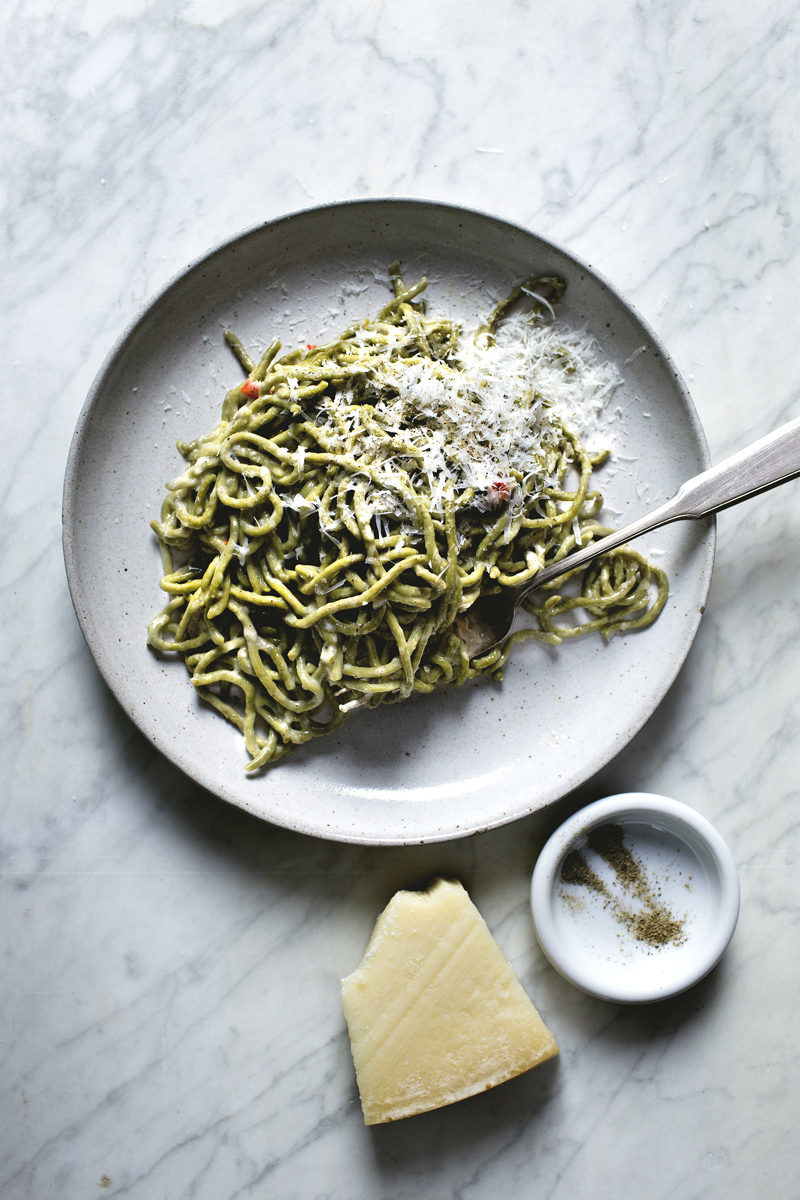 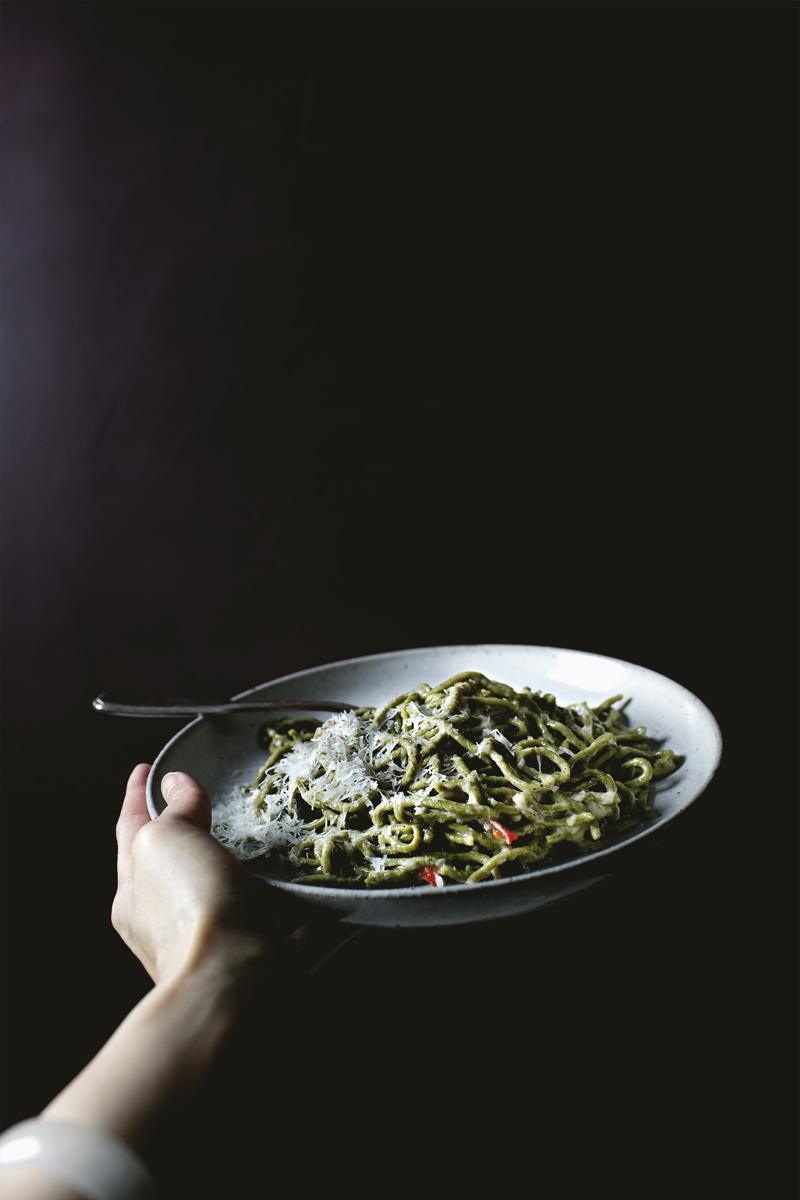 The matcha flavour is subtle and delicate in this noodle, so as much as I love garlic, it does overrun the matcha quite a bit. Therefore I'm going to leave the garlic as "optional". Add all, none, or add a bit, it's up to your mood of the day if you wanted something robust or delicate.

Fish sauce may sound weird in this application but trust me, it just brings everything together.

If your fresh spaghetti tastes to doughy, it's probably beause it's too thick.