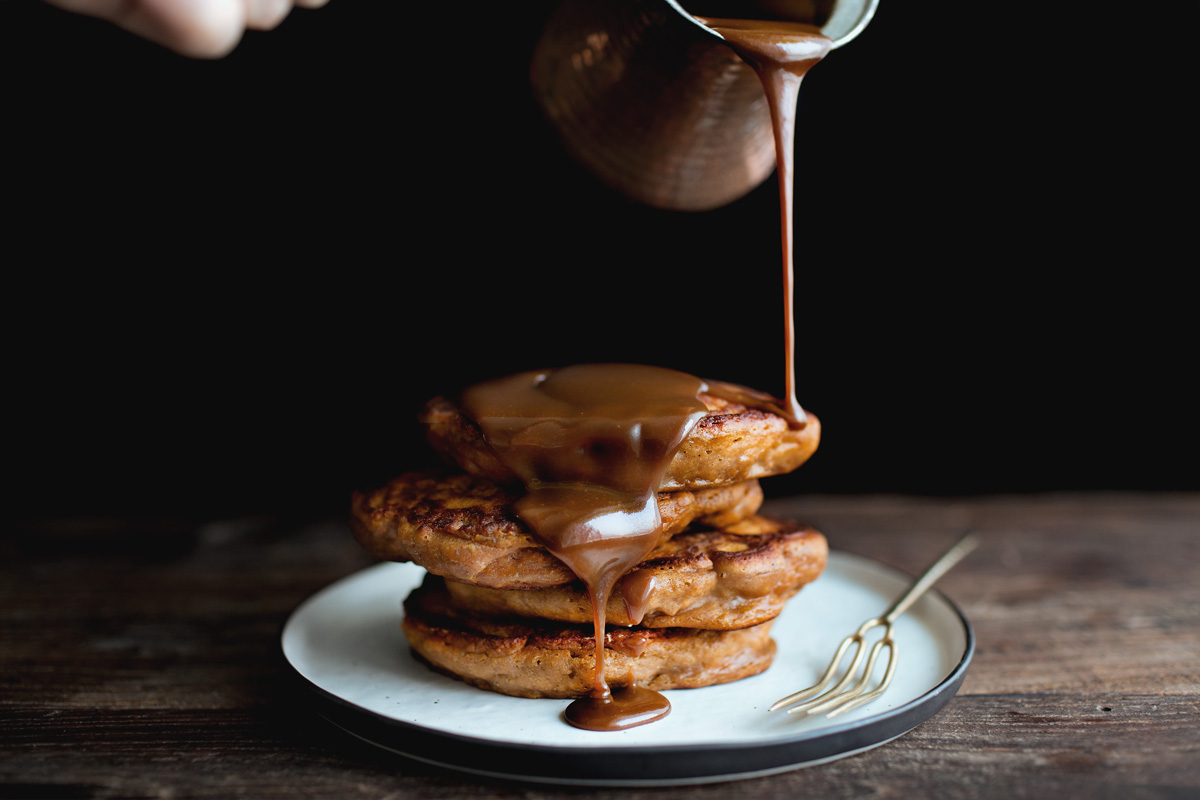 A BUBBLY SYMPHONY OF BUTTER AND CREAM, SUGAR AND HONEY, A PINCH OF SEA SALT AND BRANDY HERE AND THERE, AND THAT LAST TOUCH OF VANILLA

I’m quickly leaving you the last post before we take a short trip to Hong Kong and Seoul next week.  It’s been… well… 2 years since the last time me and Jason traveled together.  What used to be frequent occurrences and a huge part of of our lives, now feels a bit unfamiliar and exciting again, well, tinted with a bit of sadness at the same time.

So with all the packing, cleaning out the fridge, packing again and feeling a bit empty now that we have minus-two dogs to say good-bye to, I’m gonna leave you alone with these pancakes that I’ve lately, grown quite fond with.  As I previously declared, I’m not a pancake person.  Still not actually.  But what I like about these pancakes, aside from the fact that they taste, preferably, like the lighter version of the often-times unbearably sweet sticky toffee puddings, is their relatively loftier heights that bring more tasty contrast to the fluffy interiors and the crispy edges.  The pancakes use, more or less, the chiffon cake-technique by folding beaten egg white into the the batter to pump up its airiness.  Then I cook them with a lid on, which speeds up the cooking time, and from what I felt, retains the height of the pancakes better.  You could add chopped dates to the party as the tradition, but I kept them lazy, only mimicking the flavours by adding molasses, grated ginger, ground cinnamon and allspice.  After all, the highlight of sweetness should only come from the thick and glistening syrup, a bubbly symphony of butter and cream, dark brown sugar and honey, a pinch of sea salt and brandy here and there, and that last touch of vanilla.

So here we go, to mark to the end, and the beginning, and then the repeating of it all that is change and life.  I’ll see you again, on the other side.

Gold brass spoon made by the amazing Ann Ladson.  Yellow mixing bowl from Dishes Only. 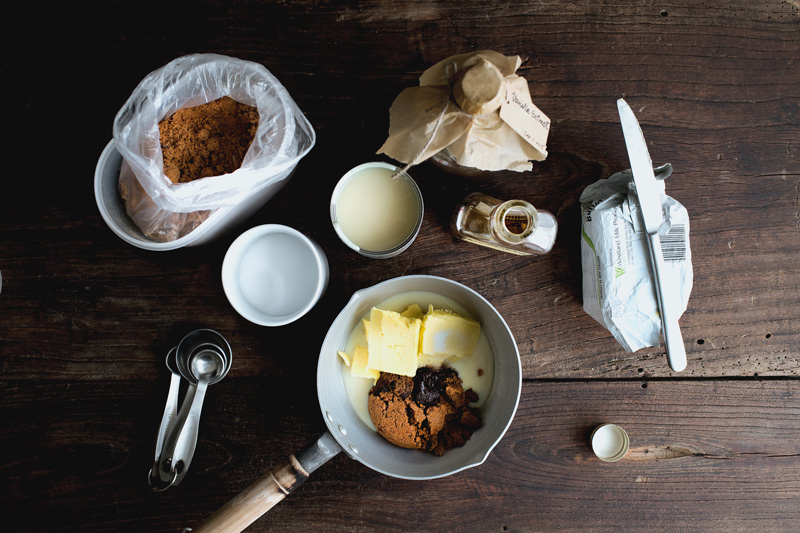 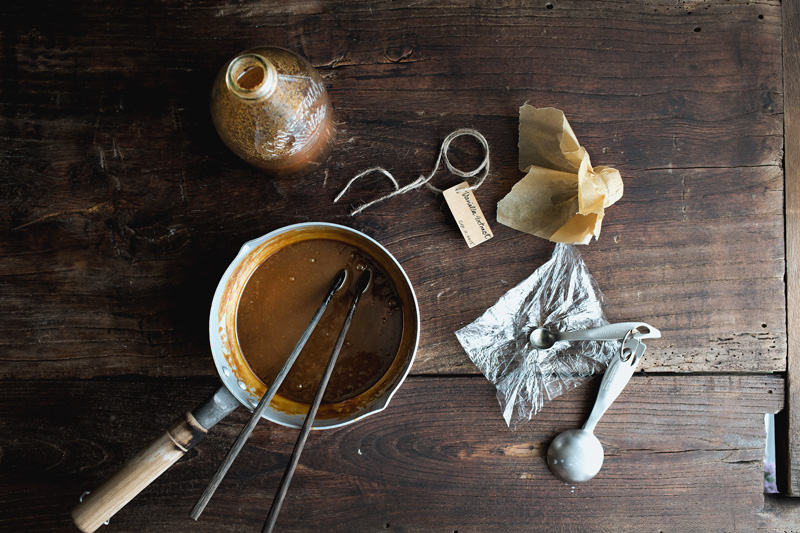 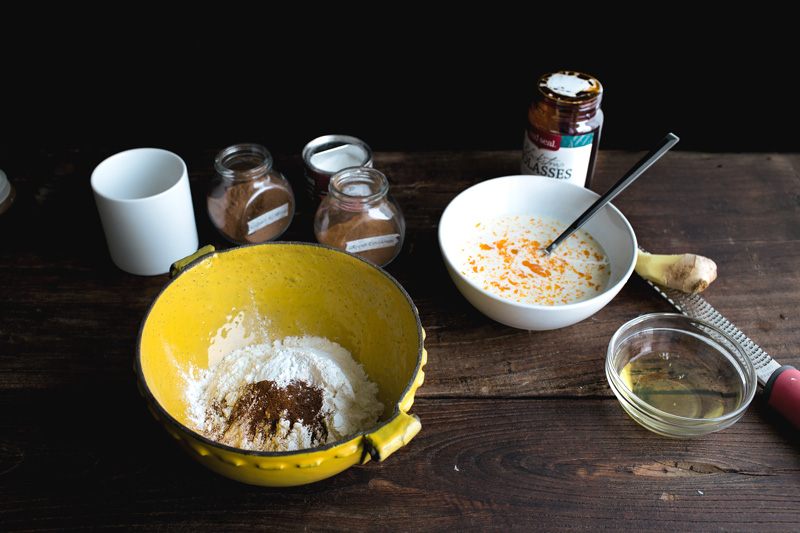 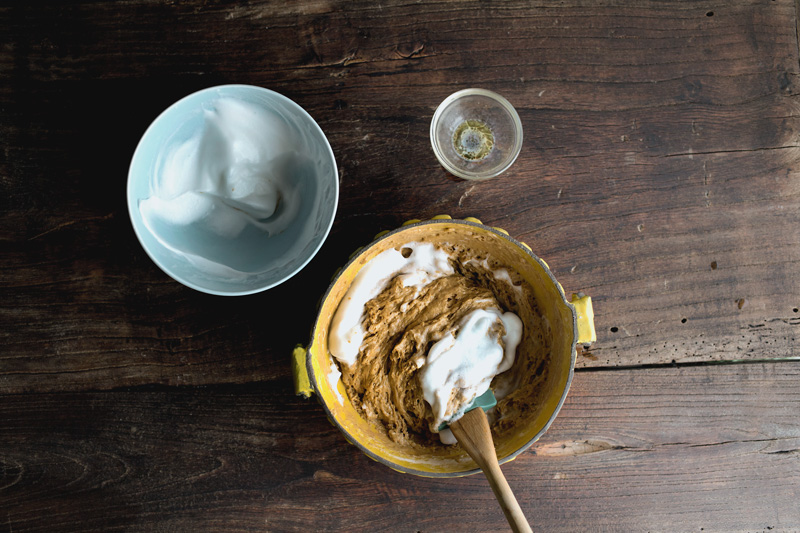 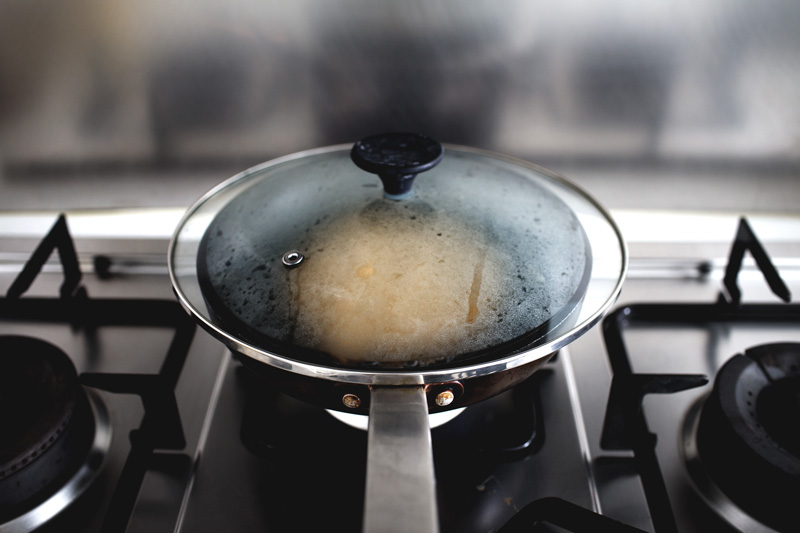 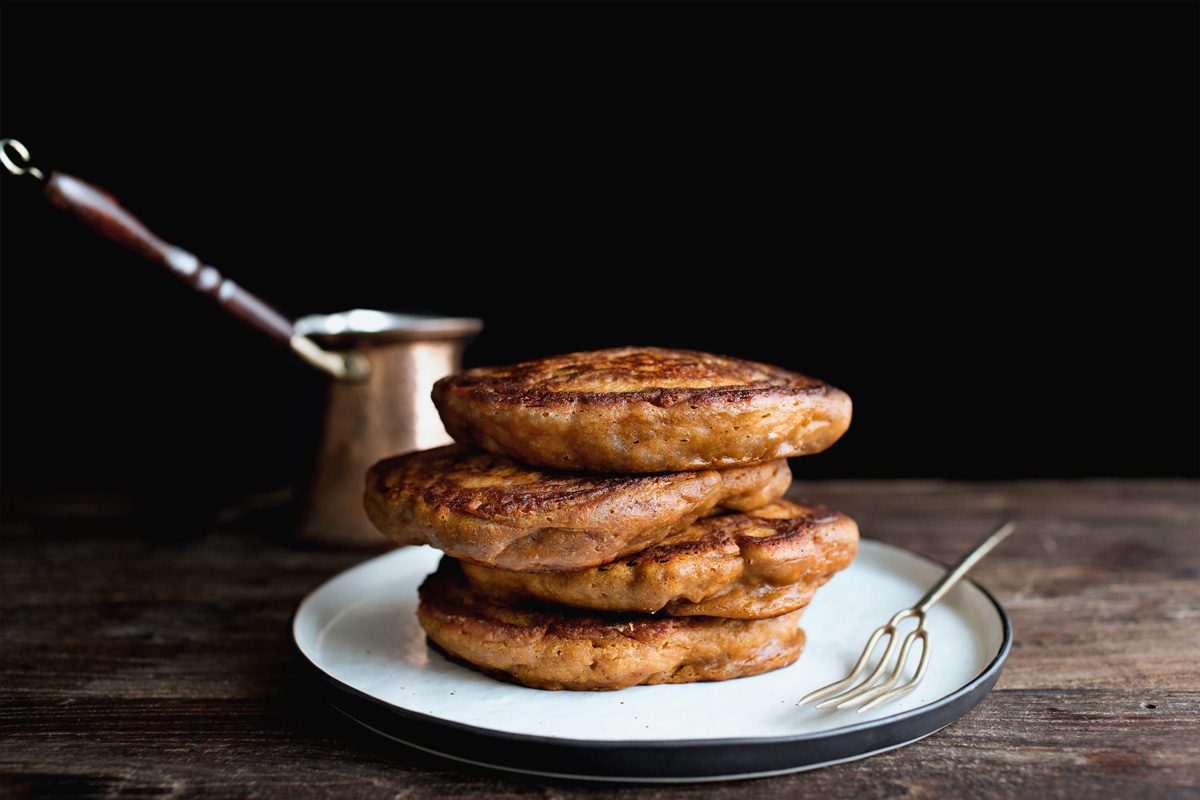 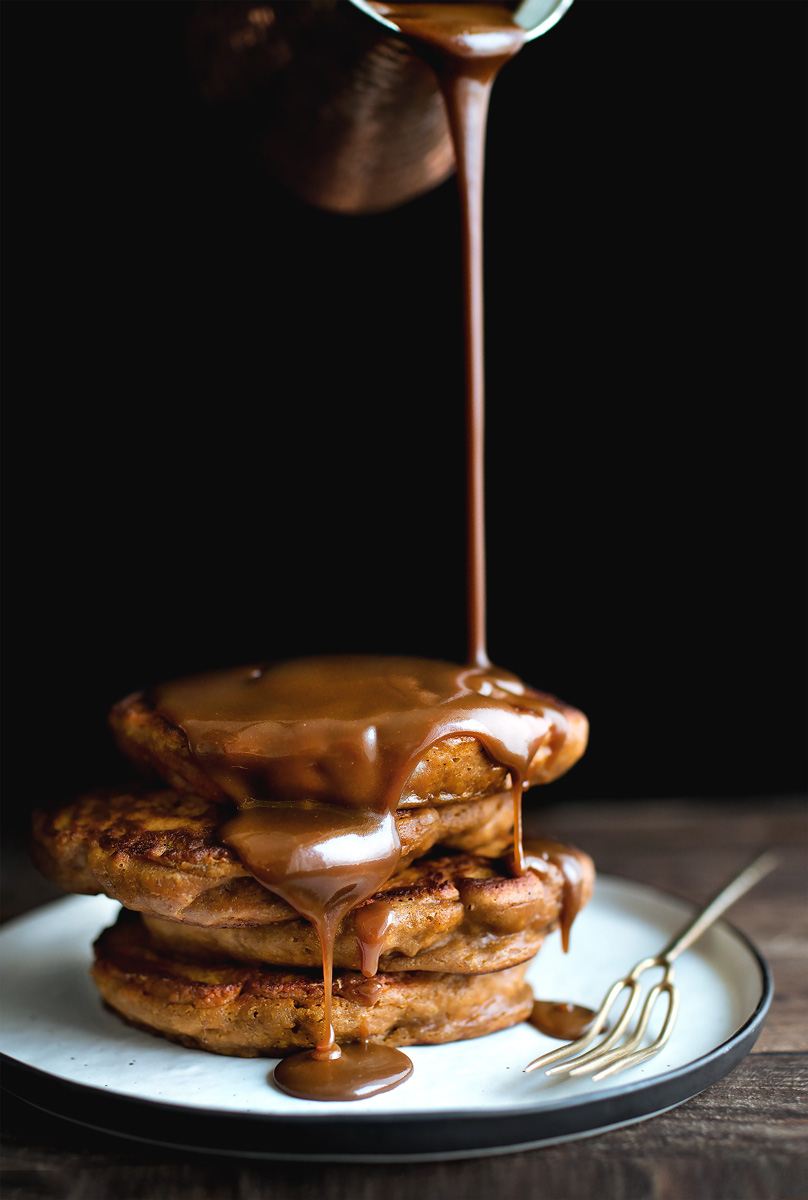 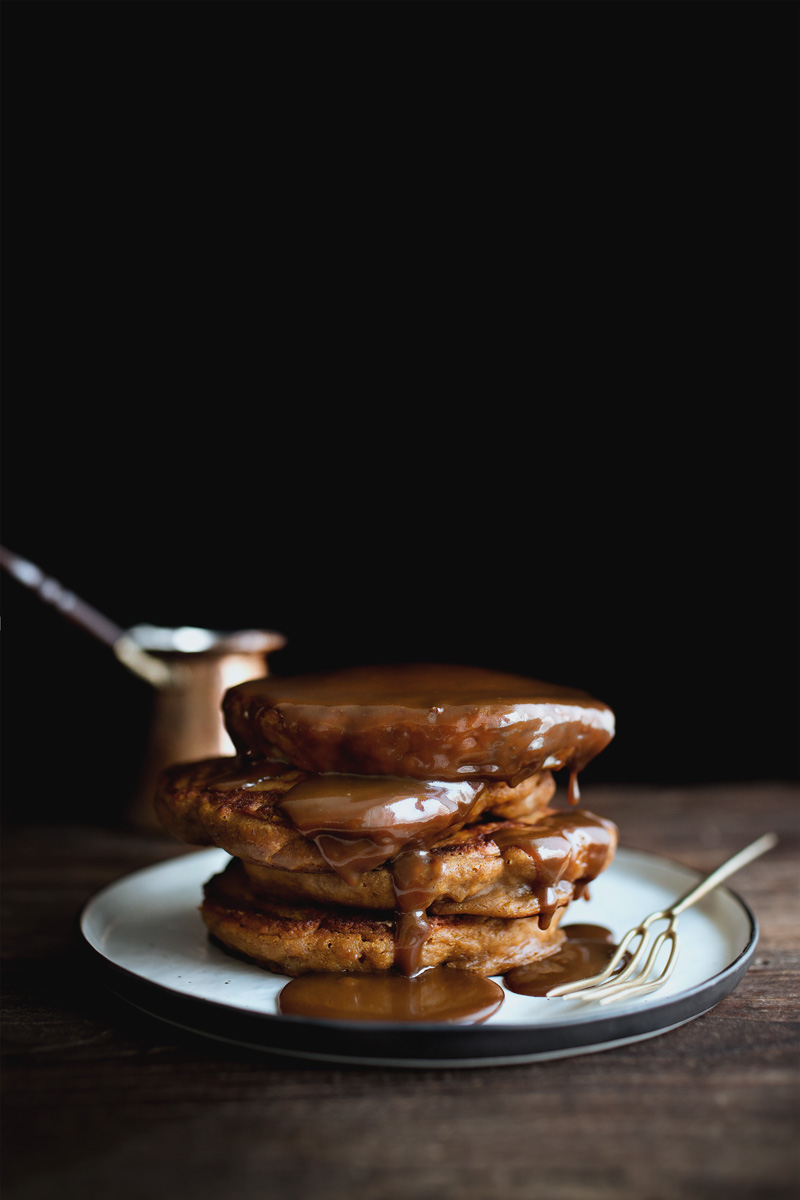 Yield: 4 large pancakes or 6 smaller ones 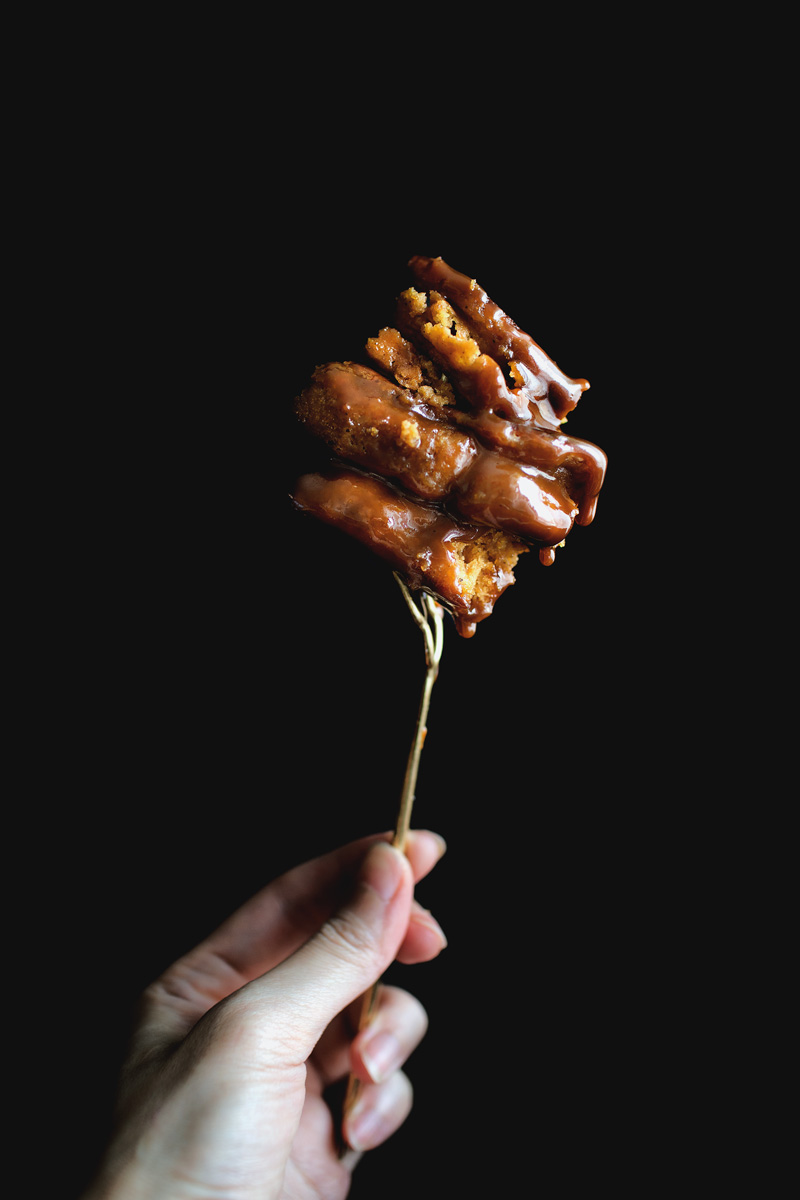