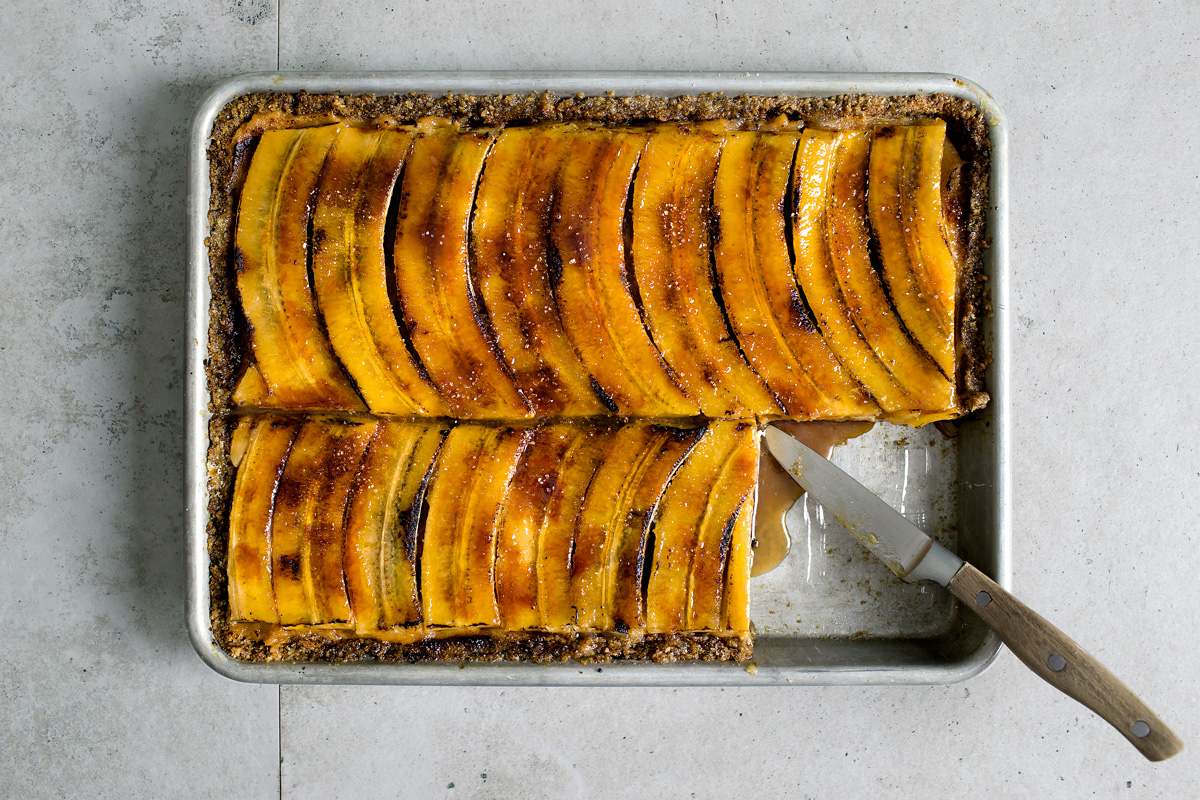 As seen on my Instagram, this vibrantly yellow bowl is from Dishes Only. 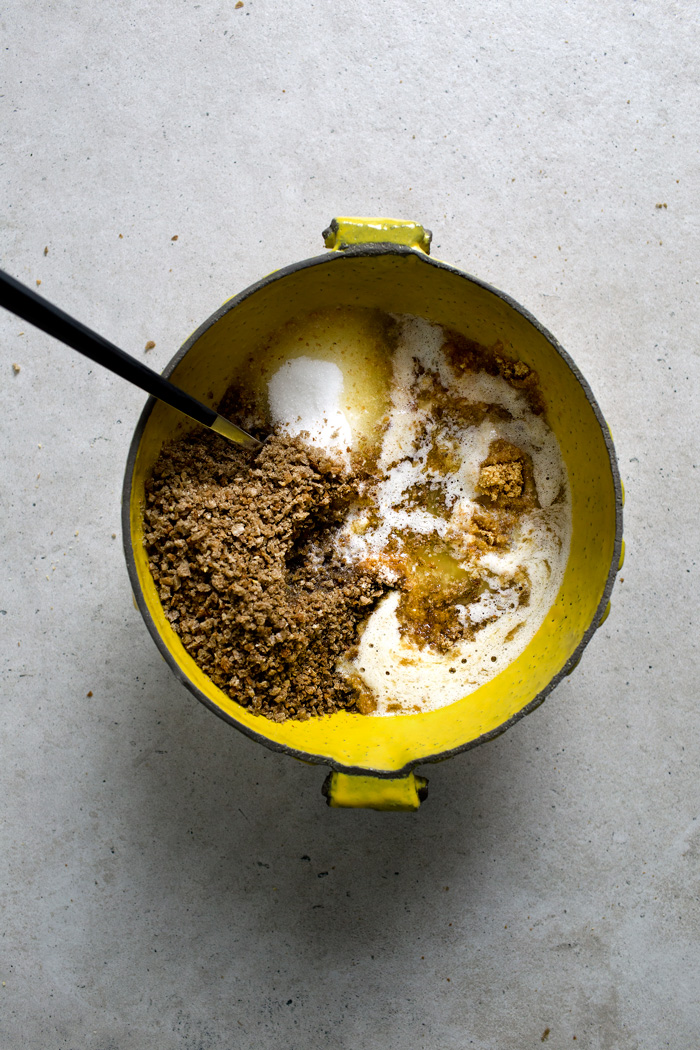 When it comes to the awareness for Del Posto’s celebrated pastry-chef that is Brooks Headley, as well his critically acclaimed cookbook Fancy Desserts, I’ll admit, I was late to the game.  To start, I’ve never been to Del Posto, even for the time while I was still living blissfully in New York, I never.  I knew where it was.  I knew it was good.  But for the many times that I’ve passed it by, I dug into my dangling shallow pocket, and went for the Halal-truck parked around its corner instead, unregretted.  Then to further my negligence, I didn’t even give it the slightest consideration when their Brooks published his first, wacky and unconventional cookbook named – reeked of intimidations – Fancy Desserts.  I mean those who know me, from experiences perhaps too personal, already mourns my biological disability to even execute the dumbest-ass desserts, let alone, as if,  fancy.  The title only sounded slightly more appealing than watching a documentary on spaceship engineering.  But, my firmly footed ignorance all began to shake when my loyal advisor, The Piglet, out of many many other the-Gisele-Bundchen of cookbooks, named it The Best of 2015.  Finally, I sighed, I Amazoned, and I realized that for all this time…

I was so wrong.

Behind its unfiltered and seemingly unstudied photographs, is a smacking and dignified mockery to all the others who lack its otherwise overabundant substances.  I realized that a cookbook can only dare this level of anti-pornographic statement when it’s got nothing, absolutely nothing more to prove to us shallow pigs, than to say, I’m too good for pretty.  And it is.  This is the most honest, egoless and humorous cookbook I’ve ever read, but LOL aside, the book mercilessly attacks my mortal imagination with one-after-the-other daring recipes that completely defies logic, but wins intrigues if not hearts (throw in a James Beard Award for good measure).  I must, I murmured.  I must immerse myself in his teaching… 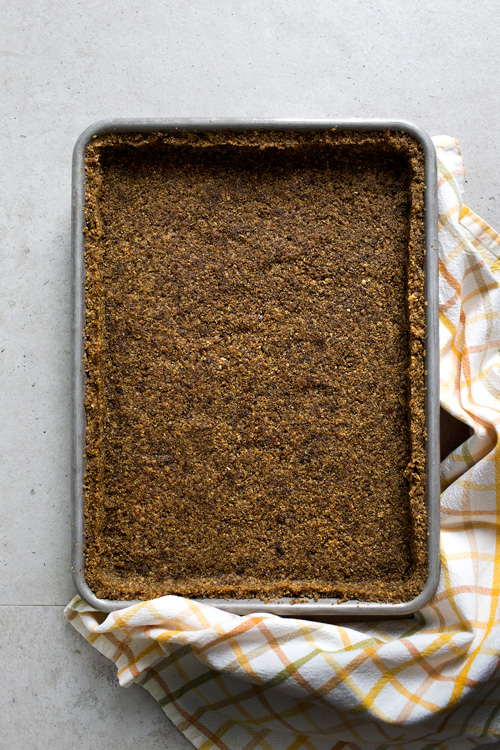 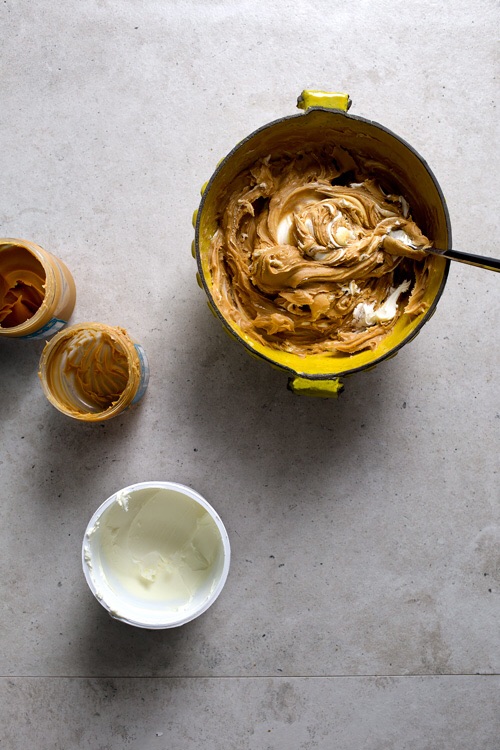 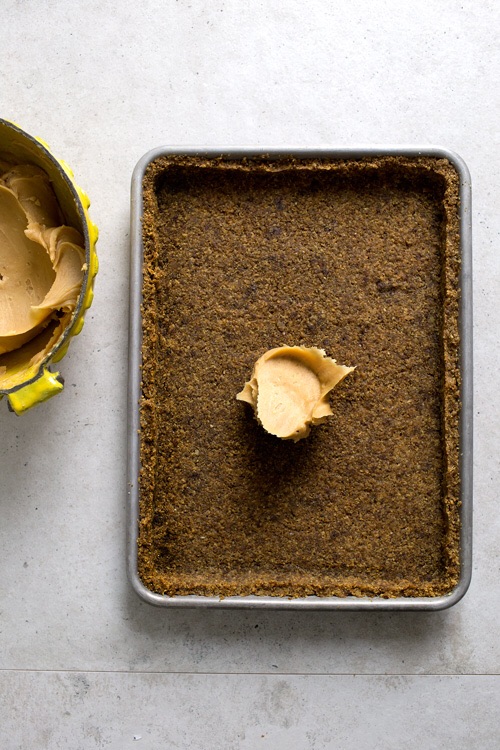 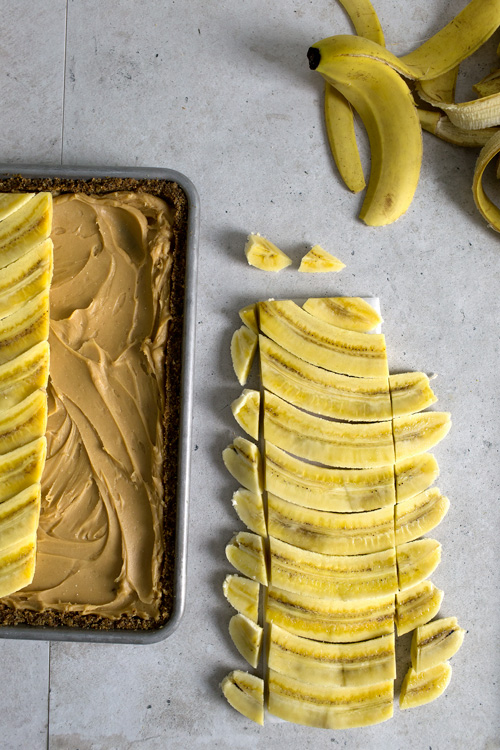 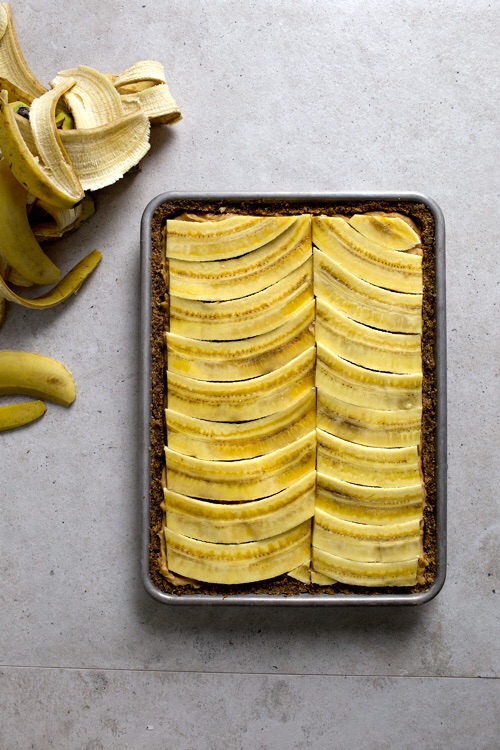 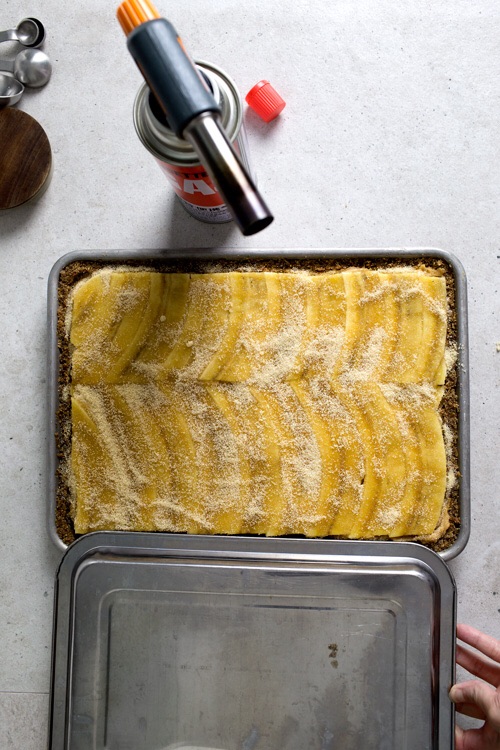 So out of the pool, I thought I should probably start with the least fancy option, one that was even shunned by their executive chef’s distaste for bananas, the peanut butter mascarpone with bejeweled bananas.  I mean, no retard on earth can fuck up this combo was what I held ever-so faithfully onto.  I didn’t change any major components from the original – the ratio of peanut butter mascarpone and salt, the amount of sugar for each bananas, the element of crunch from the croutons – except that… probably against his teaching, I completely changed the way it is put together.  Instead of being scattered over a plate, which to say is his go-to plating style, I decided to “re-construct” the recipe into a pie.  Why?  I have no fucking clue.  Because I’m boring most likely.  I’ll make sure I ask my OCD next time over brunch.  But more importantly, did I like it?

You know, I’d say, it was the most ambivalent experience that I had to sort out since the day I ate an avocado with soy sauce.  Brooks said in his book that he’s the happiest (or something like that) when a customers says “…I don’t know.  It’s not a dessert.  It’s a thing.“.  And I guess to sum up how I felt about this, I’d say, “What he said.“.  The thing is, it was undoutedly sweet, yes, but ALSO, prominently salty at the same time.  It was… conflicting to say the least.  And I guess I’m recommending it to you because, in a way, I trust Brooks more than I trust myself really, and in between the switches in my brain trying to make sense of it, I found myself not being able to stop eating.  I mean, as of this moment when I’m typing to you, I’m still eating… almost 1/2 of it… deciding, and I guess by the most primal instinct, I have already. 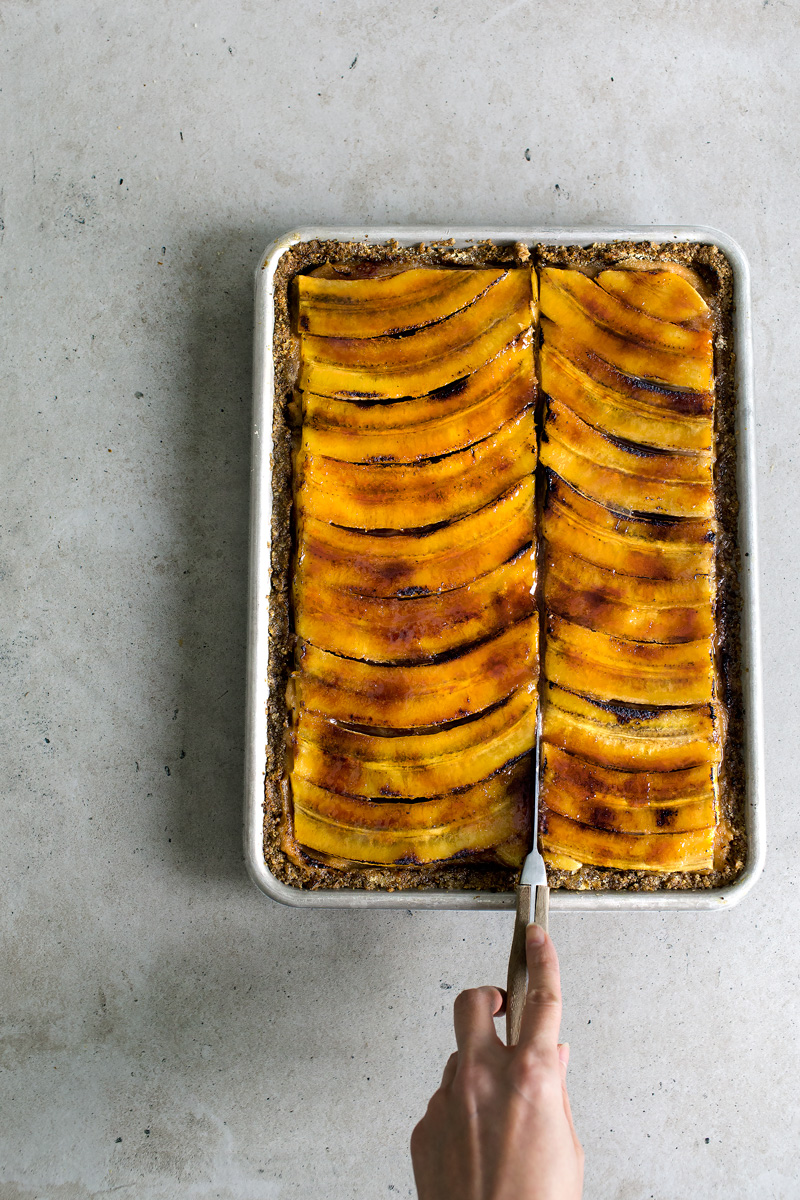 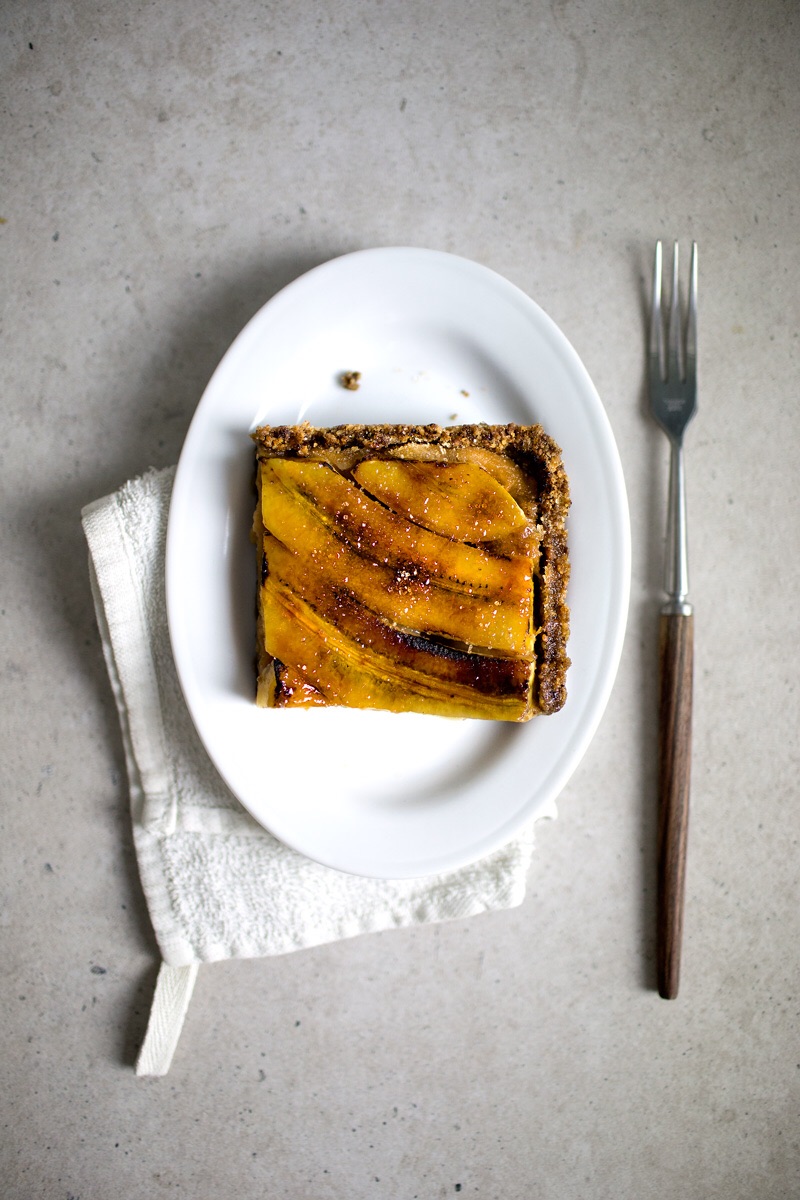 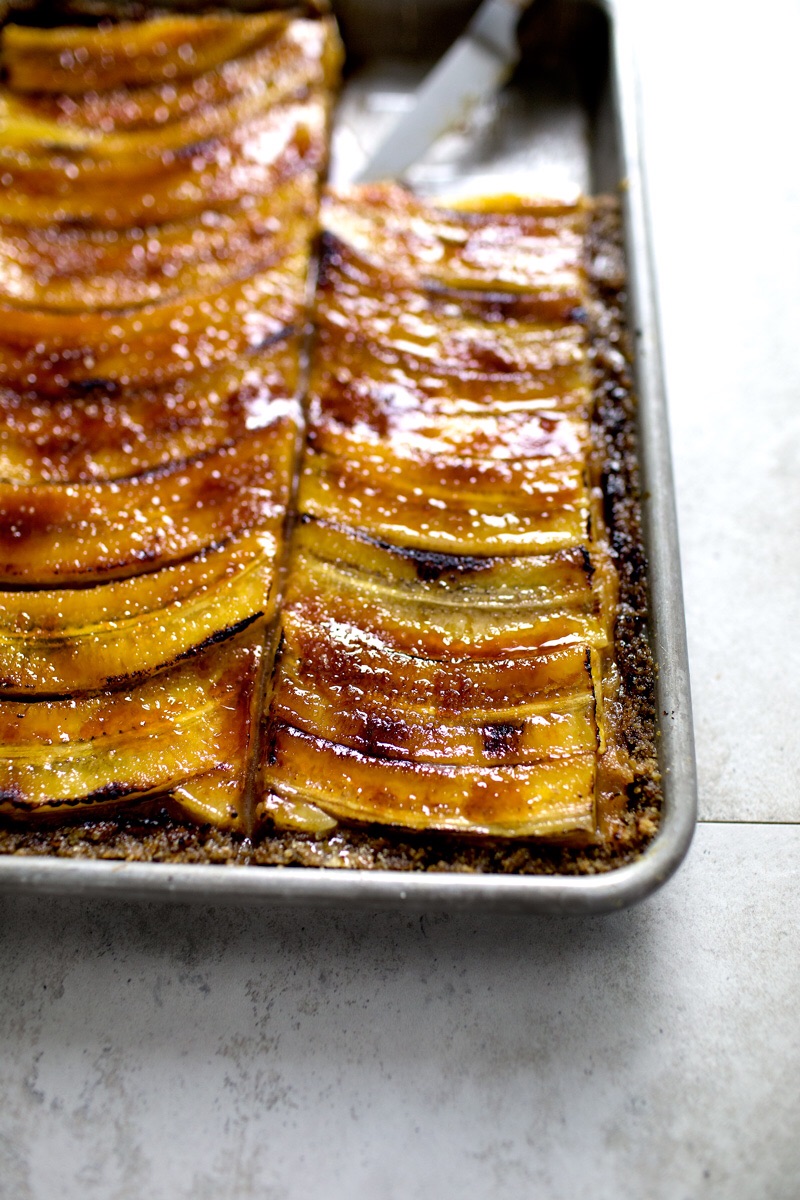 Note: OK, a few things I want to stress here. 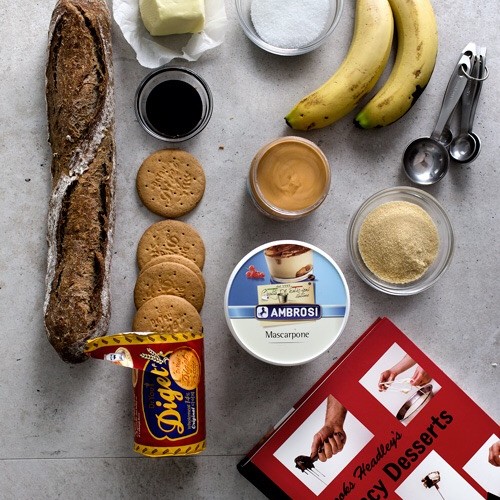 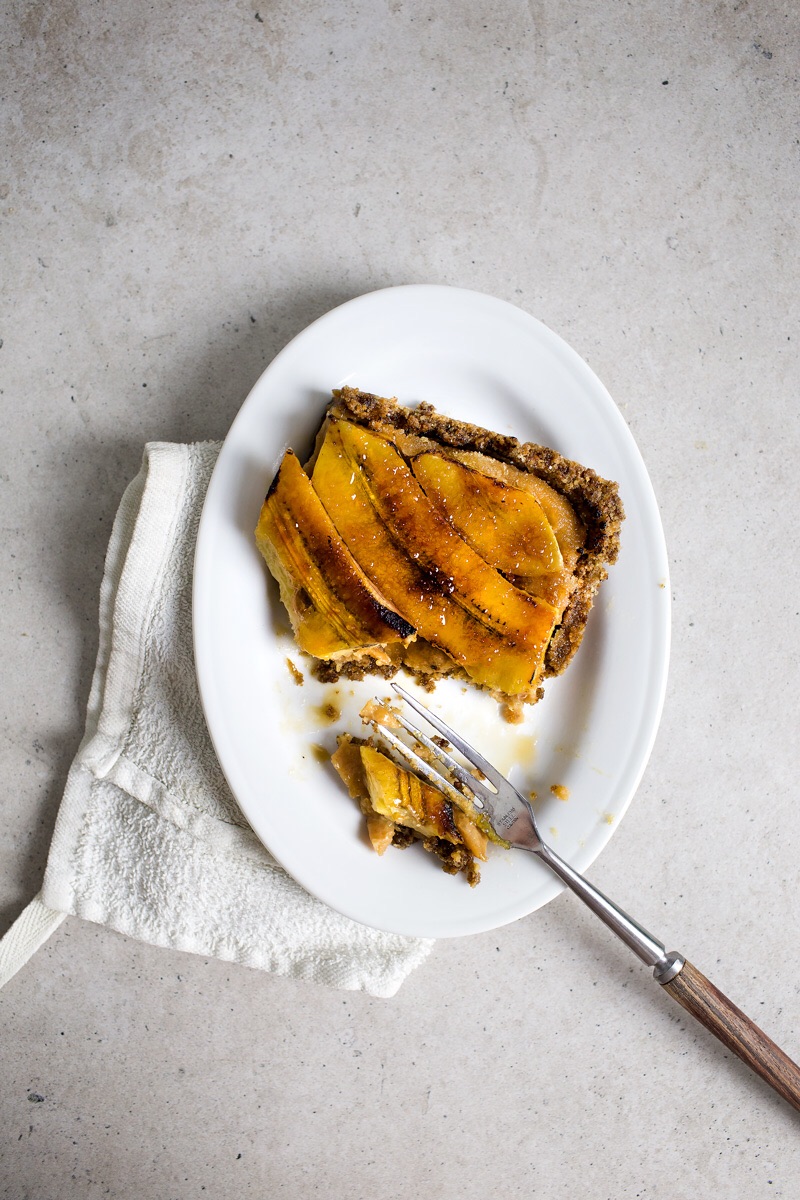 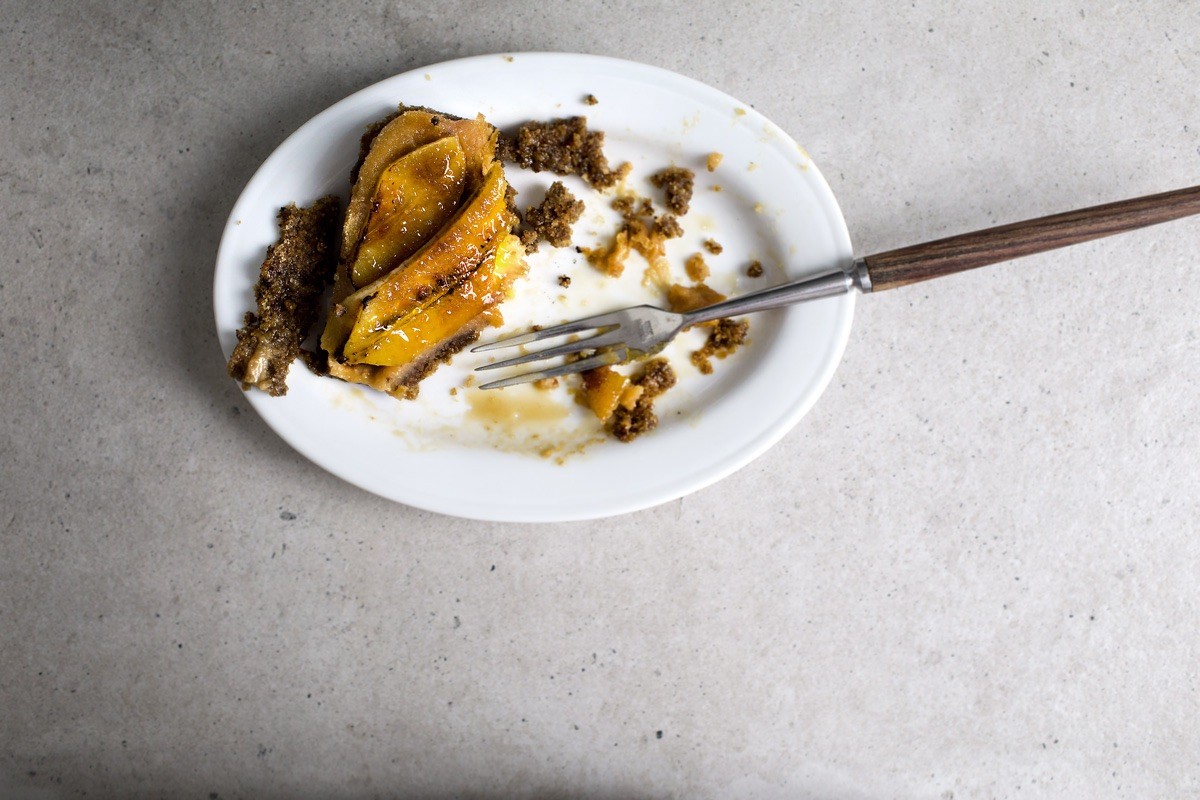