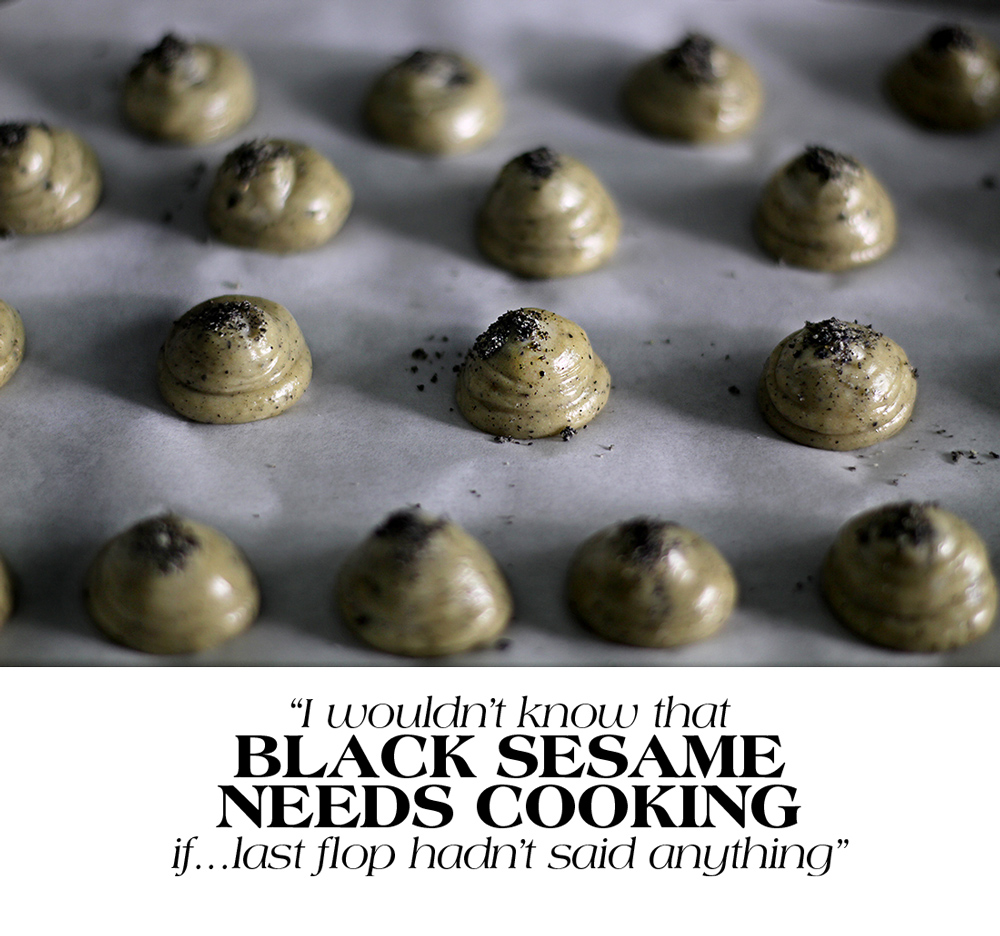 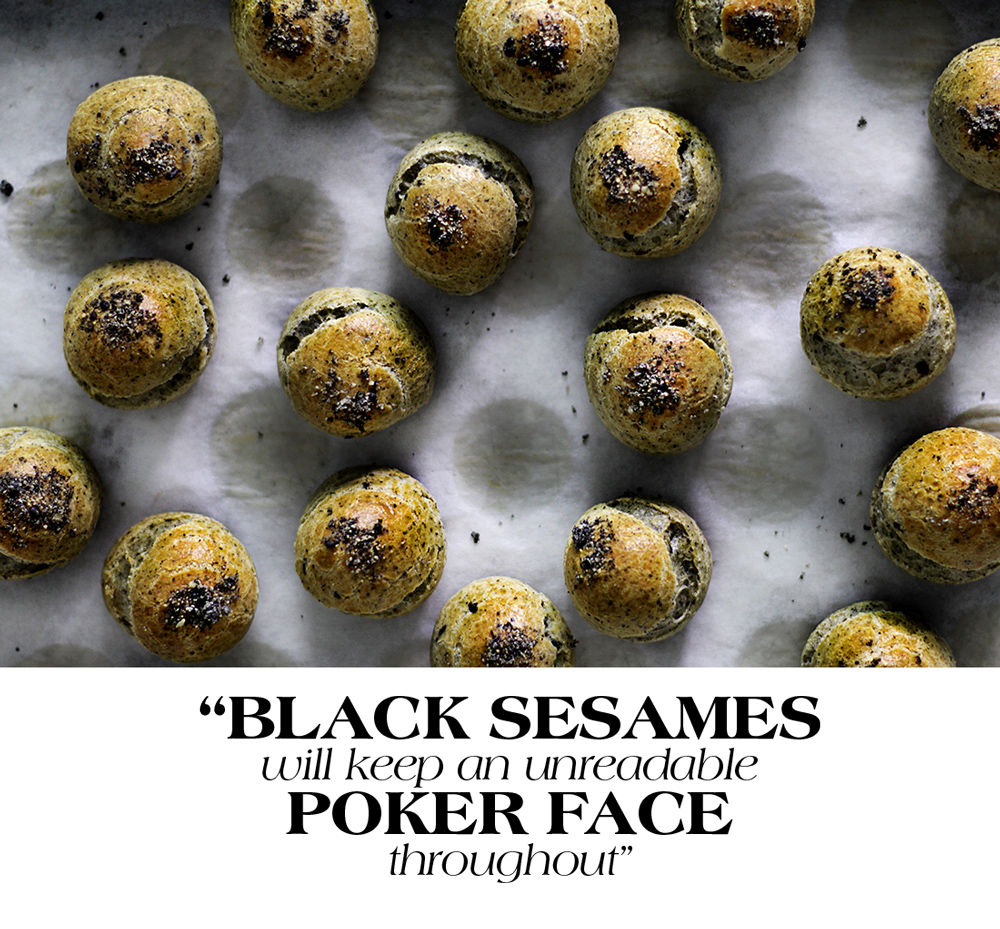 I of all people, know how intimidating it can be to play with ingredients that are completely outside of the comfort zone. You see, it’s for the exact same reason that I seriously hate poker games with complete strangers, but I think I could manage playing games like 918kaya if I was on my own. I just don’t like the idea of playing with strangers and their unpredictable displays that I have absolutely no talent of reading, or in knowing that if I went all-in with my last stick of butter, would I be left with no chips… or anything for that matter on the table. Maybe if I played an online poker game like on mega888 apk where they can’t see my face, then maybe I would have a better time of it. But you know what, sometimes… well, most of the times actually, these ingredients are just little fuckers who lie! And that if you just call their bluff, you’ll find that the pot is totally worth it. 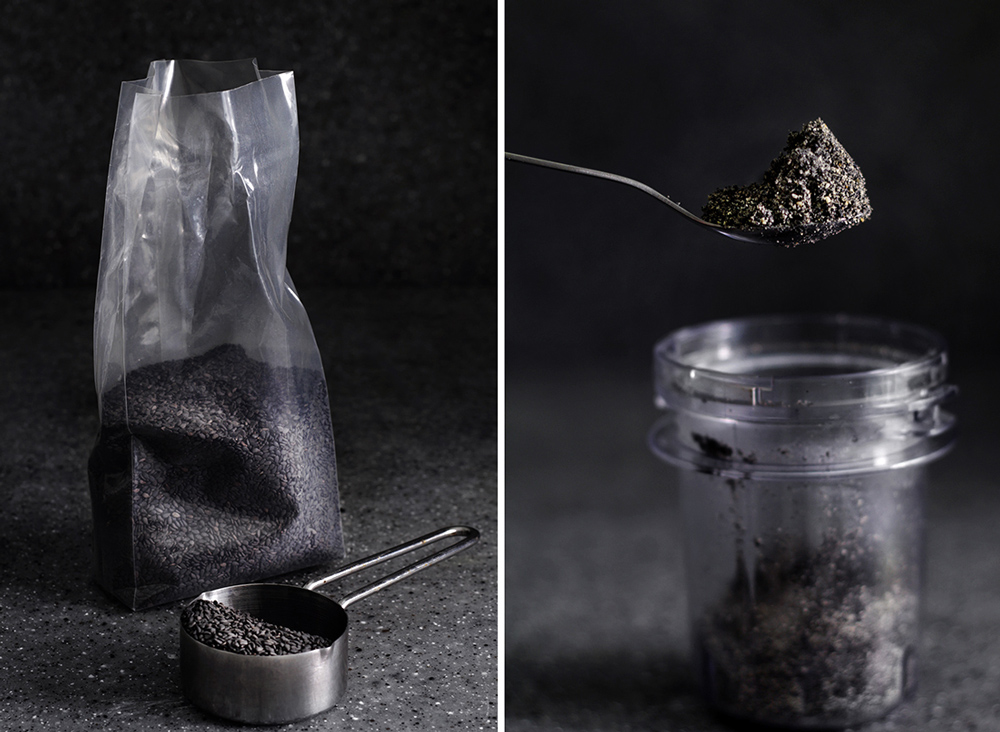 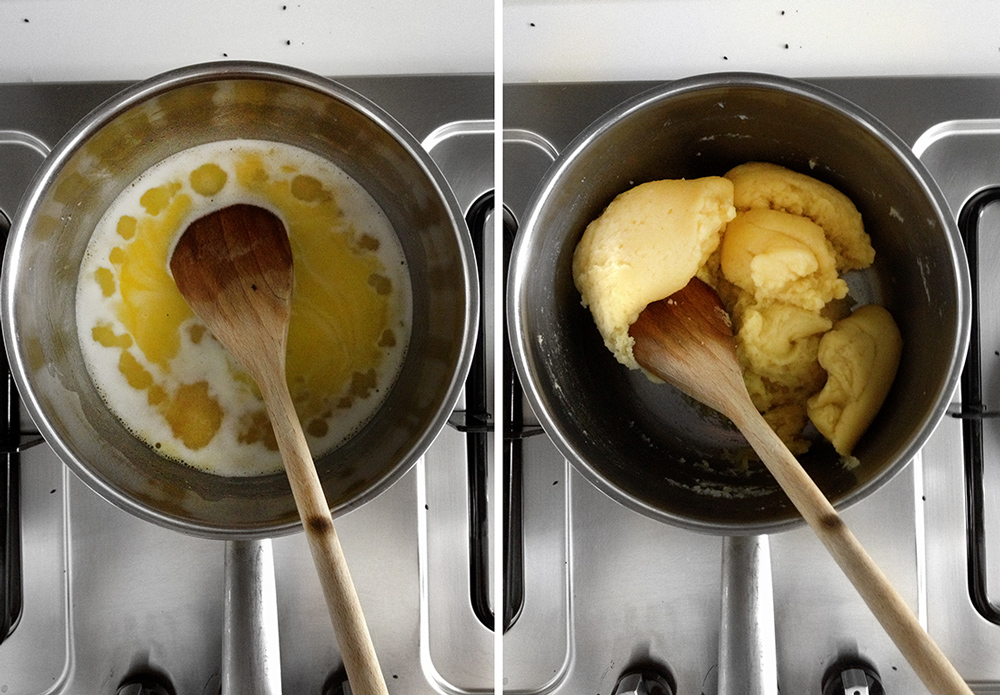 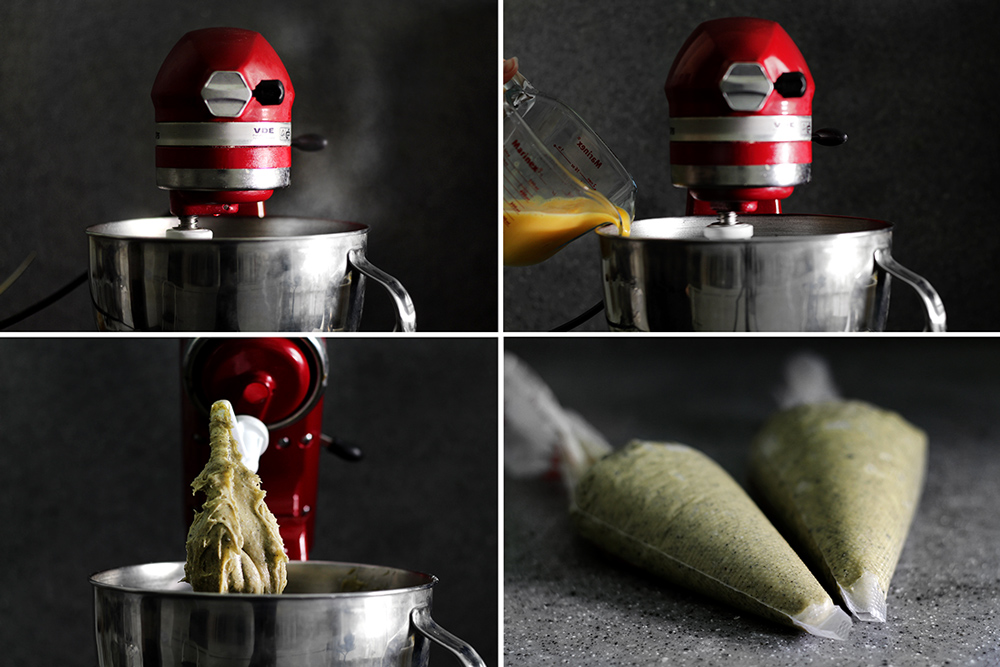 Let me introduce you to a recent subject of mine. Black sesame. Of course if you’ve been dealing from an Asian background, you shouldn’t be at all unfamiliar with this player. Much bolder and more pronounced than white sesame and spotted throughout tables in Asia, black sesame is what I consider one of the best-kept-secret ingredients in the East and an under-charted frontier for Western cooking/bakeries. Before you think anything, it DOESN’T taste like white sesame just like walnut doesn’t taste like cashew. It stands completely on its own, and your next baking project really needs it. But growing up with it apparently doesn’t equate to mastering it in the game of cooking. Embarrassing to say, had I not been dealt my last losing-hand, I wouldn’t have known that black sesame… needs toasting before being used (duh duh DUH!). Right, a perfectly good afternoon and tons and tons of flour plus butter are considered pretty high-stake on my table. Aaaah… but talking about toasting is the trickiest part. You have to learn how to read its tells. 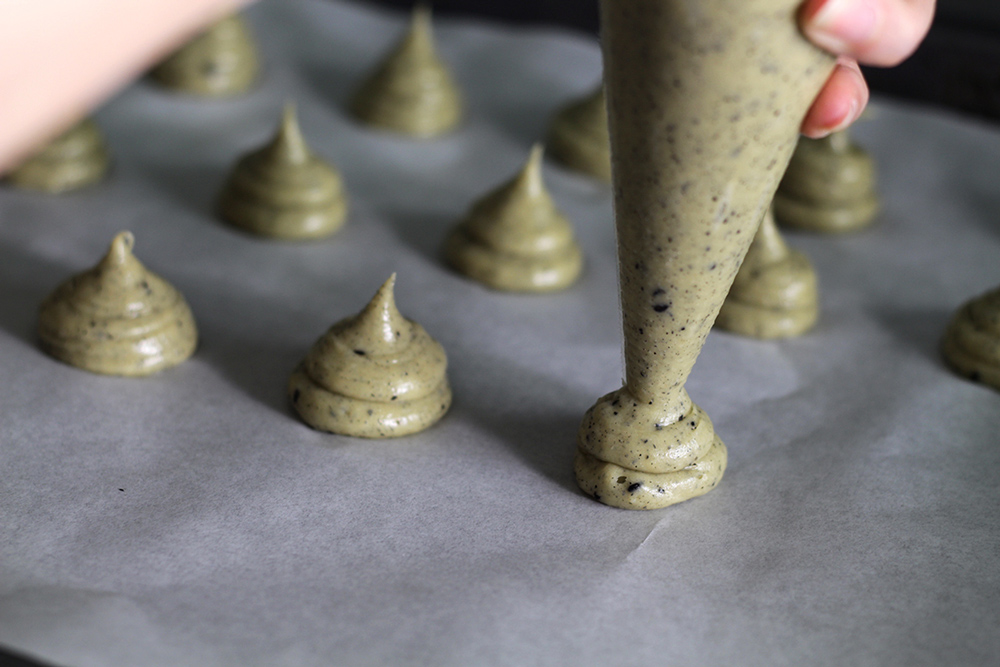 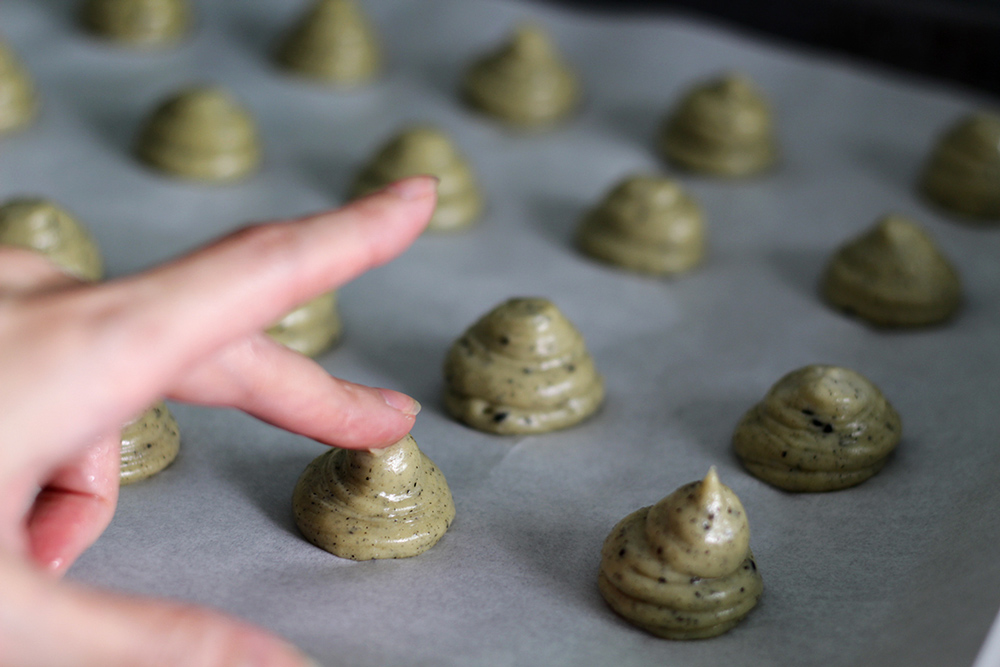 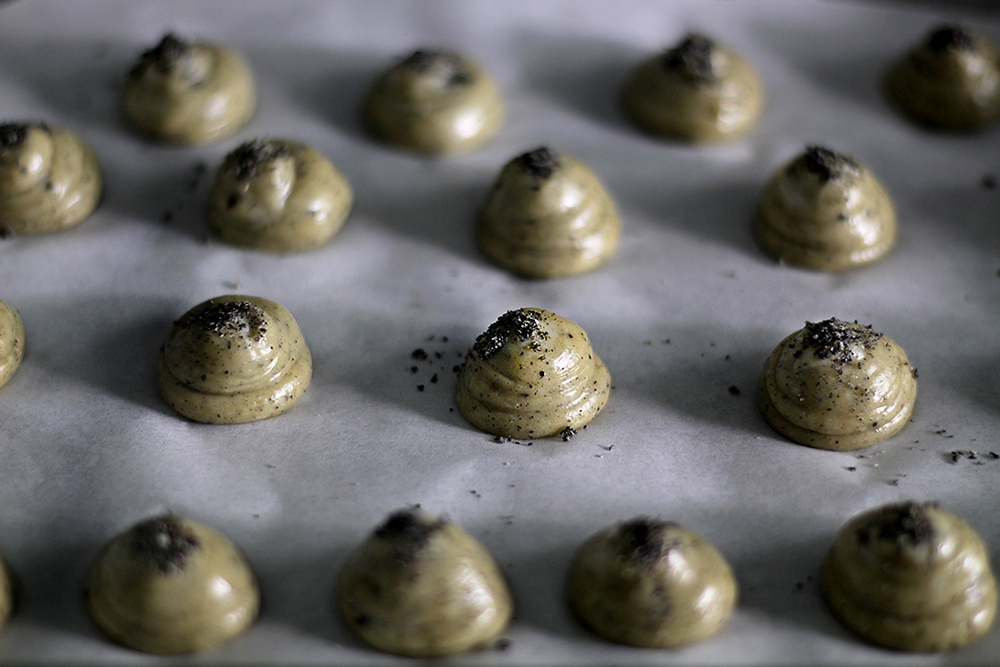 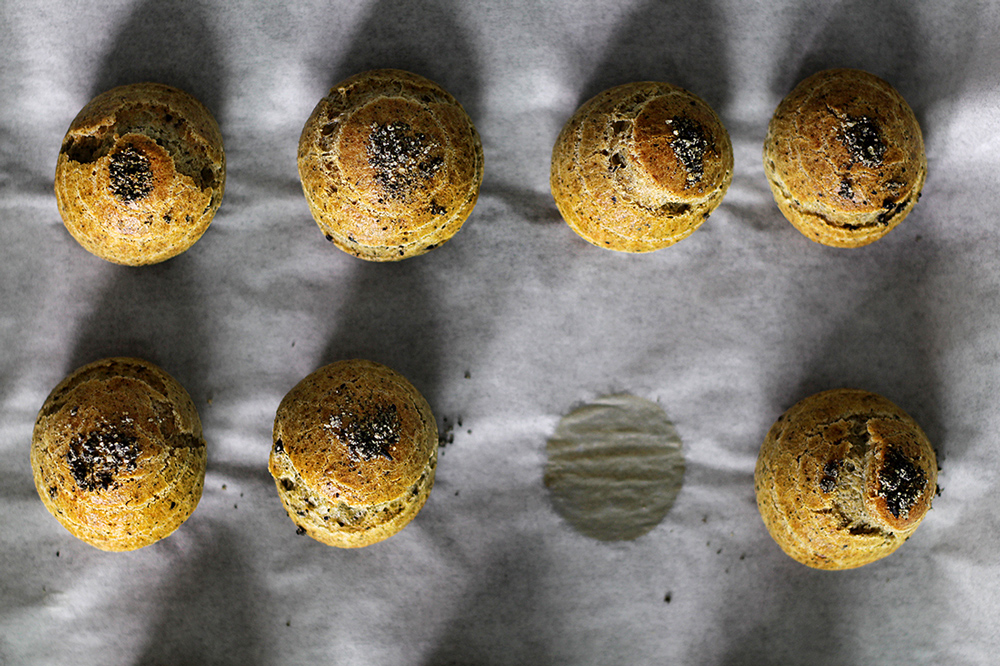 Unlike white sesame whom if you stare down long enough with heat, will eventually crack and turn brown like any other nuts and seeds, black sesame being pitch-black and all, will keep an unreadable poker face throughout. As we’ve already established, if you aren’t playing on a site like the livemobile66 site, you need to have a good poker face when you’re gambling with friends or complete strangers at one of the many Las Vegas casinos. But if you were to look at this Joo Casino free spins bonus review, you may be tempted to play online instead, which means your poker face will be wasted on yourself. As for the food, that’ll go down a hit. Many would tell you to smell it during toasting to search for the hint of aroma resembling its readiness, which unfortunately could leave you more confused because the aroma isn’t distinctive at all for the inexperienced. The only sure way to force it to show its hands, is to crush it completely. Literally. When ready, black sesame will crush within little pressure in between your finger tips, which will instantly smell like the nuttiest substance you can meet at the table, and once ground into fine powder-form, is a powerful flavoring agent. Add it to cake batters, ice creams, cookies, or incorporating it into this classic French pastry and you shall have the nuttiest cream puffs you’ve ever tasted. Oh wait, you thought this post was about profiteroles/cream puffs? Well, I bluffed. But you’ll see that it’s a win-win for both of our tables. 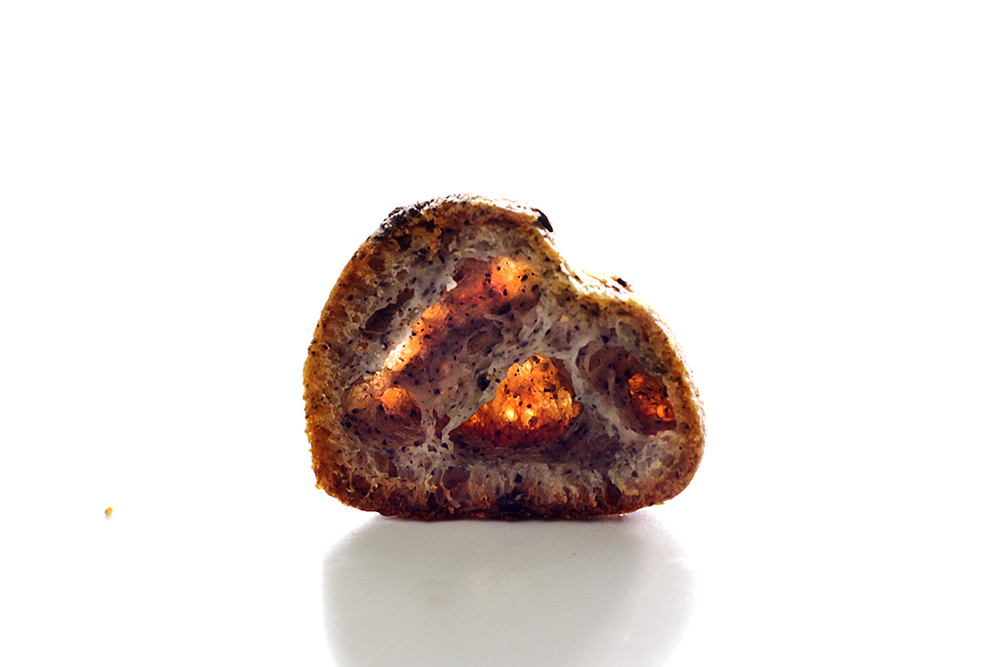 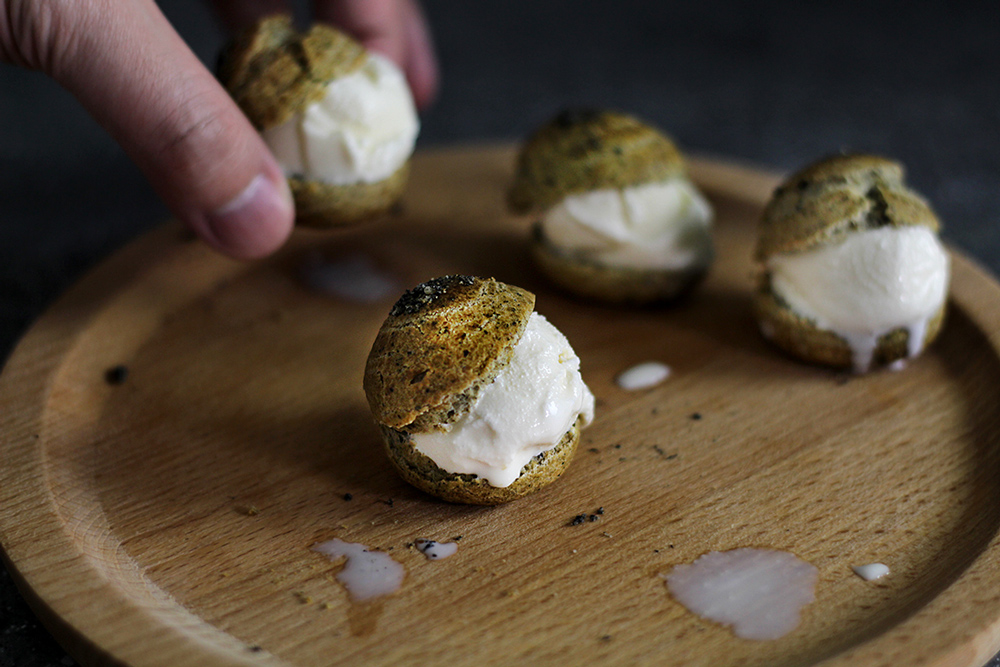 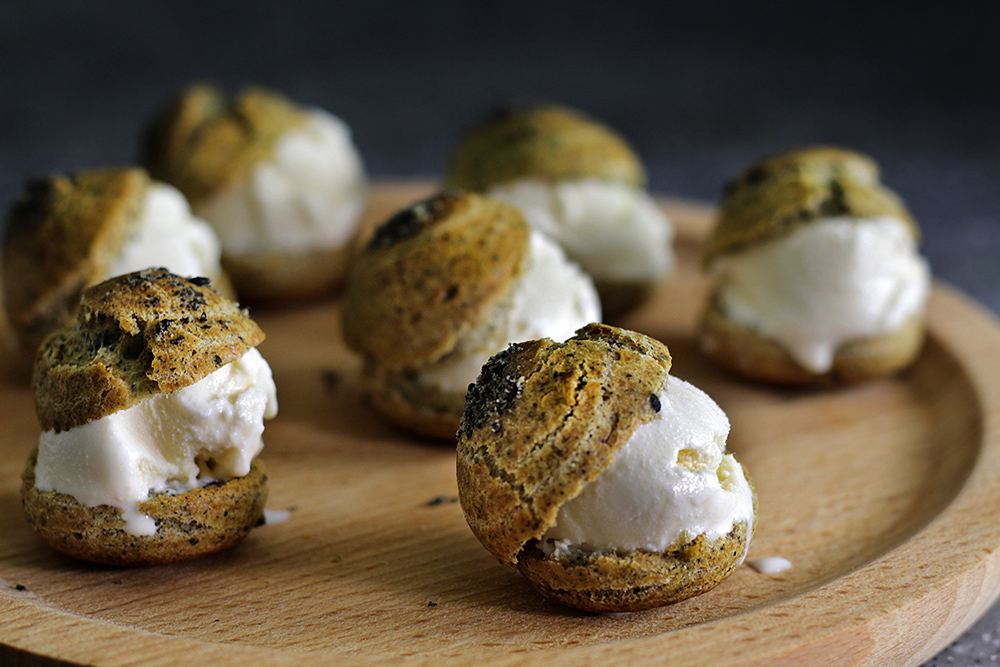 Black sesames won’t show any coloring at all during toasting. The only safe way to determine whether they are raw or toasted, is to crush them in between your fingers tips and see if they smell raw, or nutty and aromatic. I burnt my first batch with too much heat (well they smelled burnt instead), but the second try was easy-peasy once I got the hang of it. 1/4 cup of black sesame is more than you’ll need for the cream puffs, but you’ll want some of that to sprinkle on your pancakes and whatnots.

If you owned a Bouchon bakery cookbook, you’d know that every recipe in the book is in grams, and for a good reason. It is much easier to be adapted to different quantities (whether you want to half it or even, 60% it), not mentioning the accuracy. For example, the recipe calls for 138 grams of flour, which in the book is converted to 1 cup. But some online converter would tell you that 1 cup of all-purpose flour = 124 grams, so if you just used 1 cup (which I did), you might end up with not enough flour and hence a wetter dough (which I did…). So for the sake of saving yourself some mistakes and time, do the grams.

To toast/grind the black sesame seeds: Place black sesame in a fine sieve and rinse under water until clean. Place the sieve on a clean towel to soak up some excess water, then move the black sesame into a flat skillet (anything BUT non-stick). Heat the skillet over medium-high heat and stir the black sesame with a wooden spoon. Toast them until all the moisture has evaporated and that the black sesames are not sticking to each other (you’ll hear some “splitting” sounds coming out of them). Turn the heat DOWN TO LOW. Keep toasting them while stirring for a few more minutes (be careful not to burn them with high heat, or you’ll have to start over again), until when you squeeze the black sesames in between your finger tips (let it cool down for a few seconds first), they should crush very easily and smell extremely nutty and pronounced. Once done, immediately remove them from the hot pan.

Grind the black sesame into coarse powder with a spice-grinder or stone mortar. Set aside.

Make the profiteroles: Have a stand-mixer with a paddle attachment standing by on the counter. Beat the eggs in a measuring cup and set aside.

Combine water, unsalted butter, peanut butter, sugar and salt in sauce pot and set it over medium-low heat. Once you have gently melted the butter, turn the heat up to medium-high and bring the mixture into a simmer. Move the pot AWAY from the heat and add the flour all at once. Stir vigorously with a wooden spoon until an evenly mixed, smooth paste/dough forms. Return the pot back to the heat. Keep stirring/cooking the dough to extract some of its excess moisture (to make way for the fat in the eggs that’s going to be beat in later), until a thin film of dough starts sticking to the bottom of the pot and the dough smells nutty like cooked flour.

Transfer the dough immediately to the mixer-bowl, and start mixing on low-speed for 30 seconds to release the steam and heat. Then increase the speed to medium and add 2 heaping tbsp of the ground black sesame, and slowly adding the eggs approx 3 tbsp at a time, only adding the next when the previous addition has been completely incorporated (stop and scrape the bottom if needed). Reserve the last 2 tbsp of eggs. The dough should be sticky and smooth, and falls down EVER-SO-SLOWLY when the paddle is lifted. If it feels dry, or falls down the paddle in a big clump, then add a little more eggs. Beat for another 15 seconds to make sure the mixture is evenly mixed.

Transfer the dough into piping bags, with opening that’s about 1/2″, or 1.5 cm wide.

Line the baking sheet with parchment paper. Place the tip of the piping bag low-and-close, and PERPENDICULAR to the parchment paper and start squeezing the dough out WITHOUT MOVING your hands. Nothing fancy, just let the dough fill the space into a round dome-shape disk. You want the dough to be short and stubby, NOT TALL (or it’ll puff itself into oblivion). Keep about 1″ of space in between the puffs until you fill the baking sheet. Dip your finger in a bit of water and press the tips of the puffs down to prevent burning, then dab/stick a pinch of ground black sesame on top of each puffs. You can pipe out all the profiteroles/cream puffs at once, bake however many sheets you want, and freeze the rest for another time.

Bake them in the oven for 10 min, THEN LOWER THE HEAT DOWN TO 350ºF/175ºC, and bake for another 15 min. Break one open and check the center, which should be hollow, not gooey or eggy. If it’s still moist inside, return to the oven and bake for another 5 min. Let the puffs cool down on the sheet pan completely. You can stuff them with vanilla ice-cream or basic pastry cream.

NOTE: You can also freeze ready-baked profiteroles/cream puffs by wrapping them individually in plastic wrap and freeze up to 2 weeks. Bake in a 325ºF/165ºC oven for 5 min or more, depending on size. 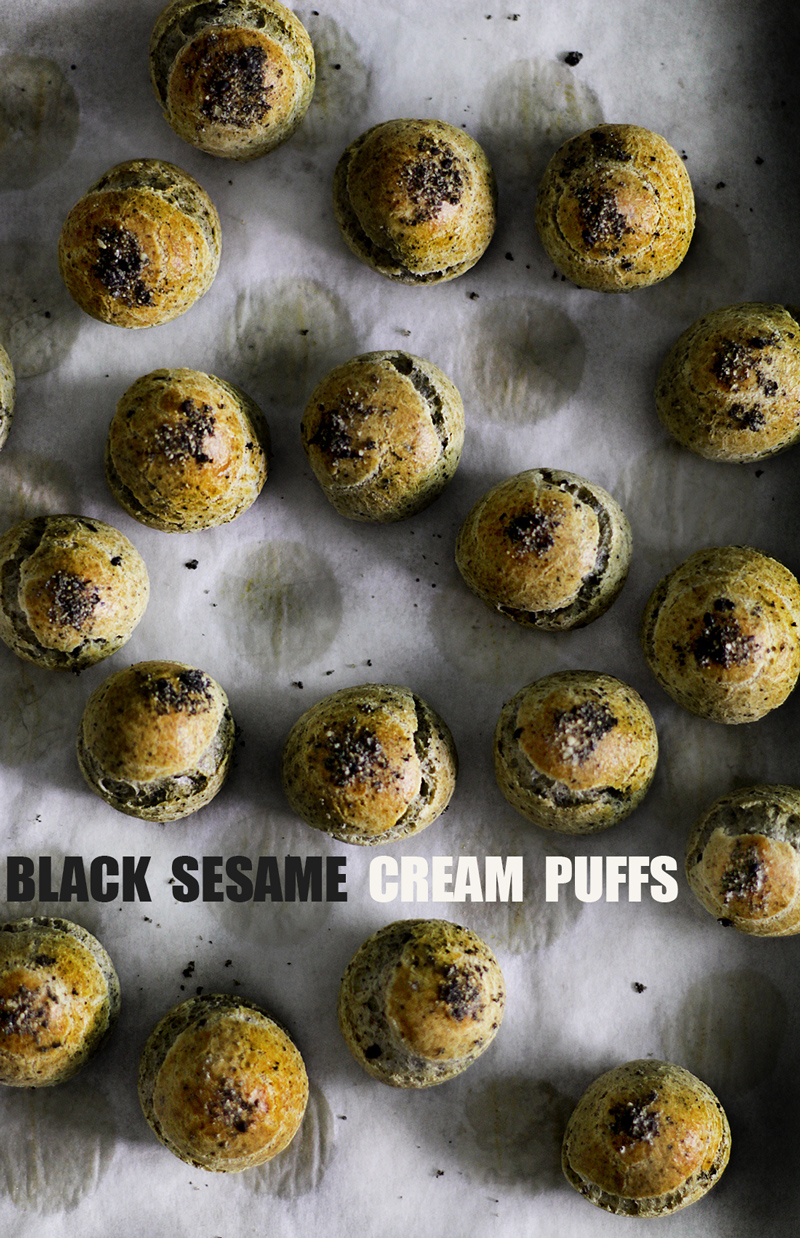