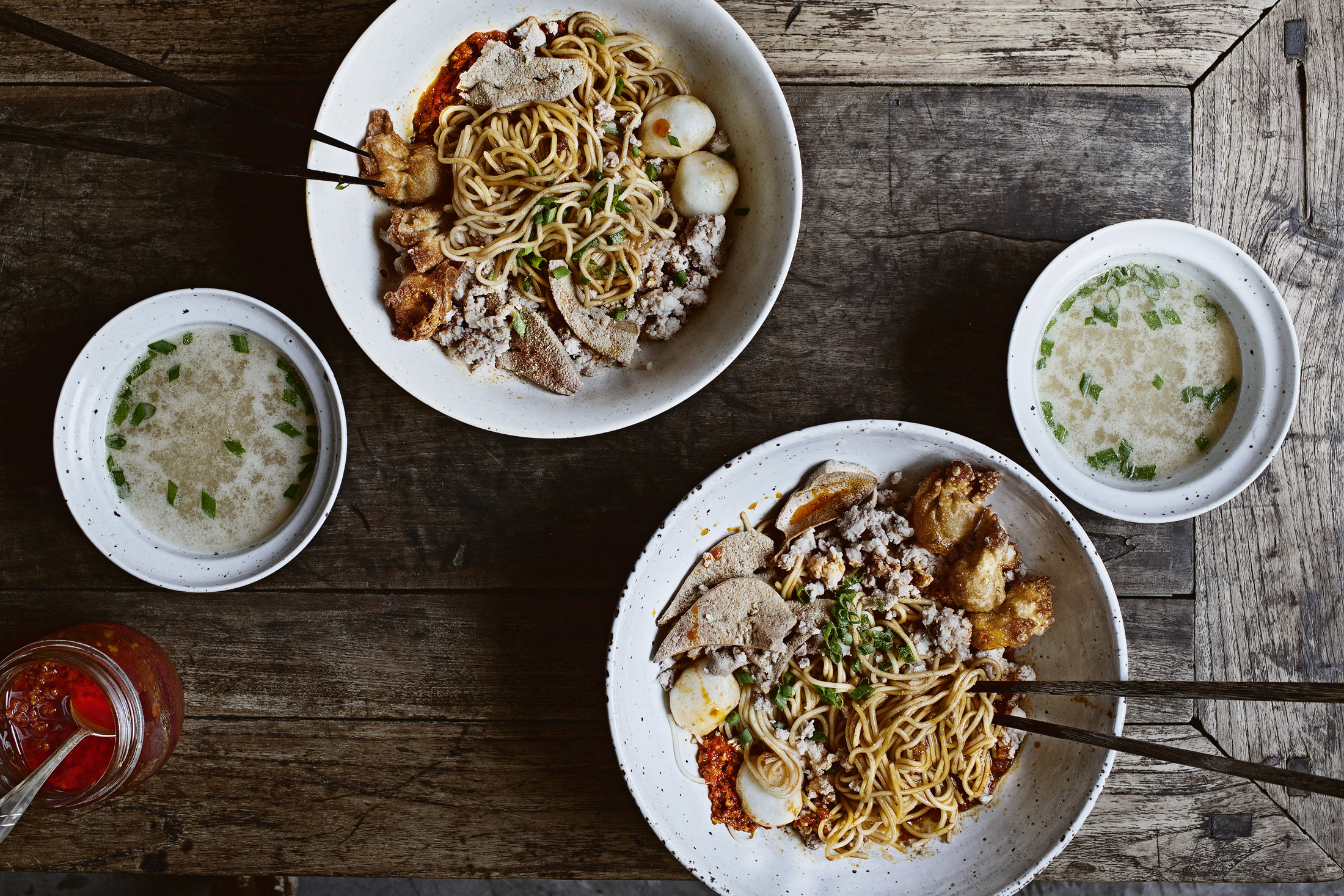 THE ONE MICHELIN-STARRED HAWKER NOODLE FROM SINGAPORE, NOW AVAILABLE AT YOUR NEAREST CONVICTION.

AND BTW, I WROTE A BOOK.

Wow, it’s been awhile.  I know I tend to say that a lot here, but this time, it has really been awhile.

The reason why I haven’t posted a single word on this blog for almost 2 months, or really, my general absence from this space for the past whole year, hasn’t exactly been a secret.  I’ve mentioned it briefly once or twice before but there hasn’t been an “official” announcement of any sort, so I guess, I’m making it official today.

In a nutshell, I wrote a cookbook.

Or more precisely, I have just finished the manuscript of my cookbook, which is scheduled to be published around October 2019.

I feel strange announcing this with such formality, maybe because the notion of a cookbook, for better or worse, has become quite a predictable outcome in the food-blogging community, sometimes a sorely needed contribution, but sometimes, let’s be honest, a bit not.  From a personal standpoint, I feel strange parading with what could be perceived as an unnecessary accessory, regardless of how excited I feel about what I wrote.  I guess it’s a mixed feeling, and to start telling you about it I have to boil it down to one simple question:

Why did I write this book?

Many of you already know that I started this blog in 2012 after two years of moving to Beijing as an expat wife.  For the total of six years that I spent with Beijing – before moving to Hong Kong in 2016 where we’re currently residing – it had been the most violently unhappy and emotionally destructive relationship of my life.  It’s an open sentiment I have expressed freely at every random chance I get, however, never explained in a thoroughly chronicled and consolidated manner, with an intimately dissected beginning to an end.  Although the process was unsavory, to say the least, to burrow so deeply and nakedly back into a period of time which I had literally fled away from, this tormenting affair seems unfinished in a way, imperfectly broken without a final, twisted, exhausted closure.  It feels important, needed even, if for nobody else but myself.

The cookbook, for a lack of better words, is my breakup sex with Beijing.

Though the title of the cookbook hasn’t been decided yet, it’s a memoire that surrounds the topic of what I would like to call escapism cooking, of how I abused this previously harmless hobby of mine as a recreational drug that aided my escape from this unpleasant reality.  It was written mostly as my personal post-traumatic therapy, possibly self-indulgent and shrieking with internal monologues.  But for anyone who care to read it, I hope it shines a light on their own struggles in life, whatever and wherever it is, that we can always make something positive out of it all.  And sometimes, even delicious.  So until then, we’ll talk more in detail.

But for now, I’m back.  And we need to talk about this Singapore hawker situation.

After the handover of my manuscript, I took a trip to Singapore for the very first time.  Within the first couple days, it became acutely apparent that an in-house investigation into Singaporean hawker recipes, the uniquely fused heritage between Malay, Chinese and Indian, is not only warranted but embarrassingly overdue.

If you love foods, and I mean it way beyond the confines of cooking and eating, extending into the history, politics, incentives and metamorphosis of what, where, how and why people eat what they eat, then you should be utterly infatuated with this powerful and glorious mutant, in the best sense possible, that the Singaporean diet has become.  A virtually utopian foodscape where each cuisines happily concedes their areas of shortcomings, thus, not just allowing, but welcoming the other parties to input, reinforce and further transforming its very own culinary identity and heritage, then to share it all under an open roof without bias.  In any other parts of the world, that notion makes wars.  But in Singapore, it makes unfathomably complex and delicious foods that would have been otherwise inconceivable by any party on its own.  Stronger together.  Sadly more a slogan than reality.  But in Singapore, they eat it for breakfast.  If that’s not worth copying, I don’t know what is.

WHAT:  The infamous, one Michelin-starred hawker noodle in Singapore called bak chor mee, now available at your nearest conviction.

WHY:  This seemingly unimpressive bowl of yellow noodles under random heaps of ground pork, livers, fish balls and wontons, was possibly underestimated as well by the Michelin critics who came in skepticism and left with their mind-blown.  A rich and complex vinegary introduction, hidden from its unassuming appearance, surprises your initial senses and awakens every urge to dip deeper.  The jagged bak chor (means minced pork) with creamy and almost melty livers, entangle inside the bouncy strands of noodles together with a rich, tangy and savory gravy that you can’t quite put your finger on but couldn’t stop eating either.

HOW:  To recreate my personal rendition of Tai Hwa’s pork noodle, I’m doubling down on their signature vinegary element while reinforcing what I thought was lacking in its slightly ambiguous gravy, hoping to bring it further into focus.

Upon my observation, pork noodle’s gravy is predominantly made of four separate components:  dark vinegar, mushroom sauce, lard and a chili oil.  The typically used Chinese black vinegar is unique but short in well-roundedness, which can be perfectly complimented by the addition of fruity and fragrant balsamic vinegar.  The mushroom sauce is the main body that provides flavor and complexity – which in my opinion was the weak link in Tai Hwa’s pork noodle – and therefore I’m creating an ultra-concentrated mushroom jus by powdering and caramelizing dried shitake mushrooms.  I’m presuming that Tai Hwa’s lard is probably rendered in conjunction with dried sole, an ingredient quite elusive even in Asia, so I’ve substituted with specks of deeply browned and disintegrated anchovy fillets with surprising resemblance.  Last but not least, a chili oil made with sichuan chili paste to put that last cherry on the cake.  If cake is a savory, sophisticated, all-rounded bowl of noodle that flows euphorically like an unexpected and life-changing symphony. 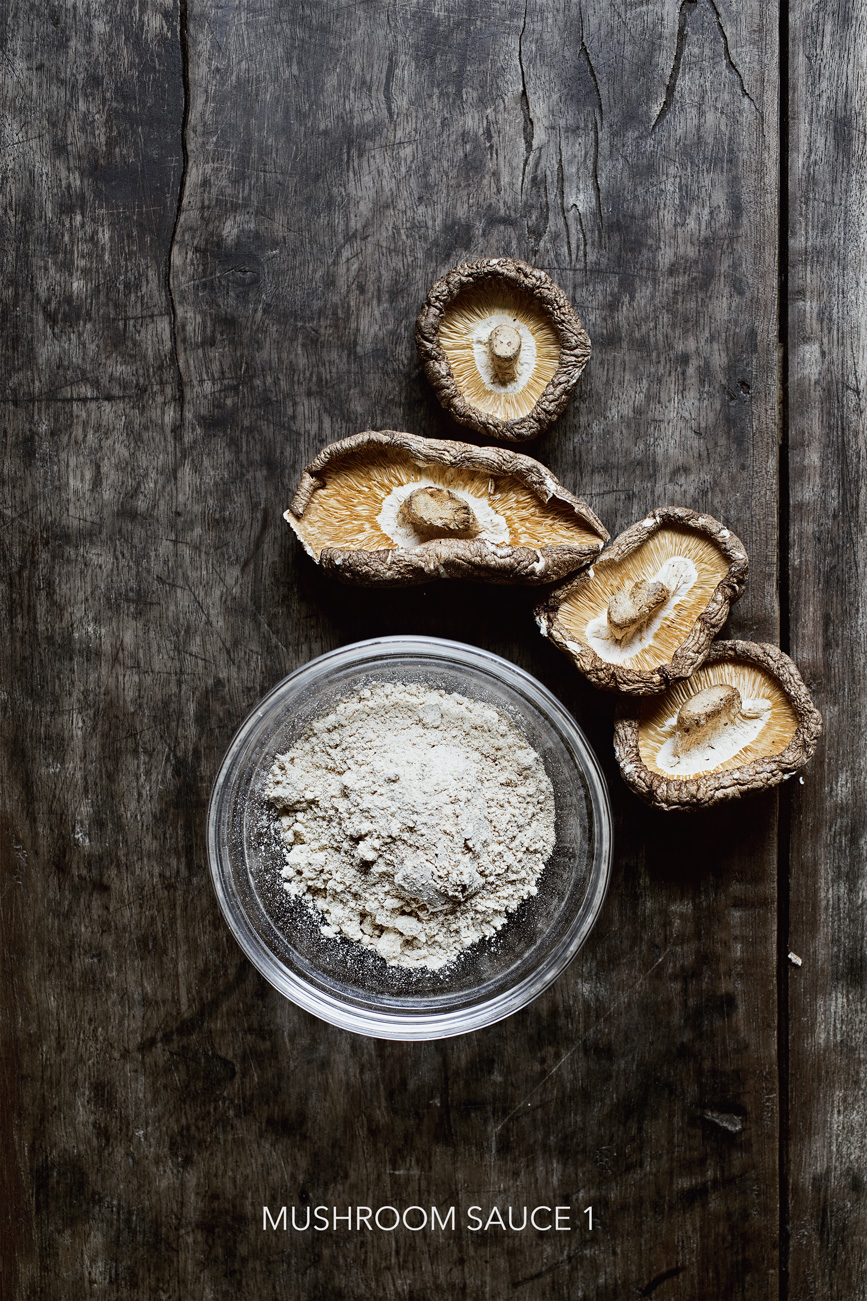 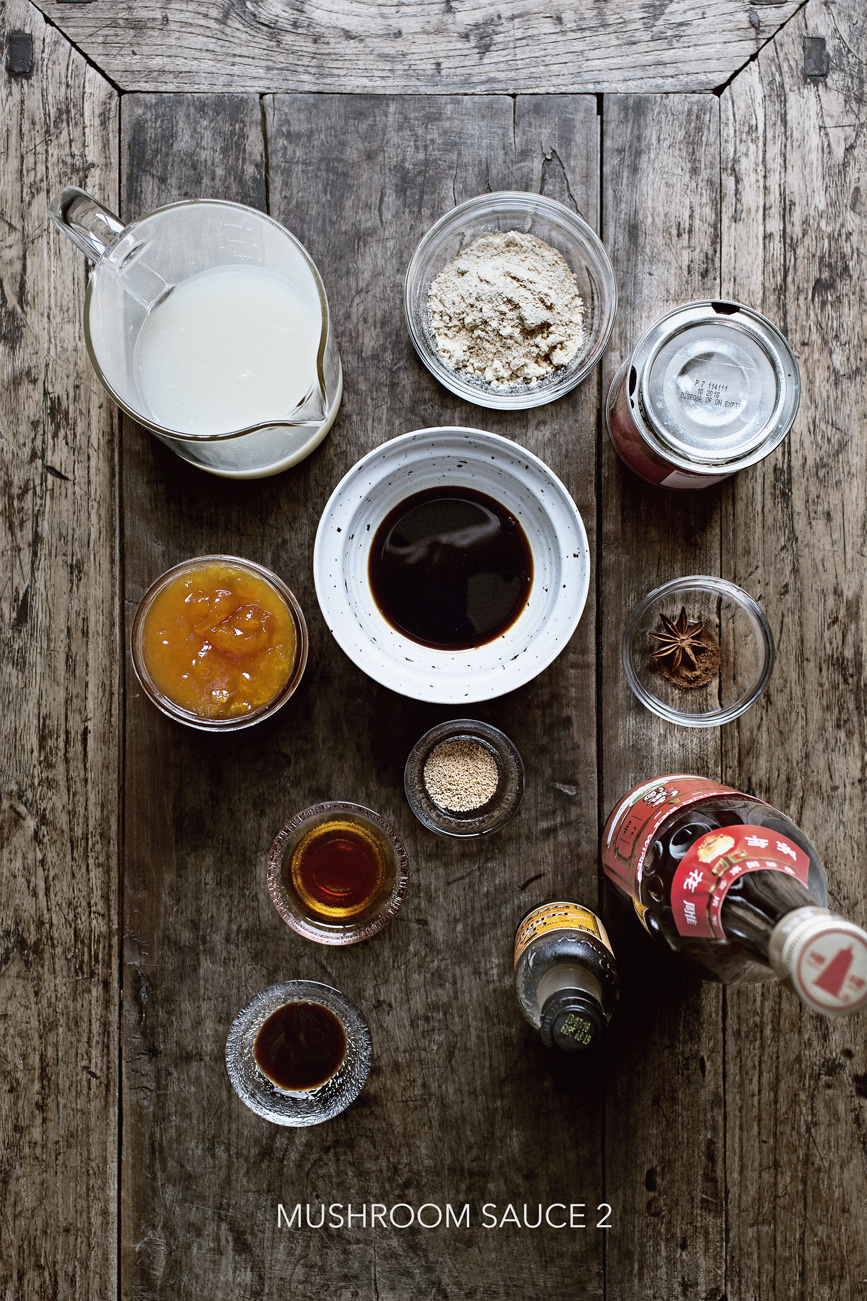 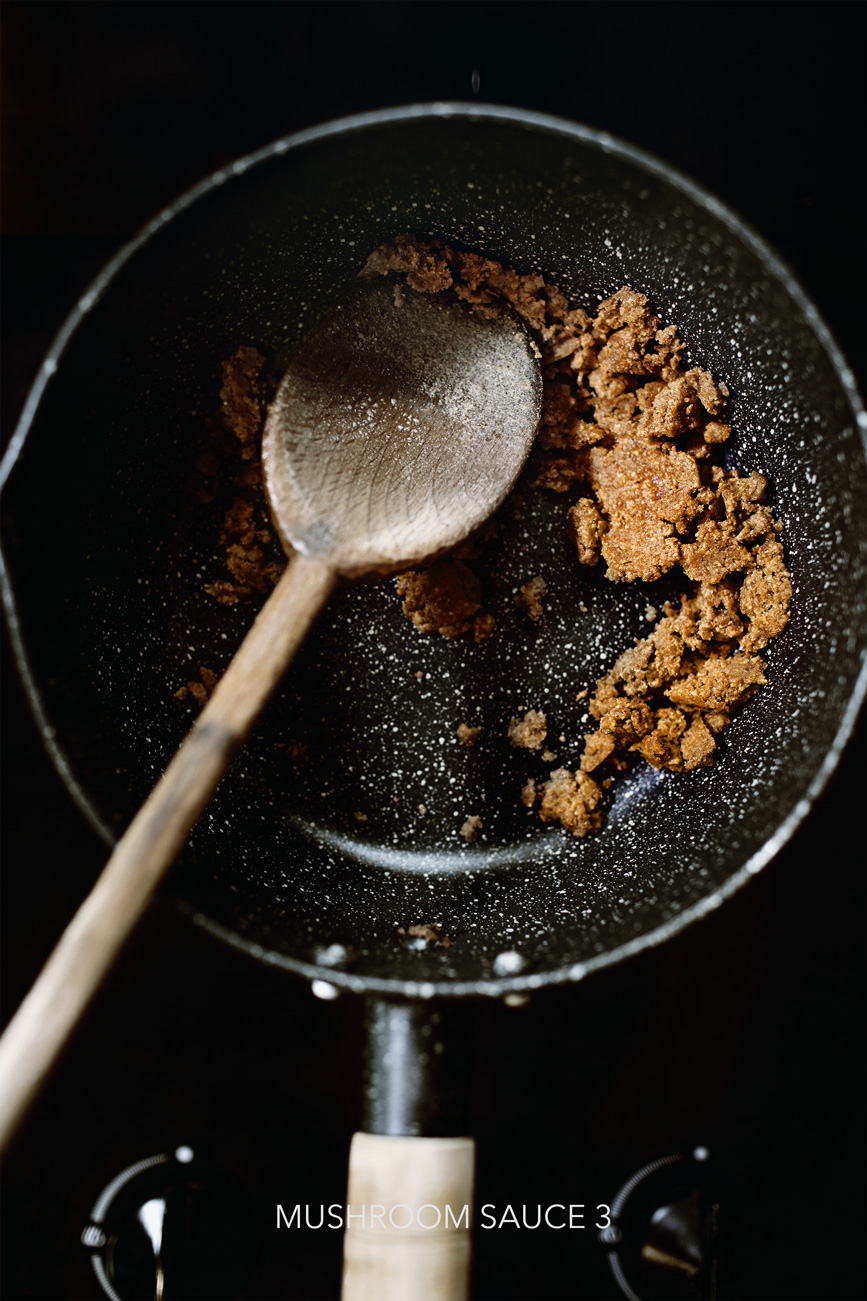 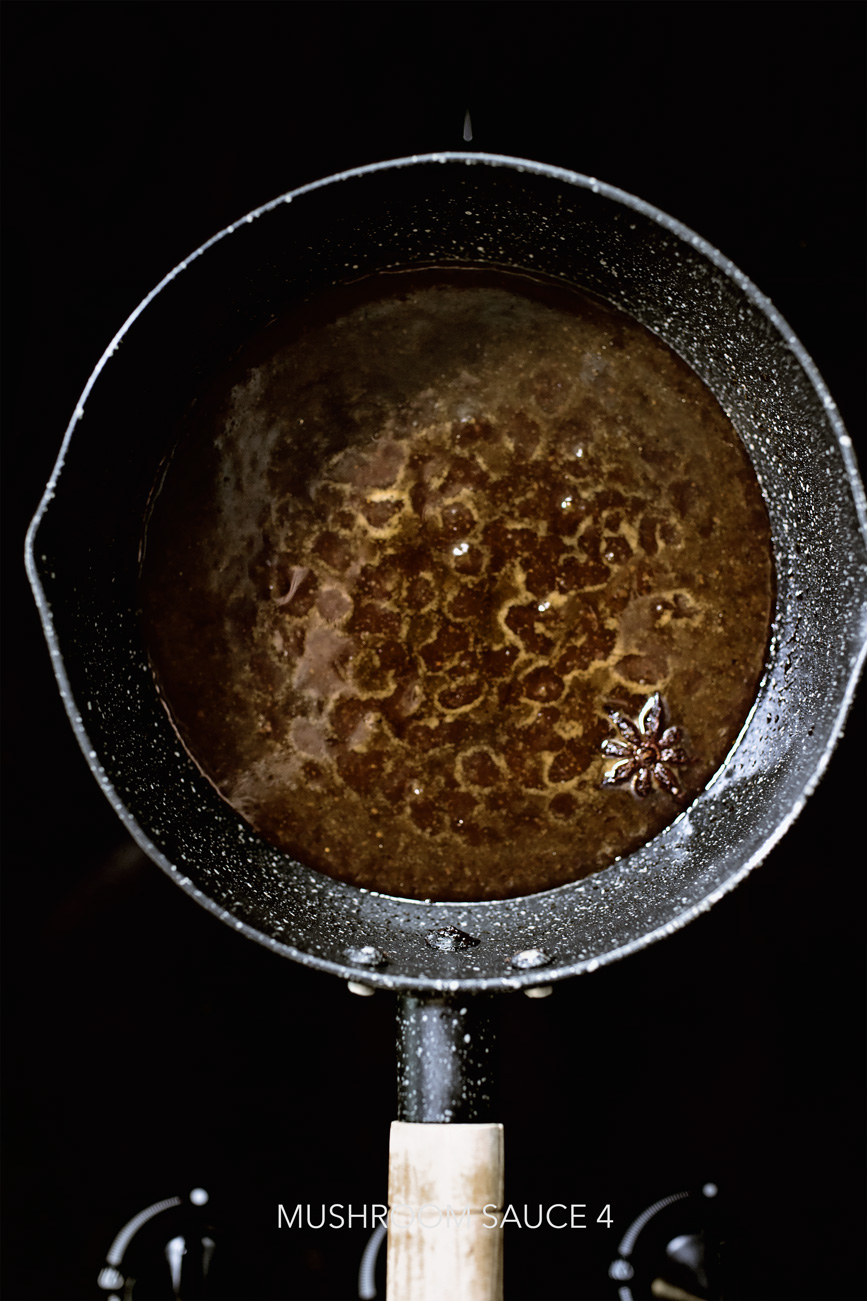 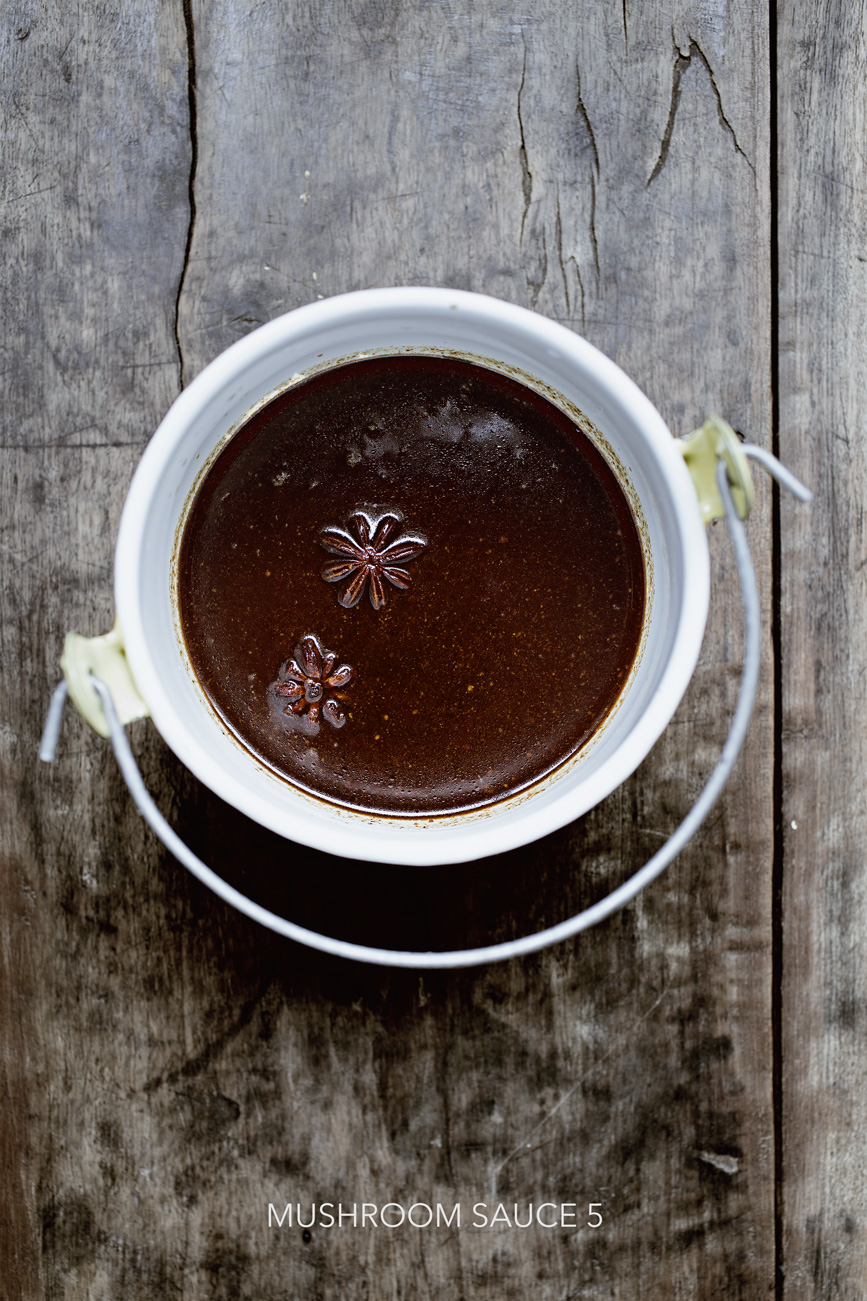 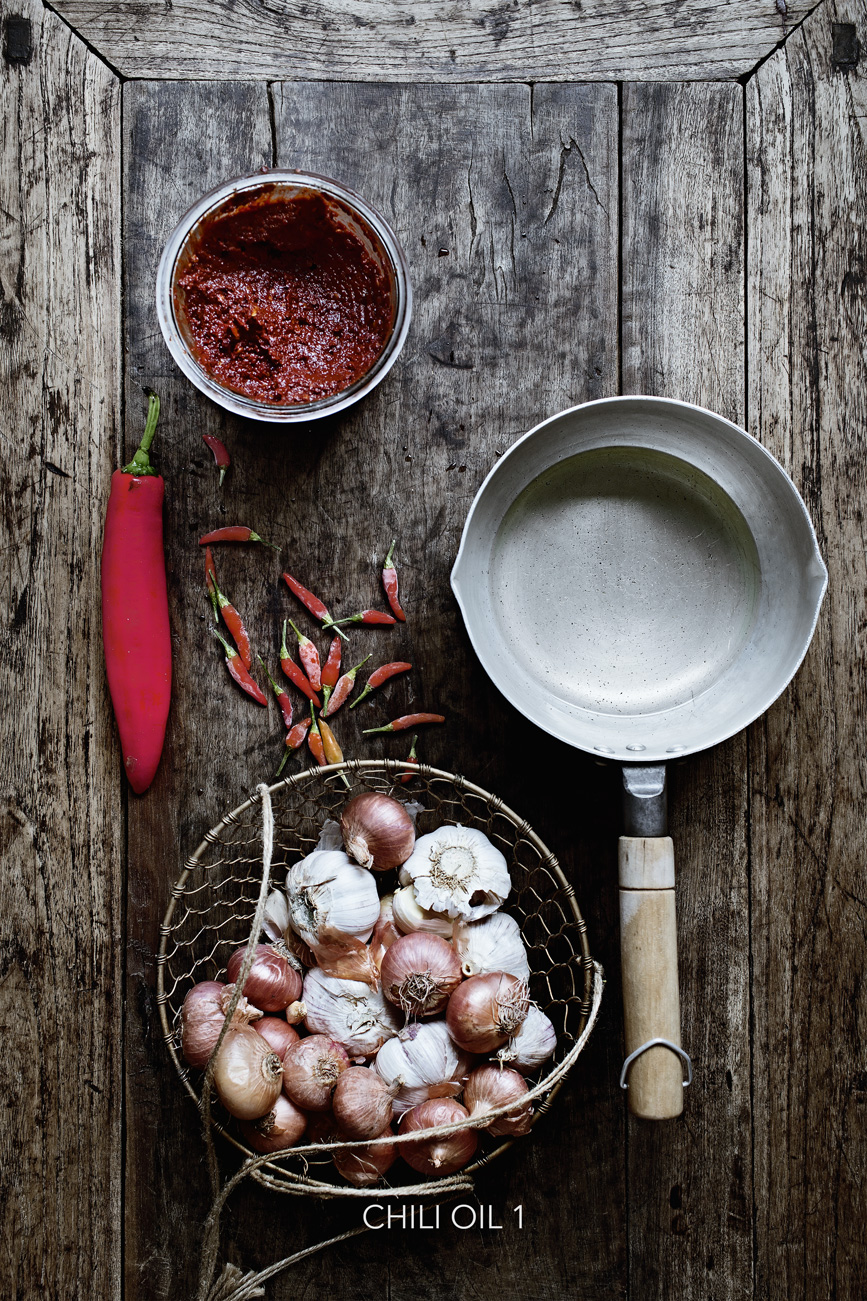 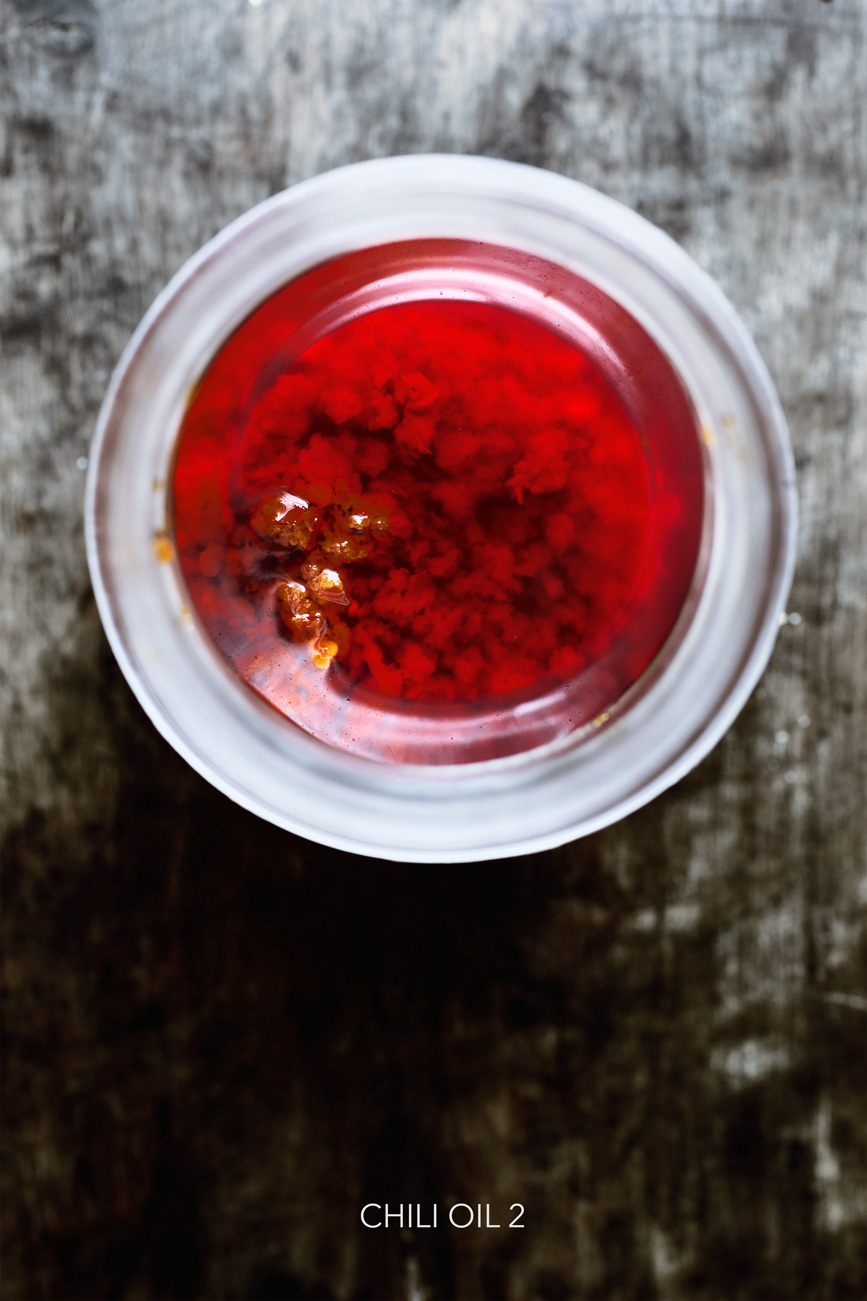 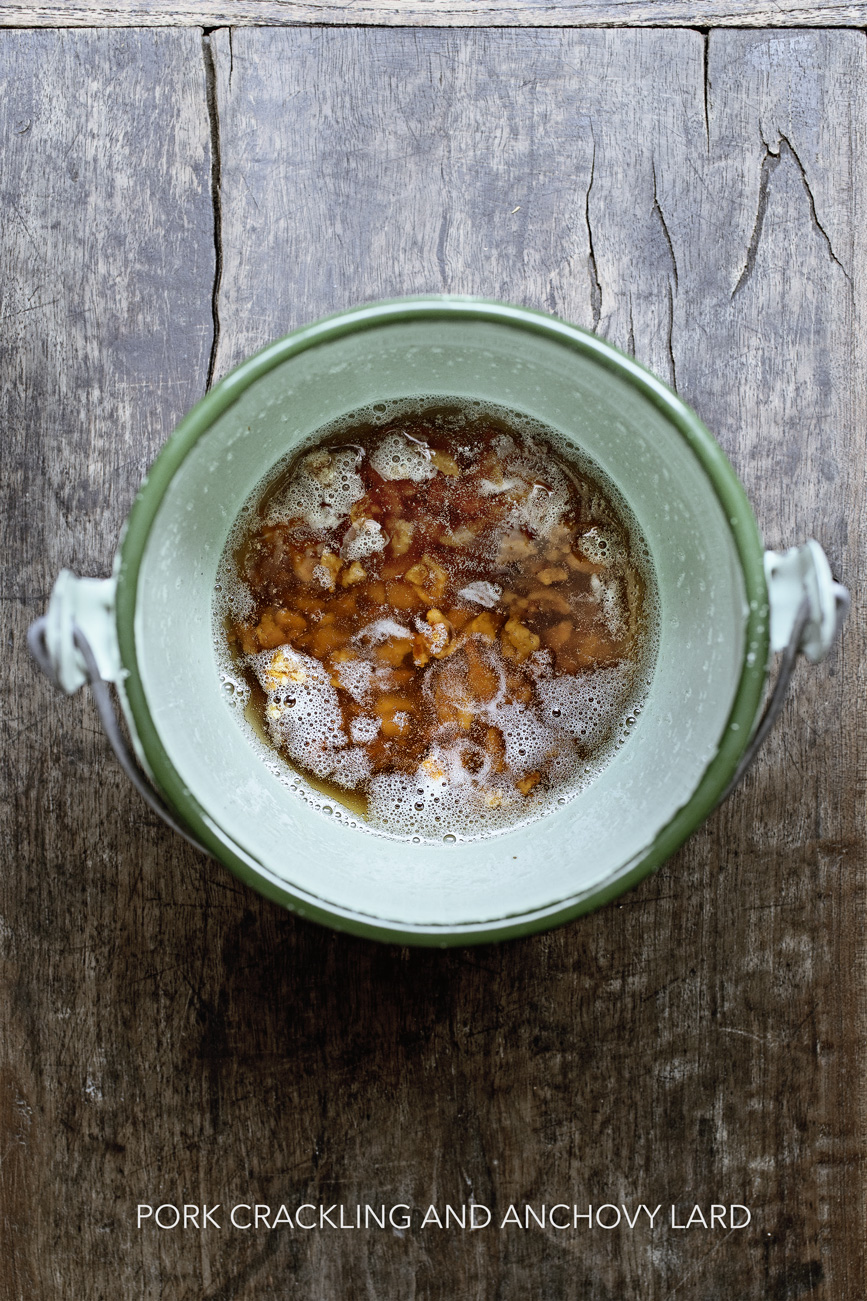 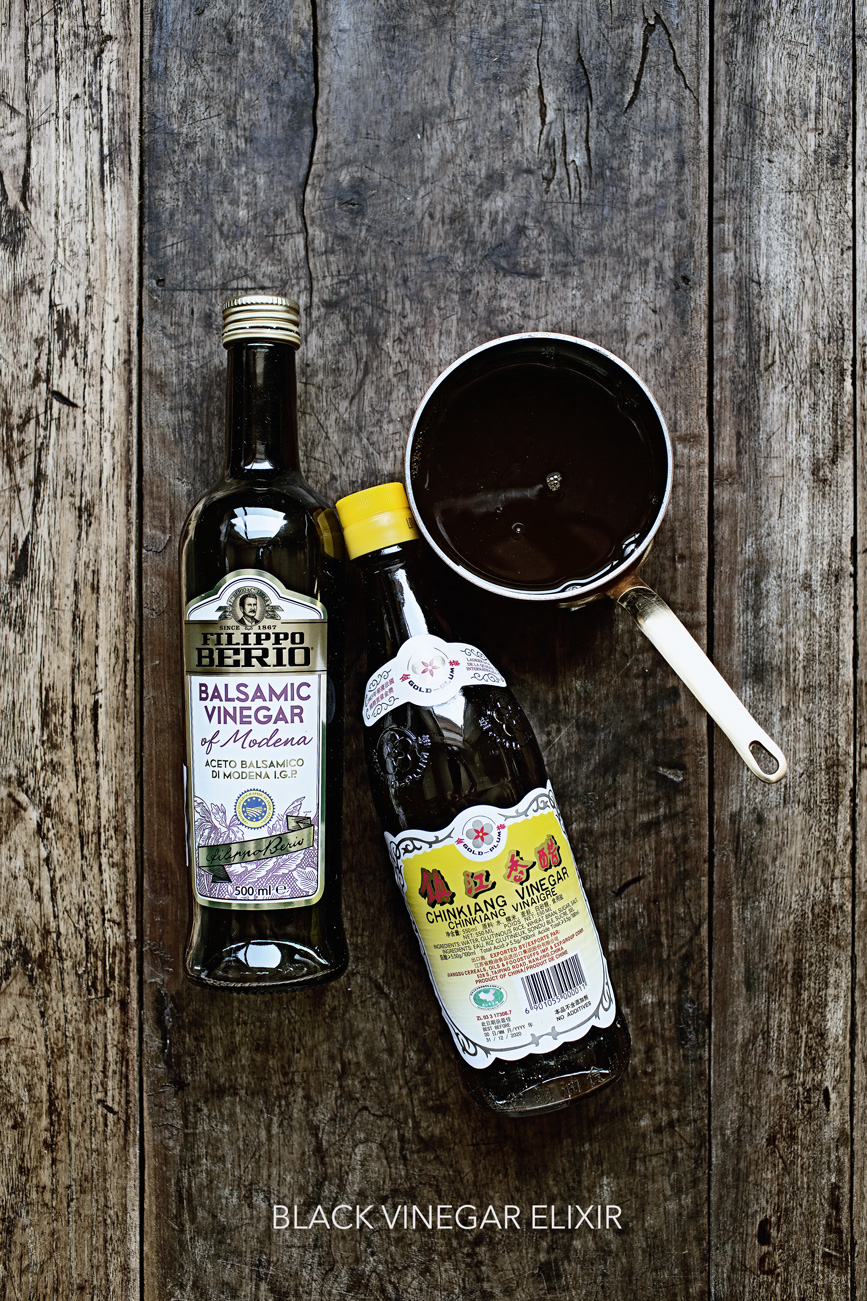 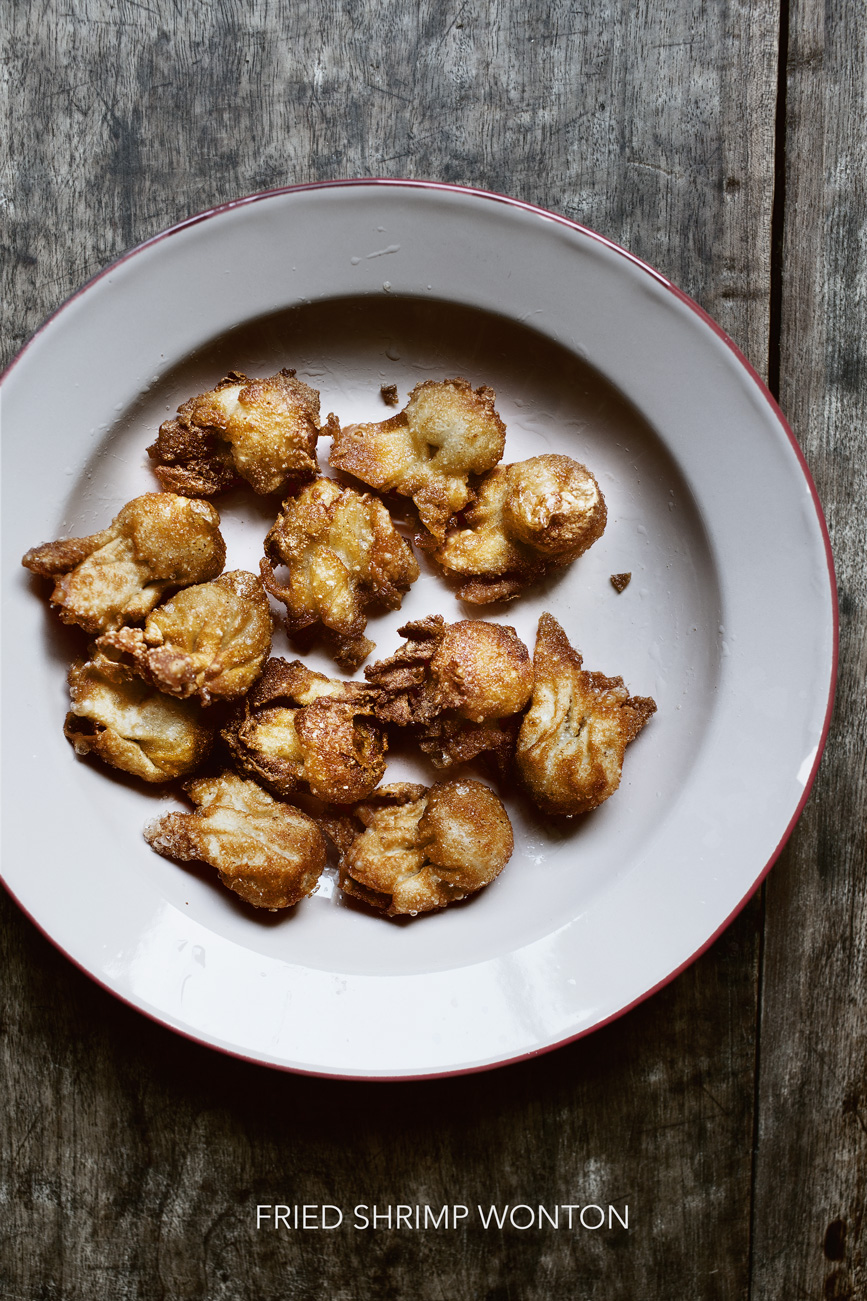 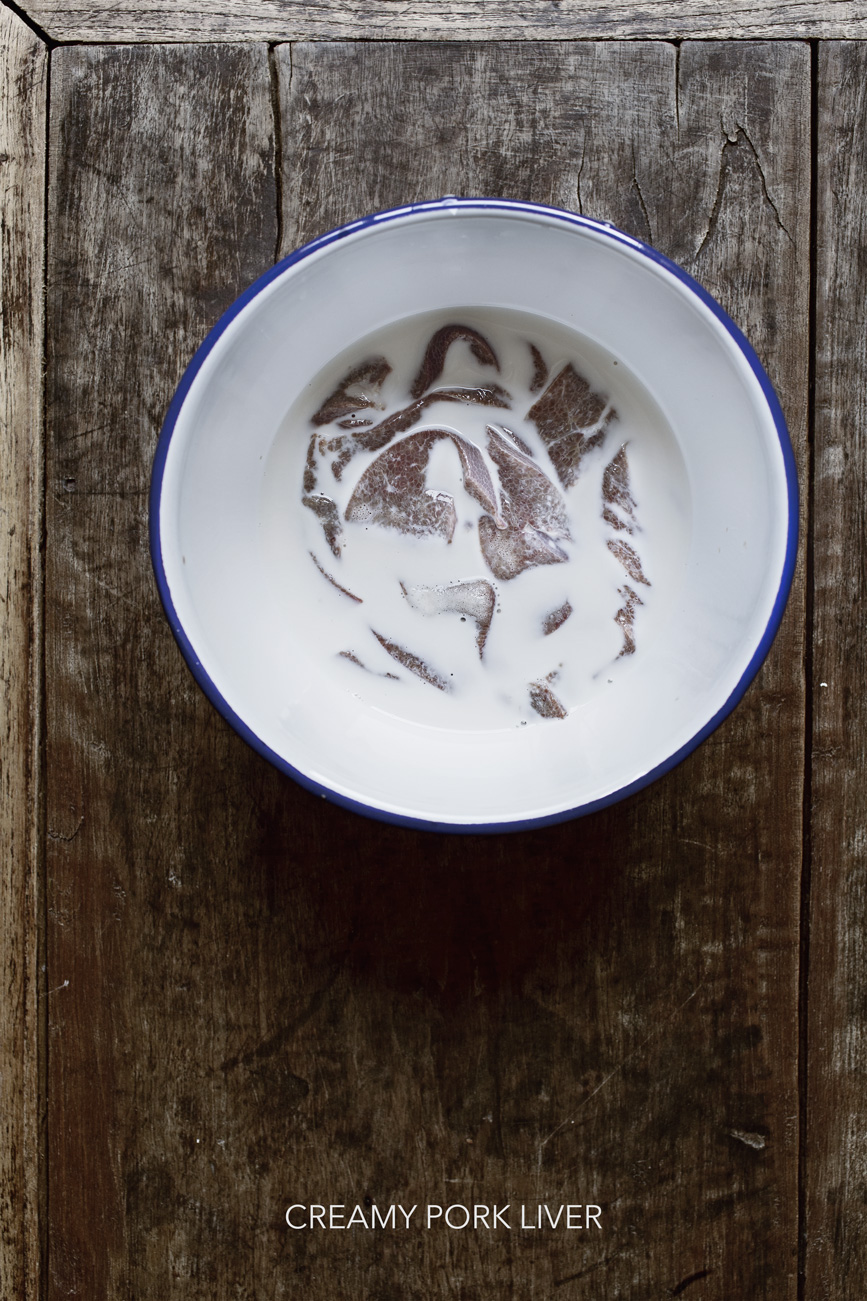 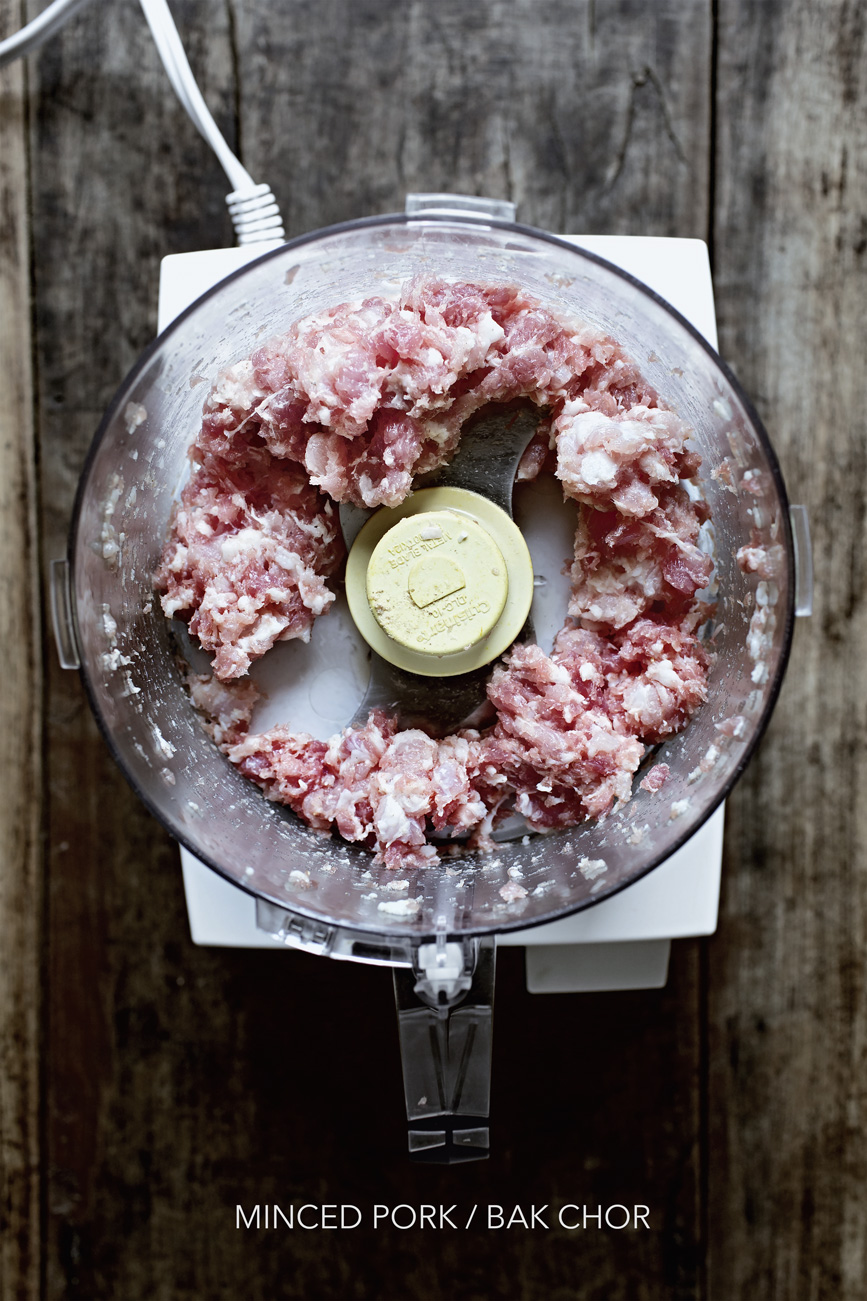 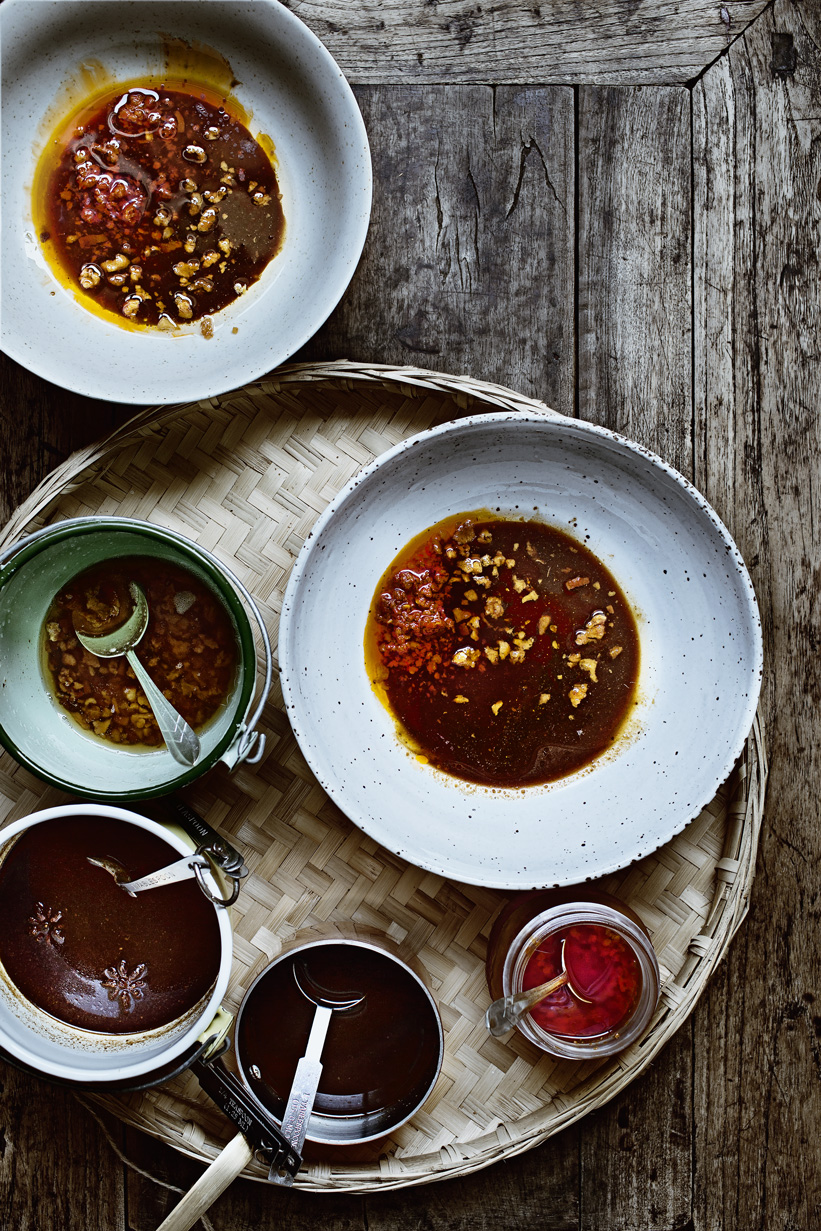 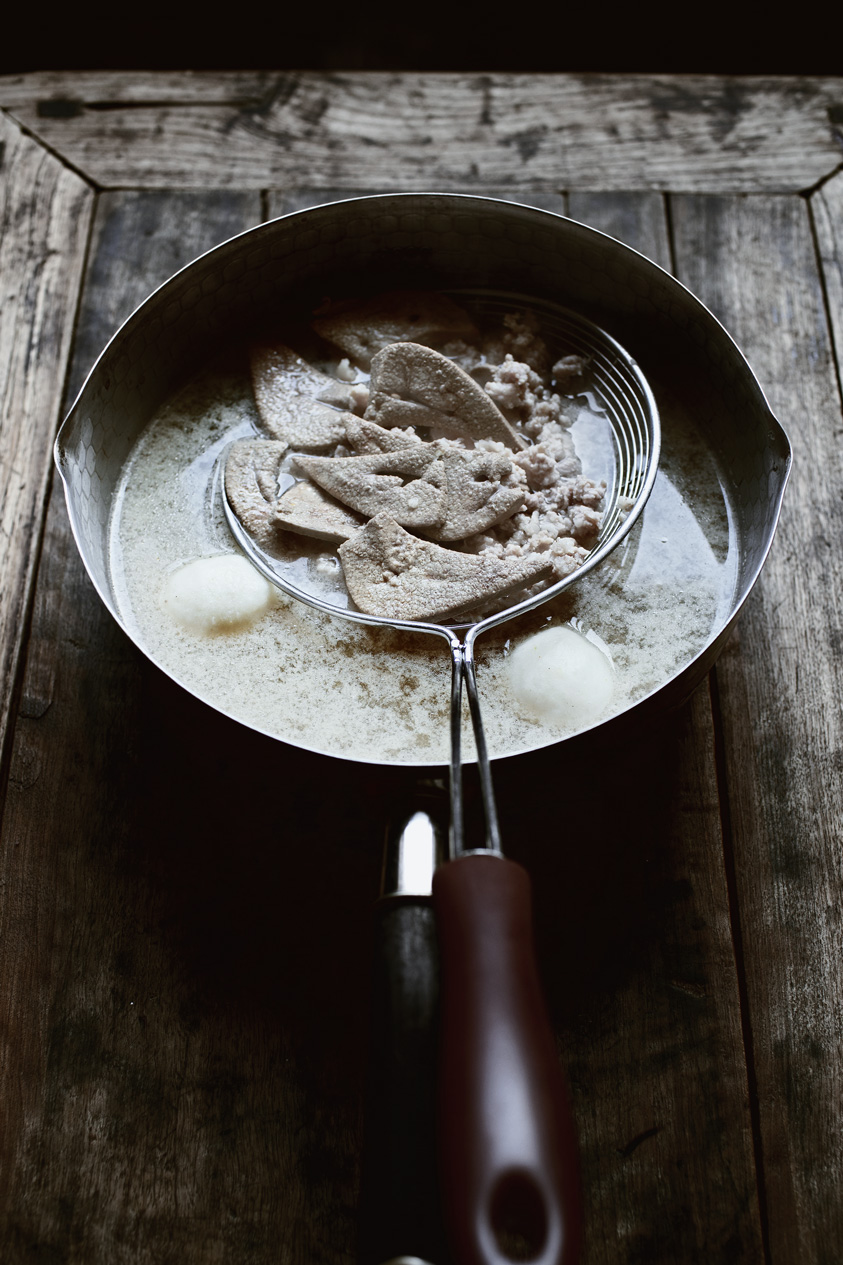 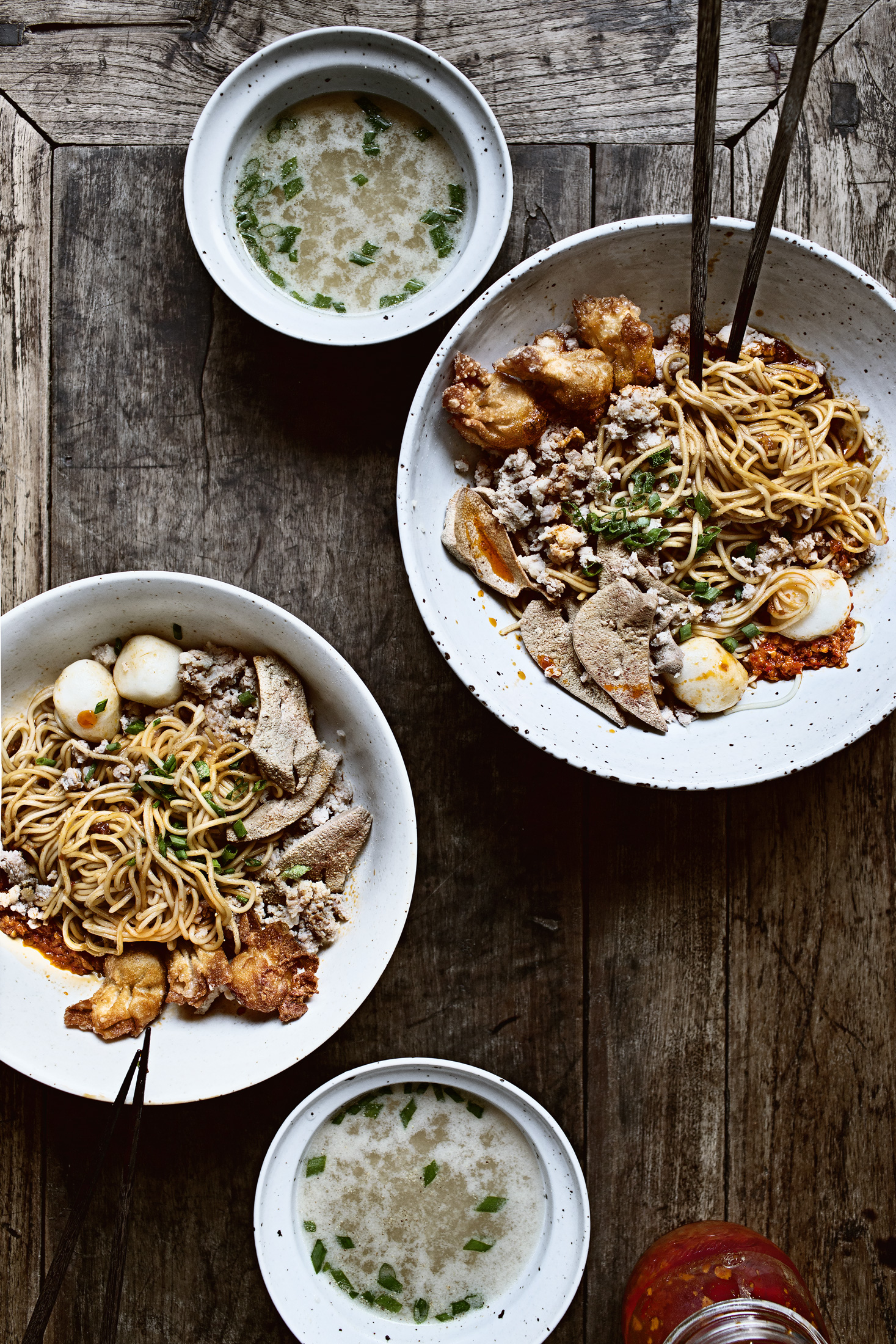 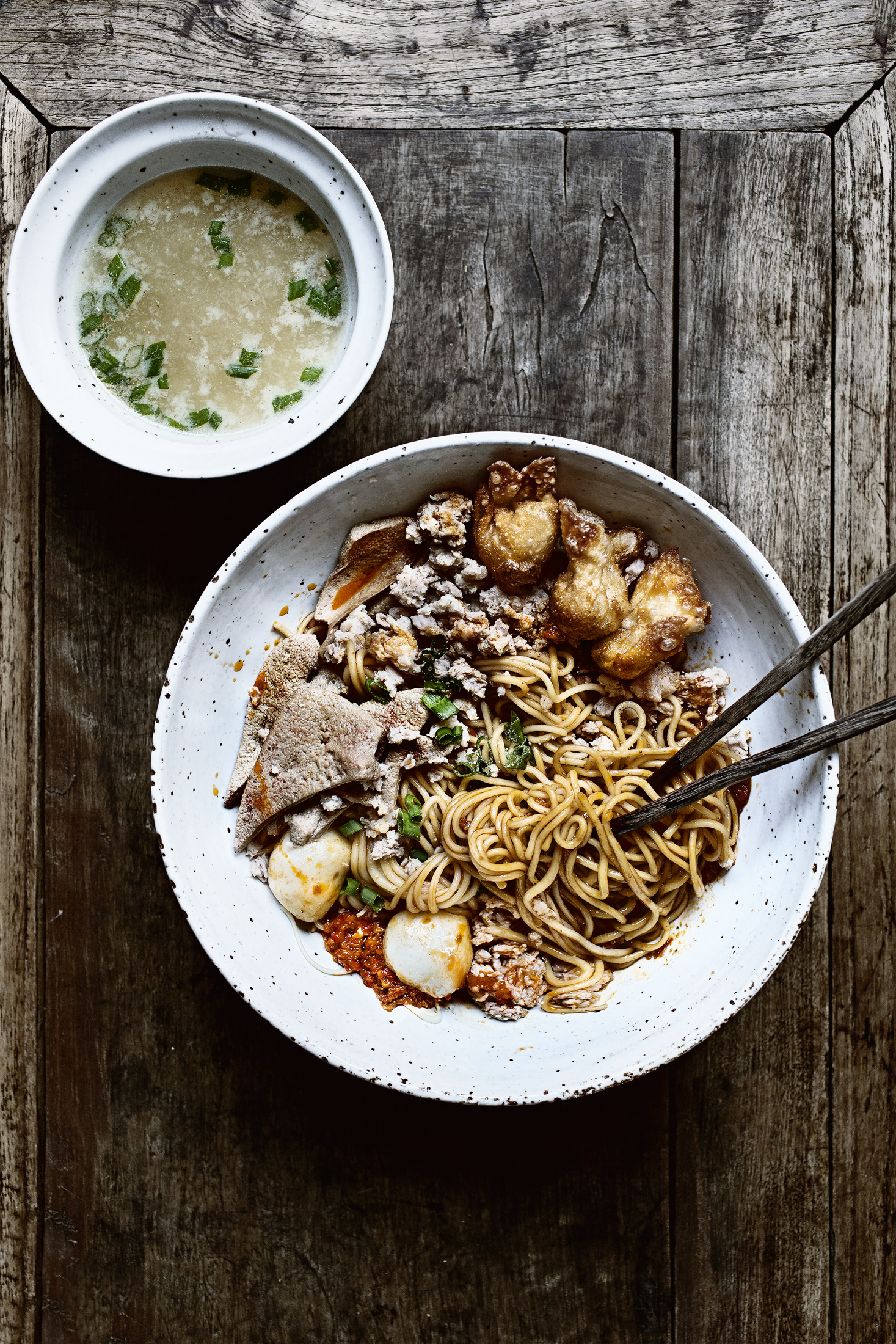 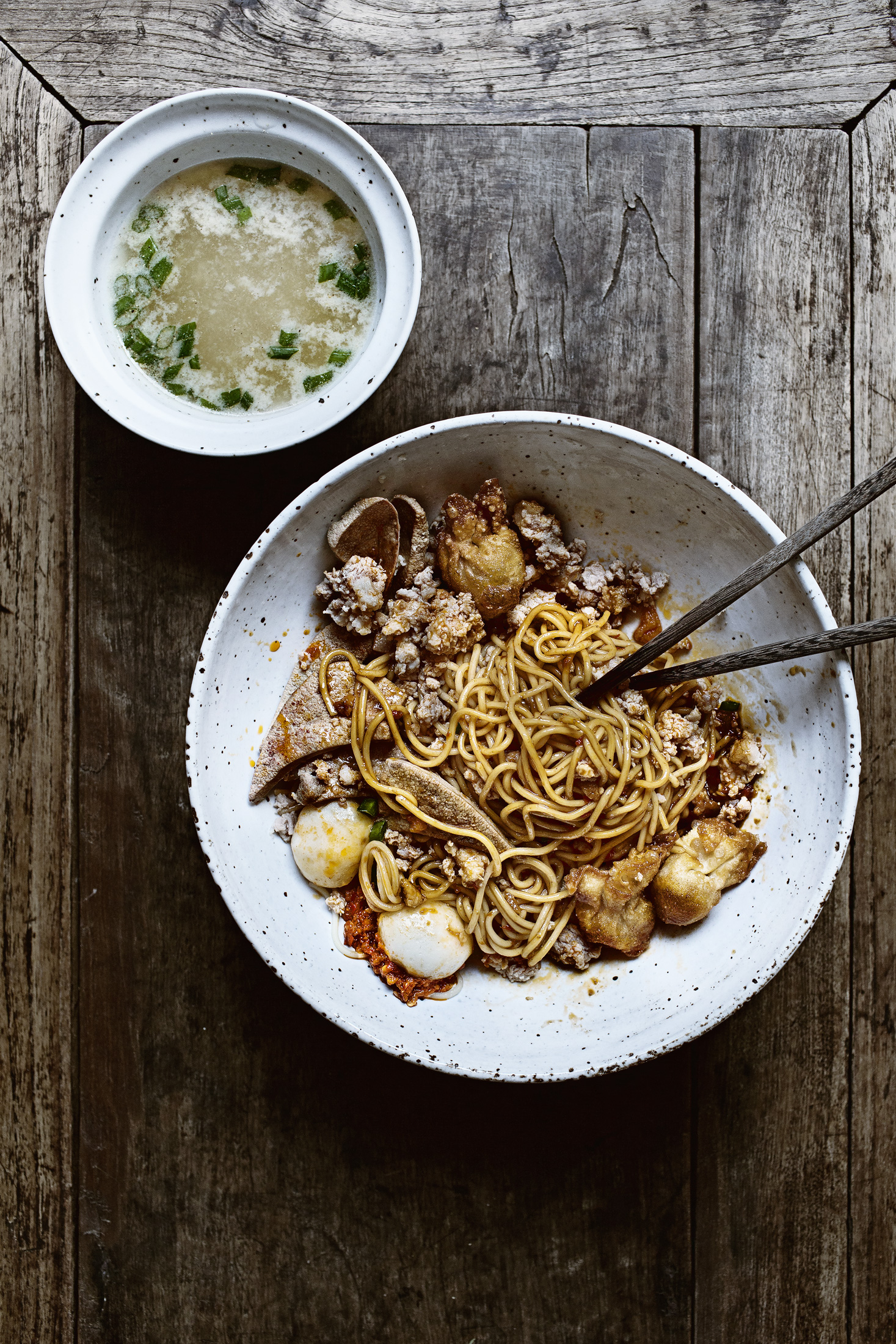 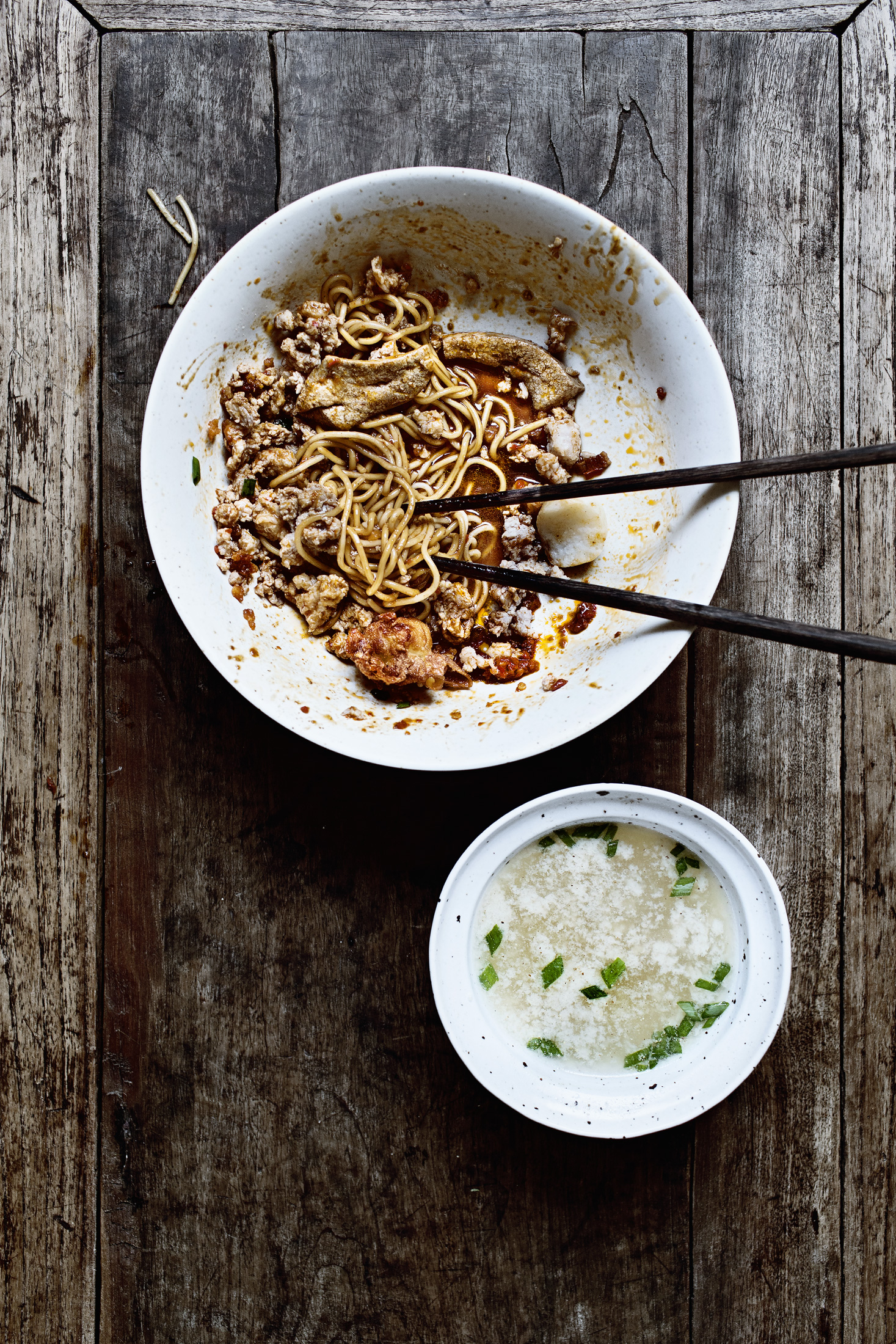 * Pork noodle, naturally, is made and cooked in pork stock. For convenience, I'm using Swanson pork bone broth which is widely available in Chinese grocery stores. But if you cannot find it, you can either use homemade or substitute with chicken stock.

** Shaoxing wine is a Chinese yellow wine commonly used for its unique fragrance in cooking. It is NOT like the clear rice wine which is much subtler in flavor. It is widely available in any Chinese grocery stores or online. Some say you could substitute with sherry wine, but I've never tried.

*** Douban chili paste is a fermented chili condiment from Sichuan. Very much like gochujang in Korea, its presence dominates across all spectrums of Sichuan cuisine. I implore you to get familiar with it. But in this particular case (since it's used as a small component for the dish), if you really cannot get access to it, you can try using gochujang (which will be much sweeter and less potent).

**** Chinkiang vinegar is one of the few widely popular vinegar of choice in Chinese cuisines. It's black with a mild fragrance, but LESS FRUITY AND MILDER than balsamic. If you absolutely cannot get access to it, you can substitute with balsamic.